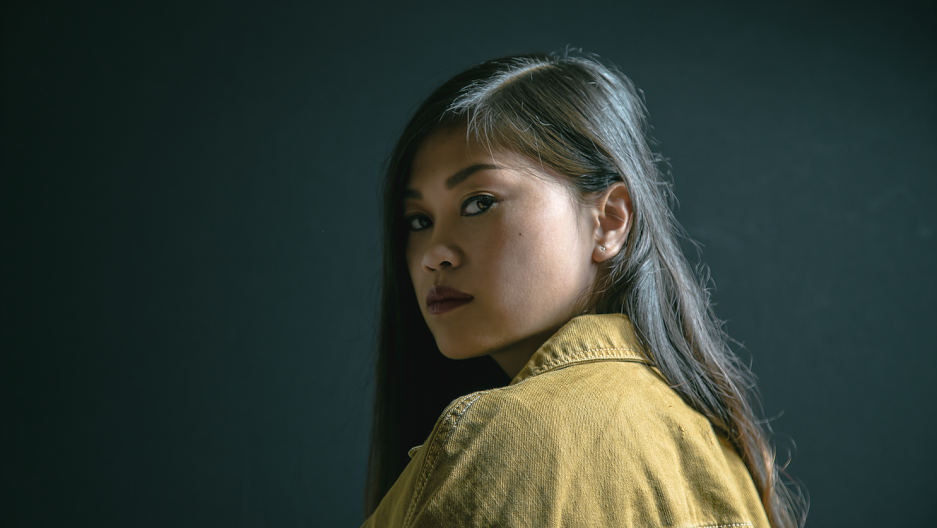 Ruby Ibarra's memories of hip-hop date back to childhood.

"I was 4 years old ... and remember being in my family's home and watching one of those Filipino variety shows," said Ibarra, referring to popular programs broadcast both in the Philippines and on networks catering to the Filipino community in the United States.

Today, Ibarra is touring with her first album, "Circa91," which refers to the year her family moved to the San Francisco Bay Area. The album, which flips between English and Filipino dialects, reflects those early musical influences.

"The performer on stage, he was rapping, he was dancing. I think he had kind of those MC Hammer baggy pants. He went by the name Francis M — the late Francis Magalona. He's one of the founding fathers of hip-hop in the Philippines," she said.

Ibarra's other influences include a mix of '90s and early '00s hip-hop artists — Wu-Tang Clan, Eminem, Lauryn Hill and the Bay Area rapper, Mac Dre. But it is Francis M's style that resonates the most with Ibarra. "He was very political in his lyrics and socially conscious," she said.

Ibarra, who began writing rhymes at age 13, started to build a following in the US after releasing videos on YouTube in 2010 and a mixtape, "Lost in Translation," in 2012.

Her first album centers on her family's experience immigrating from the Philippines to the US. Ibarra was born in Tacloban City, a provincial city in the Visayas Islands that was hard hit by Typhoon Haiyan in 2013.

"I know, for my parents, their No. 1 goal was always and will always be me and my sister ... getting an education and living a life more comfortable than they ever did in the Philippines," said Ibarra. "But I think my parents and other immigrant families are never really prepared for the harsh realities that they experience once they come here."

She weaves this theme into "Here," the first video from "Circa91."

Ibarra said she could see how her parents, as adult immigrants who still had ties to the homeland, felt like outsiders in America. Even though she grew up in the San Francisco Bay Area, home to some of the largest Filipino American communities in the US, it was still hard to escape stereotypes and racism. In the song, "The Other Side, Welcome," Ibarra raps about the life her family expected in the United States and how those expectations did not always match reality.

See, we hopped up on that plane with the nosebleed seats
And if we learn too much English, it's a "nosebleed me"
Juxtaposed with self hate, this flat nose goes deep
'Cause we know they turn they nose up when they don't need me
It's always on their terms, any percent you earn

Ibarra often brings up the issue of colorism, a form of discrimination based on skin color.

"I just remember hearing it all the time as a kid. I would play outside in the summers and I'd come back in and my aunties would be, like, 'Ugh! You look so haggard! You're getting dark!' And ... every time I go back home to the Phillippines, I see these aisles and aisles of skin whitening soaps and lotions," Ibarra said. "These are still ads that continue to run in 2018. Why don't we have people that look like my sister, that look like my mother? So there needs to be diversity, that's what I'm trying to get at with songs like 'Brownout.'"

They teach me to erase that brown, subconsciously I lose my crown
'Til I don't even recognize the person that's inside me know
We came from the slums once, now livin' the humdrum.

Along with featuring several female rappers, including Faith Santilla and rappers Rocky Rivera and Klassy, Ibarra also said she made a conscious decision to rap in Filipino dialects as well as English. The track "Playbill$" features lyrics in Waray, a dialect native to her hometown. In the past, she has also rapped in Cebuano, a dialect spoken in various regions of the Philippines, including her father's hometown of Davao.

"From a rapper's standpoint, Waray and Tagalog are very percussive. I felt like it was perfect for hip-hop," Ibarra said. "It just completes the story if I also tell it from those languages. It's beautiful languages that people need to hear."

"I’m not here to say that my experience, especially in the album, is the definitive Filipino-American experience," Ibarra said. "It’s just one lens, one glimpse of the story. And that’s why I hope that other artists or other voices out there speak their stories. There needs to be more visibility and representation. If people want to call this activism, then so be it. At the end of the day I just want to speak music that's real and that's true."