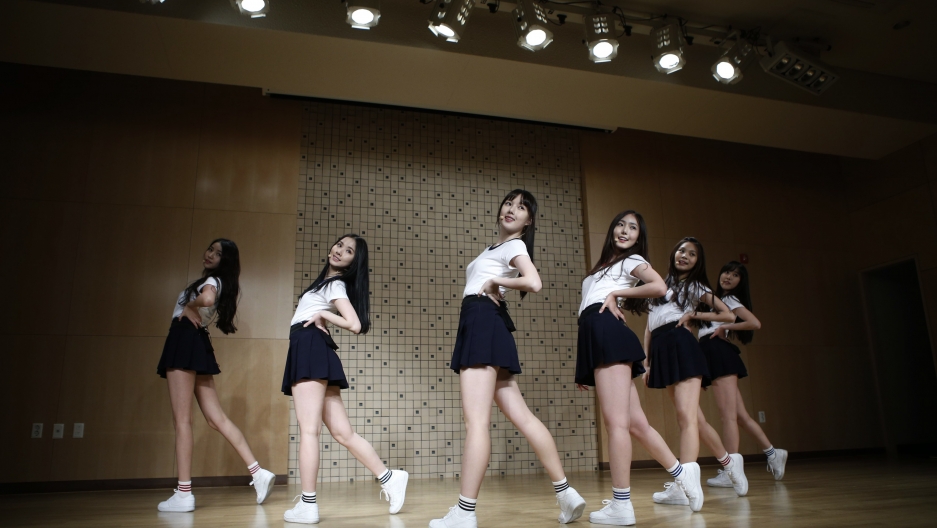 K-pop doesn’t sound anything like traditional Korean music. But the two waves of music are shaped by the politics — and, sometimes, the countries — surrounding them.

In 1965, the Smithsonian Folkways recording label put out "Korea: Vocal and Instrumental Music." The album comes with a set of notes by Paul M. Ochojswki, who notes that traditional Korean music was heavily influenced by the country's neighbors. Legend says that Chi-tsu, a Chinese overlord, introduced various musical instruments and styles to northern Korea. Eventually, that introduction would explain the use of the pentatonic scale in traditional Korean music.

The origins of songs like "Torachi Taryung," by Kim Ok-sim, are uncertain. Ochojswki even says the song, despite being included in this collection of Korean music, can be found in China, Japan and Russia. The singing, however, is in a “distinctive traditional Korean manner,” or pansori.

Politics have also shaped the country's music. From 1910-1945 the cultural milieu of Korea was imposed by the Japanese occupation.

Enka, a genre that resembles Japan’s traditional music, influenced new genres like trot, which features a two-beat measure that resembles polka and the foxtrot. After the occupation, trot changed again.

According to Cedarbough Saeji, a post-doctoral scholar at the University of British Columbia, the Korean government was insistent on reshaping a national identity apart from Japan. Music that sounded anything like Japan would not be broadcast and would be banned.

So trot musicians set out to distinguish the sound by including more acceptable like Western influences and singing styles. During performances, musicians would embody more traditional values and wear traditional Korean clothing, such as hanbok. Also, trot was not allowed to sound depressing.

The sugar-coated, highly produced sounds of K-pop that we know today, meanwhile, began to evolve in the late 1980s.

South Korean media began to broadcast more music styles — including rock 'n' roll and American pop. A 1992 television performance by Seo Taiji and Boys is credited as the genesis of the style: The band's song, “Nan Arayo,” has evident influences of new jack swing and hip-hop styles both musically and visually.

Putting the "K" in K-pop is a challenging task for the diverse music ear. It so clearly resembles hip-hop, Europop, trap, or that one song from the Top 40. There are even K-pop songs produced by the teams on those Top 40 charts.

But domestic politics and censorship shape the image of K-pop stars. They are expected to follow traditional gender roles and refrain from LGBTQ storylines. Some artists are able to get away with homoerotic narratives, or at least playfully subvert the rules.

Even so, K-pop distinguishes itself from its influences by amping up its performance and bringing twists through language. K-pop has seen some notable success on the charts and the fan base is increasing. And even with its influences in mind, K-pop stands on its own: extremely polished, vibrant, well rounded and distinct.

A-side B-side is a recurring segment on The World that compares the sounds and ideas of two songs, albums or artists. On the A-side: a folk or traditional selection; on the B-side: a contemporary selection.