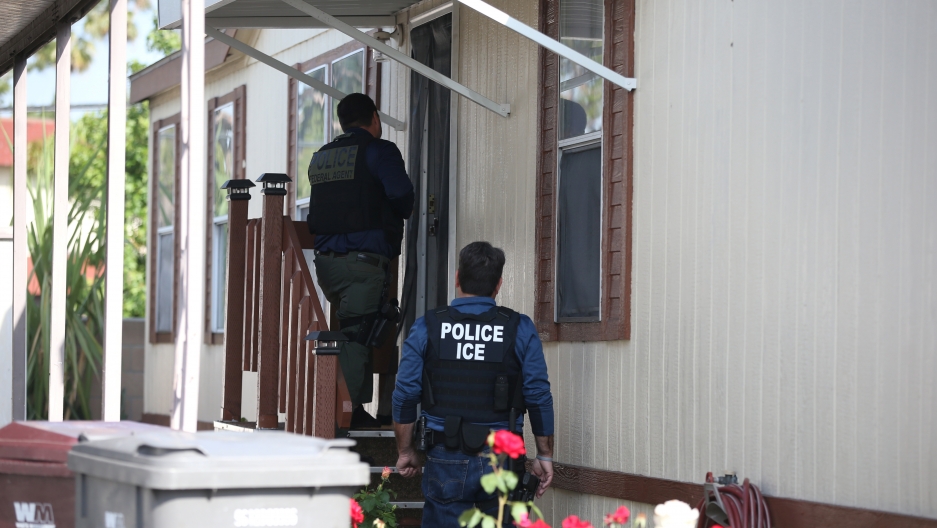 Immigration reform topped the agenda of the US Senate this week with lawmakers engaging in a no-holds-barred, old-fashion debate. They attempted to hammer out a plan to address the cancellation of DACA — the Deferred Action for Childhood Arrivals program that gave undocumented immigrants brought to the US as children work permits and temporary protection from deportation. They also tackled other issues, including border security, legal immigration pathways and the Diversity Visa Program.

There were four plans on the table. None got enough votes to move forward in the legislative process.

With no deal in sight, many people with DACA remain in limbo. Two federal court injunctions have allowed some DACA recipients to renew their work permits and their DACA status. However, some work permits have already expired since the Trump administration began winding down the program on Sept. 5, 2017.

Erick Silva-Palacios, a 23-year-old DACA recipient and high school teacher in San Jose, California, got his renewal this week. His status is valid through 2020, but he says that he can’t depend on DACA staying in place.

“I can't allow myself to get stuck in the ‘what-ifs’ because the ‘what-ifs’ change every day,” Silva-Palacios says. “Because you don’t know what the next obstacle and hurdle is going to be.”

Without an agreement on DACA,  comprehensive immigration reform seems to be even further away. Many undocumented immigrants — with or without DACA-issued work permits — remain vulnerable to deportation.

At the same time, Immigration and Customs Enforcement (ICE) continues to ramp up its operations, including in the interior of the country. According to the Pew Research Center, ICE apprehensions rose to a three-year high in the 2017 fiscal year.

Now, ICE has contracted with Vigilant Solutions, a company that helps law enforcement agencies track license plates on cars in real time. Russell Brandom, who reported the story for The Verge, says police departments mount cameras on their cars or in fixed locations to read license plates. Those numbers are then cross-checked with databases to see if a car has been stolen or if the owner has an active warrant or expired license.

Brandom says municipalities have different agreements with Vigilant. But many have agreed to let the company service the cameras at a discount or for free in exchange for feeding data back to the company.

“It really is this sort of nationwide surveillance network that's been built up privately outside of the reach of a lot of the safeguards that would normally exist if ICE had built this database itself or if we were getting it, sort of, from federal agency,” Brandom says.

ICE could tap into Vigilant’s database, search for a specific license plate and see where it’s been. ICE could also potentially enter a license plate into a “hot list,” so that the agency would be alerted if the plate was spotted, says Brandom.

Civil liberties and immigrant advocacy groups are concerned that ICE will use the database to target and track undocumented people. It’s especially alarming to municipalities that consider themselves sanctuaries and do not actively participate in any aspects of ICE’s actions.

“You have ICE becoming much more aggressive and much less targeted and, sort of, coherent,” Brandom says. “And I think when you have that being mediated by a private corporation, it gets even more complicated.”

Vigilant's contract with ICE has at least one city concerned about its own relationship with the company. Alameda, California is an island city connected to Oakland through bridges and underwater tunnels.

The city has been working with Vigilant Solutions since 2014, and like in other law enforcement jurisdictions, license plate data is fed to the company through cameras mounted on police cars. The city has been considering adding more fixed cameras on the bridges and in tunnels as part of the police chief’s response to a recent increase in crime.

But because of Vigilant’s contract with ICE, Alameda Mayor Trish Herrera Spencer says the city is now looking at other companies for its license plate reader system.

“[Vigilant] did ensure that, in fact, any data collected is kept separate,” Spencer says. “However, it is our council's position that we do want to do our utmost to ensure that the data is, in fact, not shared with ICE."