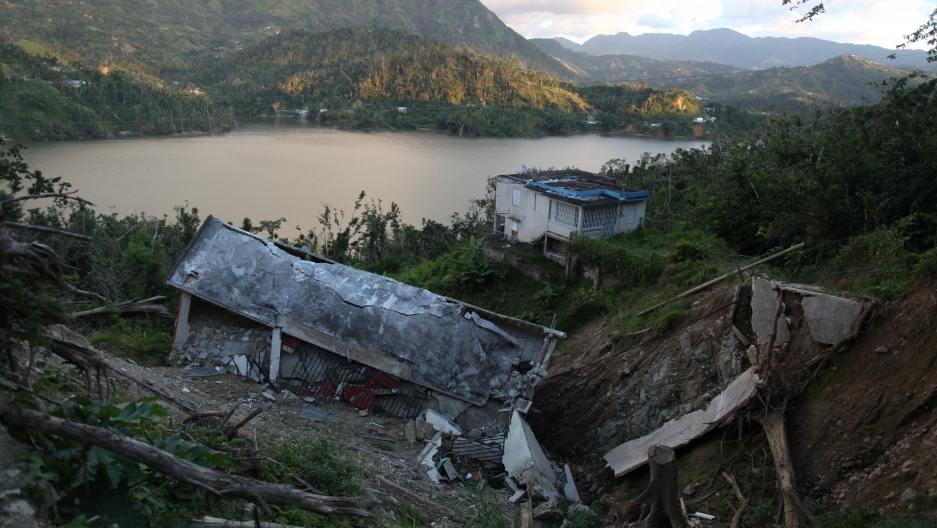 A house destroyed during Hurricane Maria in September 2017 is seen in Utuado, Puerto Rico, Feb. 1, 2018.

In December, three months after Puerto Rico was pummeled by Hurricane Maria, a spokesman for the island's tourism industry declared it was open for business. But much of Puerto Rico is still struggling to get back on its feet. So, what's an island-lover to do for spring break? Embrace the devastated destinations or give them space to breathe?

Arnie Weissmann, editor-in-chief of Travel Weekly, a business journal of the travel industry, tells The World that tourists should go to disaster-hit areas, but do research first.

"Get some local intelligence" before deciding where and how to vacation somewhere, Weissmann says. But if local tourism experts give the green light, as in the case of Old San Juan, Puerto Rico, "there's nothing better you can do than stay at their hotels, eat at their restaurants and shop."

Just be sensitive to people's suffering — which means no selfies in front of collapsed buildings. "I think it's unethical to go into an area that's just experienced some sort of horrific tragedy, and it's just a backdrop for your social media," Weissmann says.

A previous version of this story misspelled Arnie Weissmann’s name.

To hear more from Arnie Weissmann on how to be a respectful traveler, listen above.