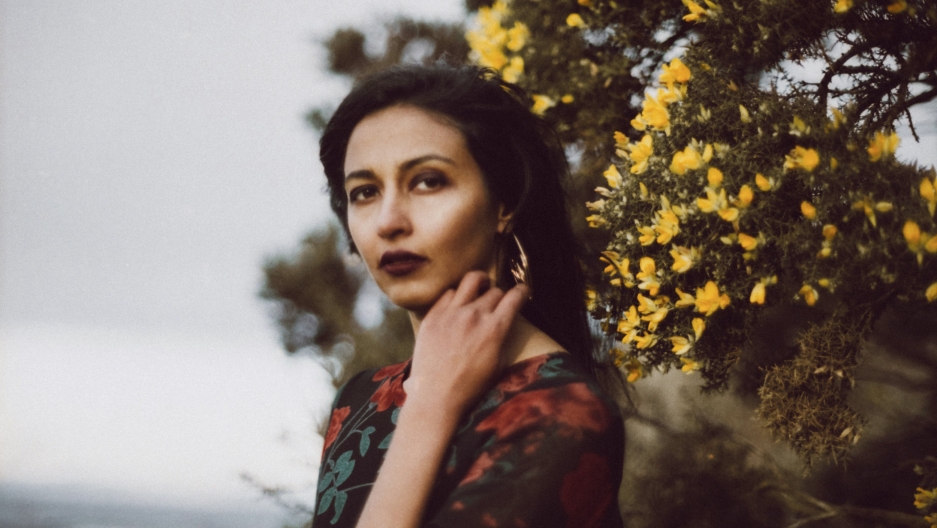 Lakshmi Ramgopal, known as Lykanthea, nestles comfortably in the electronic-ambient genre. But much more recently her projects have incorporated greater influences from her South Indian-Tamil culture. The historian and musician is revitalizing her childhood education in Carnatic singing to breathe new ideas into her music.

Carnatic is one of two systems in Indian classical music and it is the style from which Lykanthea tends to draw. The system knits together a unique set of pitches that are sung in improvised cycles. In the genre, the singer navigates a melodic pathway, exploring relative notes alongside percussion. It can be hard to just imagine. But there are a few examples from the Smithsonian archives that help realize the idea.

In "Ragas of South India,"  the track“Varna: Shankaraburana” basks in this persistent percussion as the singer coaxes new rhythms from the foundation. It's an intoxicating relationship that relies heavily on a balance of improvisation and consistency. The singer's voice delves and dips between the drums, adjusting every which way, holding the improvisation for the end. Fuzzy and droning textures warm up beneath the voice until they dip under together, finding new melodies. It’s just one example of a highly skillful improvisation.

Lykanthea is not sampling this music. Instead, she works with her own familiarity with the genre in order to create a sound that's unique to her personal understanding. “There’s nothing traditionally Carnatic about the music I make now. Rather, it is the music that someone who has been listening to that kind of music would make,” she says.

In her earlier project, "Migration," Lykanthea has very subtle hints of this incorporation through droning. But her inclusion of unique drumming styles and the sruti box in her MCA performance were much more explicit uses of Indian classical music. The links between these two styles for her were inevitable.

Lykanthea balances knowledge and distant familiarity to create a unique use of her cultural heritage in her music.

"I think being part of a diaspora so much of it has to do with putting together disparate bits of knowledge into a cohesive narrative,” she says.