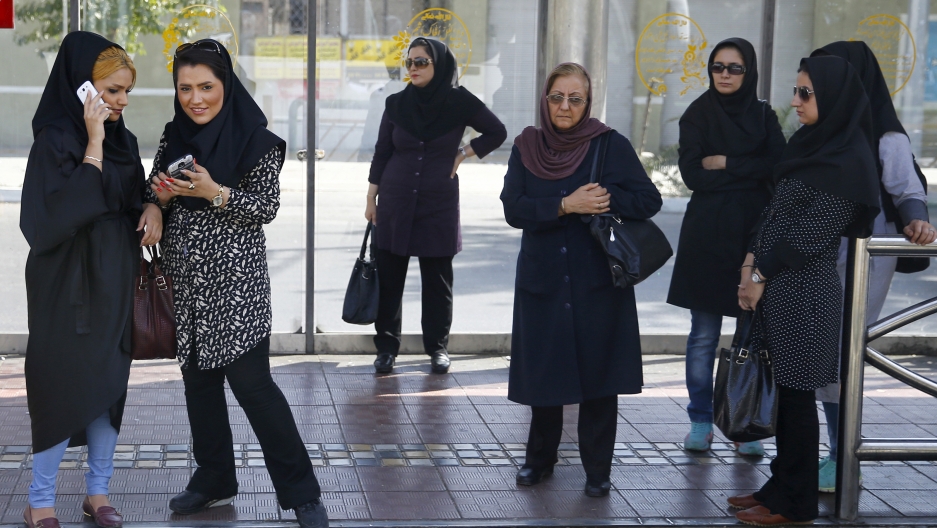 On a cold December day, she did something drastic.

The woman went to one of Tehran's busiest streets and climbed onto a utility box. She then removed her headscarf and hung it at the end of a stick. She stood in silence, waving the stick back and forth. She was protesting the compulsory hijab in Iran that has been in place since the Islamic Revolution in 1979.

A couple of the passers-by looked surprised. Some took out their cellphones and snapped pictures and video.

Soon, the footage was shared all over social media. People began to wonder about the woman's identity. No one knew her name. She sparked a sort of collective nickname, "The Girls of Revolution Street" — plural because others began doing the same thing with their headscarves — and Revolution Street is thought to be the site of her demonstration (and where this video was taken). The hashtag #دختران_خیابان_انقلاب took off.

This woman in #Iran took off her #Hijab to protest the mandatory Islamic dress code imposed on Iranian women. #IStandWithHer #IranProtests #Islam pic.twitter.com/G6oKHIPA68

Then, news circulated that she was arrested. And her name was revealed: Vida Movahed. According to human rights lawyers in Iran, she has since been released.

Movahed's action set off similar moves across the country. A handful of women in various cities have been scaling utility boxes — or anything that offers some elevation — and taking off their headscarves and waving them on a stick.

The actions of these women (and some men) have created a buzz.

PRI exchanged messages via social media with a 23-year-old student in Tehran who says she was inspired by the videos and photos. She decided to stage her own act of defiance. She walked the distance between her home and her school bareheaded.

"[...] I felt ashamed that these women put themselves in danger to protest and so I decided to wrap my headscarf around my neck instead of using it to cover my hair," she wrote. "At first I was terrified." 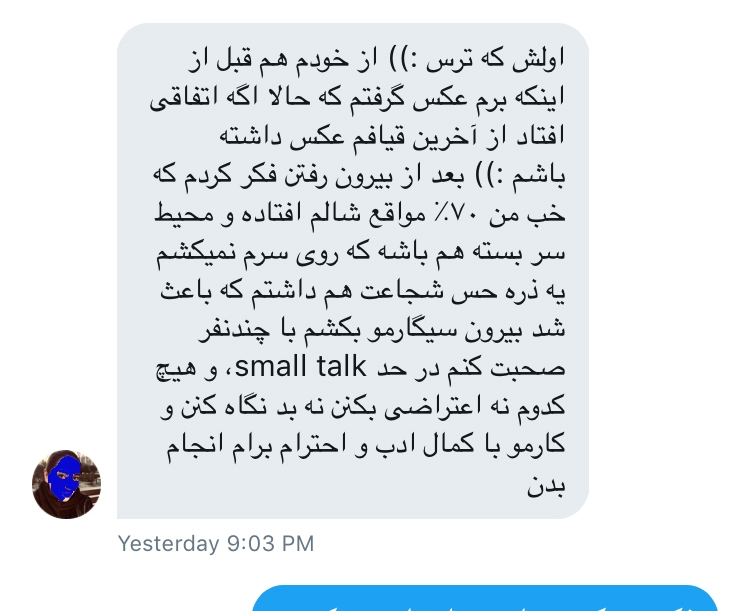 But then, she explained, "I noticed that people are not paying too much attention and they actually don't mind that I am not covered. That gave me strength."

The young woman pointed out that she didn't do this in a terribly crowded area and that a couple of passers-by assumed that her hijab had slipped off.

She said she is not sure if she has the audacity to do what she did again. "It's very scary, I'm sure you understand," she wrote.

On Thursday, Iranian media reported that 29 people have been arrested because of their support of this campaign. The arrests could intimidate would-be protesters.

The young woman PRI reached in Tehran said she hopes that doesn't happen and that the campaign continues. "I am so tired of all the inequality here," she wrote. "It'd be great if this is the start of something bigger in terms of women's rights in Iran."

She says she is not against the hijab altogether — she only wishes women had the option to choose.