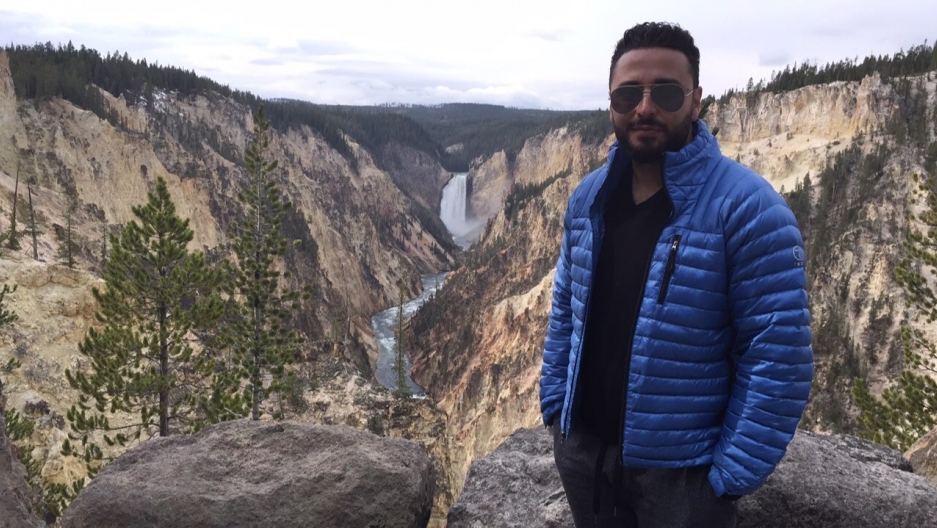 Amr Sinna, hiking in Yellowstone National Park. Sinna learned Wednesday that his Temporary Protected Status will be extended through September 2019.

One by one, in recent months the Trump administration has announced the end to Temporary Protected Status first for Nicaraguans, then Haitians and then Salvadorans.

This caused considerable anxiety for some of the nearly 7,000 Syrians who for several years have also been able to live and work in the US legally.

Amr Sinna is a young software engineer and resident of Watertown, Massachusetts. He says he has been glued to CNN, waiting for word on whether or not the Trump administration will extend TPS for Syrians like himself before it expires in March.

Finally, Wednesday night, the announcement came: TPS for Syrians will continue through September 2019.

When The World spoke with Sinna earlier on Wednesday, he said he didn’t know what he would do if his TPS was not renewed. It’s not just that he has established a life for himself in the US. He is leading a team of engineers in his job at Wayfair, maintaining a 3.6 GPA at night school and purchasing a condo.

He also insisted that forcing his return and that of thousands of others to Syria would be extremely dangerous. “The situation in Syria right now is not safe,” he says. “The war is still there. There’s missiles, there’s [explosions].”

So what would an end to TPS have meant?

“I think it means like you are sending a lot of Syrians for death.”

Sinna says he constantly worries about the fate of those still living in Syria, but he is happy here. As for the “new American moment” that Trump discussed in his State of the Union address — Sinna says it makes him nervous. The way he sounds, he says, “is like it’s only for the special people.” And he objects to Trump’s campaign slogan, “make America great again.”

To hear the full interview Amr Sinna listen above.