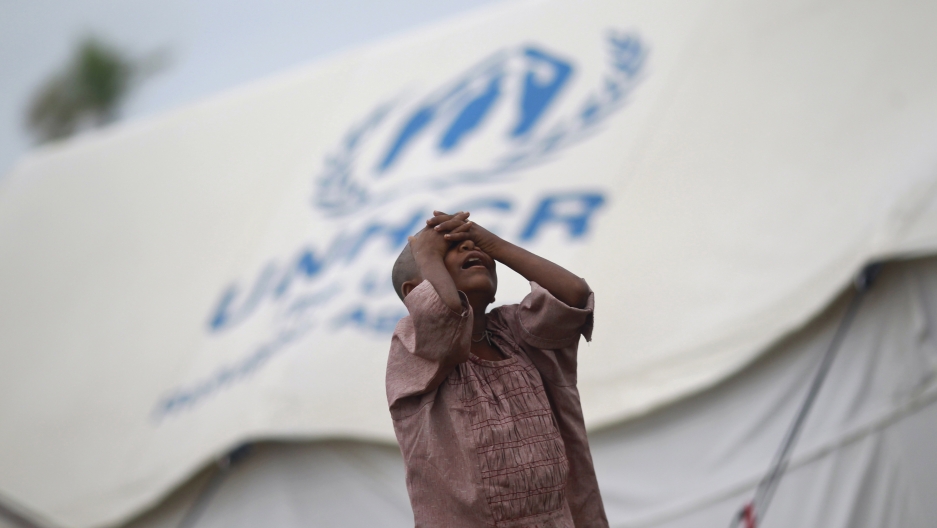 A girl from the Pauktaw township stands in front of her family's shelter in a Rohingya internally displaced persons (IDP) camp outside Sittwe, May 15, 2013.

Former New Mexico Governor Bill Richardson resigned last week from a panel looking into solutions to the Rohingya crisis in Myanmar. And on his way out he blasted Myanmar's de facto leader, Aung San Suu Kyi, for lacking "moral leadership" on the issue.

Richardson said he didn't want to be part of a "whitewash" set up to hide the real causes behind the violence that sparked the crisis. More than half a million Rohingya Muslims have fled their homes in Myanmar's Rakhine state after what they described as a systematic campaign by the Burmese military to destroy their communities.

Myanmar's government denies those allegations and claims Richardson didn't quit the Advisory Commission Board on Rakhine State but was fired instead.

This war of words comes after years in which Richardson championed Suu Kyi for her principled pro-democracy stand against the military rulers of her country. But now that her party is in power, Richardson said she isn't interested in hearing any bad news.

Richardson described Suu Kyi as becoming “furious” when he called for the freedom of two Reuters journalists who were arrested in Myanmar while covering the Rohingya crisis.

To listen to the full interview with Bill Richardson on the Rohingya crisis, listen above.