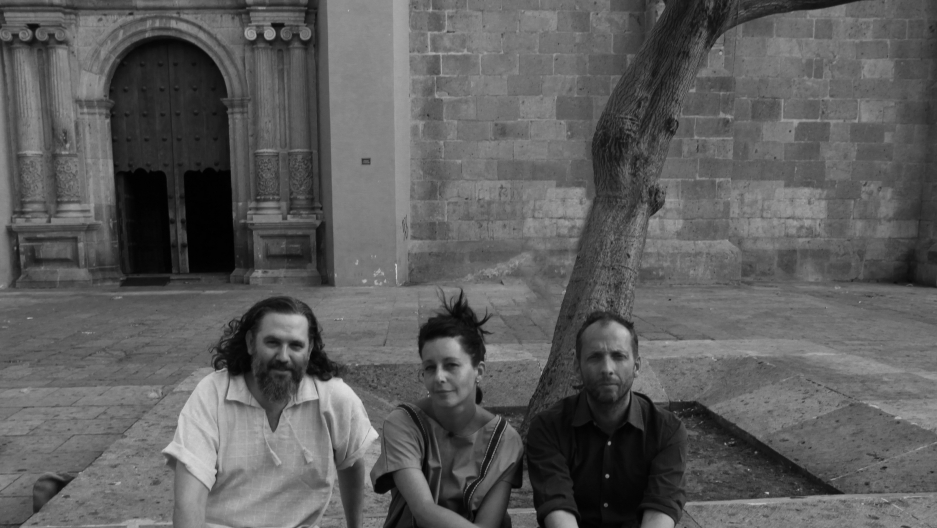 Members of the band, Mosquitos

Each week on The World, we feature a unique selection of musicians, and we compile some of them for you here.

Mosquitos are back with their first album in 10 years. Singer Juju Stullbach is originally from Brazil, but she and fellow band member Chris Root both call New York City and Oaxaca, Mexico home. The third member of the group, Jon Marshall, found a place in the mountains of North Carolina. Bits of the album were recorded and mixed in all three locations.

Bogota-based electronic duo Cero39 aims to capture the pulse of Colombia today. Dario Sendoya, aka Kid Watusi, is one half of the duo and describes what's going on the track "Mucura."