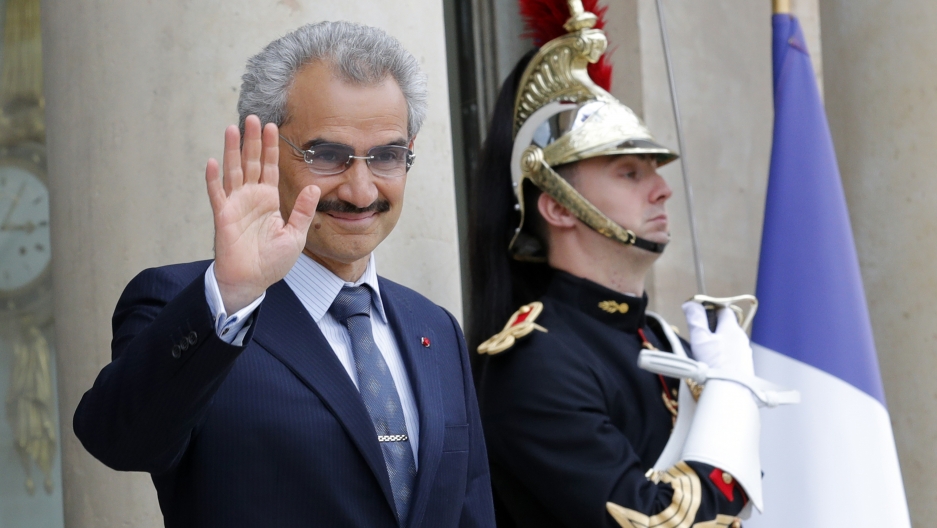 A billionaire who is known throughout the financial world has been held in detention — for two months — by Saudi Arabian authorities. But like the billionaire, the story has disappeared.

Prince Alwaleed bin Talal was rounded up, along with about 200 prominent Saudi royals and businessmen, in a so-called "anti-corruption probe" on Nov. 8.

"He is considered to be probably the most wealthy investor in all of the Middle East and certainly in Saudi Arabia," says Jake Novak, a senior editorial columnist at CNBC.com. Novak has been watching as some of Saudi Arabia's wealthiest people are released from their detention in the Ritz-Carlton.

There's much speculation that the Saudi government has collected lots of money from the wealthy detainees.

"Well, there's really no way of knowing. But we do know what some of the big fish are being asked to pay," says Novak. "There was one other prince who was asked to pay a billion dollars — and he paid it."

Which brings us to Alwaleed. He is said to be the 45th richest man on earth, whose worth is estimated to be between $12 and $20 billion dollars.

And he's very high-profile. He is a frequent guest on all the major financial networks, including Novak's CNBC as well as CNN, Bloomberg and Fox.

And that may be why he was detained in the anti-corruption crackdown —not because he's necessarily corrupt or a political maverick. (After all, Alwaleed supports positions held by the Crown Prince who had him detained, such as his progressive business and social policies.)

No, says Novak — it's got to be something else.

"This could be not so much a case of him being on the wrong side of an issue or committing a crime, but just being too conspicuous and too wealthy and needing to be taken down a peg in the mind of the new Crown Prince."

But why, Novak wonders, are so few people in the financial world asking about this missing billionaire?

Novak says that no one involved in financial markets wants to upset the Saudis at this time. There's a really big deal in the works.

"Look, Saudi Aramco, which is the Saudi Arabian state oil company which is going to go IPO, probably later this year, is worth two trillion dollars," says Novak. "It may be more to certain investors. Nobody wants to mess with the Saudi government right now when there are chances to get in a little bit more on this IPO."

If Saudi authorities want to avoid controversy, the $2 trillion deal is a great incentive for people in the financial world to remain discreet, says Novak. "It's really, really good timing for bin Salman, the new Crown Prince, to basically say, 'Look, if you guys want to play with us you're going to have to basically be quiet about what's going on here.'"

Dopey Prince @Alwaleed_Talal wants to control our U.S. politicians with daddy’s money. Can’t do it when I get elected. #Trump2016

"To me, that's even probably the most damning factor of all," says Novak. "Here you have a social media platform that's become one of the most widely read and used all over the world ... and they're not talking about him either. I think that Twitter must believe that no matter what happens to bin Talal, his investment money will either be taken over by somebody else in the Saudi family or he'll eventually be released and everything will go back to normal. And it just goes to show that you have to really be careful about overestimating your personal value to the companies and the associates that you make in business."

And when The World contacted the Saudi Arabian Embassy in Washington, they reminded us that "Saudi privacy laws do not allow the Embassy to be privy to specific individuals' information."