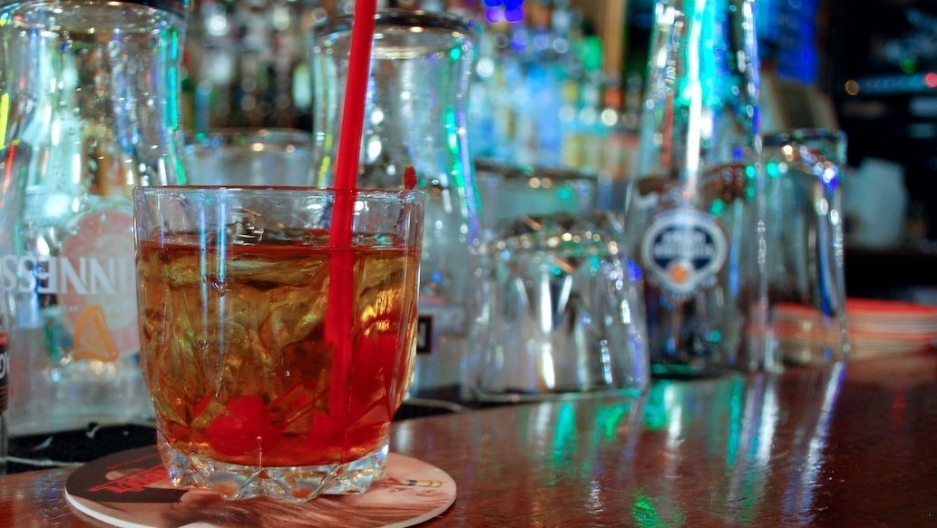 Although there are several drinks based on bourbon, many enthusiasts prefer the alcohol straight, in a glass, on the rocks.

How much do you know about the science that goes into making bourbon? One would think the citizens of Kentucky — the epicenter of the corn-based whiskey — would know more than the average Joe on the topic.

At a taping of PRI’s Science Friday with Ira Flatow earlier this year at the Brown Theatre in Louisville, two teams composed of local bourbon enthusiasts tried their luck at a few questions connected to the popular hard liquor. The teams’ names reflected two the most popular bourbon-based concoctions: Hot Toddy and Old Fashioned.

“I definitely think people underestimate the amount of science that it takes to make a glass of bourbon,” says Marianne Barnes, the master distiller at Castle & Key Distillery in Frankfort, Kentucky. She was under the spotlight to help provide insight behind the stiff alcohol of choice for many Kentuckians — and well beyond.

Barnes, who is the state’s first woman master distiller, earned a degree in chemical engineering from the University of Louisville before joining the industry.

“I really just kind of got lucky,” she says. “I went to school because I thought I was going to do biodiesel, and then learned that there are a lot more fun things that you can make with corn.”

Castle & Key sits on the site of what is known as the Old Taylor Distillery, which dates back to 1887 when Col. Edmund Haynes Taylor, Jr. founded it. The current distillery, which began in 2014, bases its recipe on a sample of bourbon made in 1917 — two years before the start of Prohibition — that was found in a “dusty old liquor cabinet in a horse farm in the area,” according to Barnes. The original sample and the current version share a genetically similar strain of yeast, she says.

“He had a very special way of making bourbon,” Barnes says of Taylor.

So what is some of the science behind it?

For starters, to be classified as bourbon, the composition of bourbon mash has to be made up of 51 percent corn. Corn’s most important contribution to the fermentation process is the starch that it produces when compared to the other two main grains of the recipe: rye and barley.

“It's got vastly more starch than the other two grains,” Barnes says, “so it's the workhorse of your grain recipe. That's where the enzymes are going to break down to produce sugars, which then the yeast consumes.” 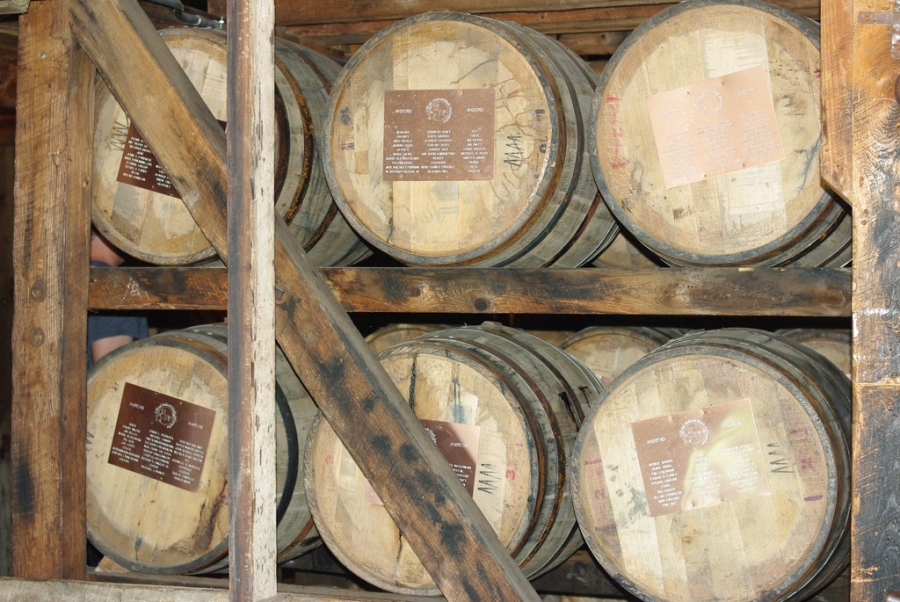 Bourbon barrels age at the Maker's Mark Distillery. The aging process can vary greatly depending on the desired taste of the end product.

After fermentation, the mash itself later goes through a distillation process in which ethanol — the actual drinking alcohol — is separated from water by heating the now-liquid mash, given that ethanol has a lower boiling point than water.

“So when you think the process of distillation it all has to do with a difference in those two temperatures. So the bottom of the still — whether it's a pot still or a column still — that's where you get your hottest temperature,” Barnes says of the devices that are often made of copper.

And the barrel may be the most important part. Although fellow liquors — like the vodka that Castle & Key makes — can be up to 190 proof in its purest form, bourbon has to be distilled at 160 proof to preserve the flavor that comes from aging in charred oak barrels.

The drink actually gets its vanilla flavoring from the degraded lignins (complex organic polymers that are vital to the building of cell walls) that are found in the charred oak.

“So the wood lignin, if you think about it, it's like a ligament,” Barnes says. “So this is what holds the cellulose and the hemicellulose of the barrel together. So it's in the presence of heat and alcohol that you start to break down those lignins into different acids.”

One of those acids is coniferyl acid, which turns into coniferyl aldehyde in the presence of oxygen — then turning into vanillin, an organic compound, which accounts for the vanilla flavor.

“You get basically one barrel per tree and you have to cut it in a very particular way so that the grains lock together when you assemble a barrel so that it doesn't leak,” Barnes says.

The barrels undergo a process called “seasoning the wood,” which softens the wood and gives bourbon its distinct taste.

The final question posed in the quiz, to provide a smattering of just some of the science being conducted around the liquor of the hour, was as follows:

Which of these is not a real study — fake news, if you will — about bourbon or whiskey?

The answer? No. 3 — in spite of what we may have learned from John Wayne and his counterparts when it comes to makeshift medical care.

“This is the one that I feel like is the most likely, which is hilarious, right?” Barnes says. “Because you see people with their bottle of whiskey in old Westerns.”