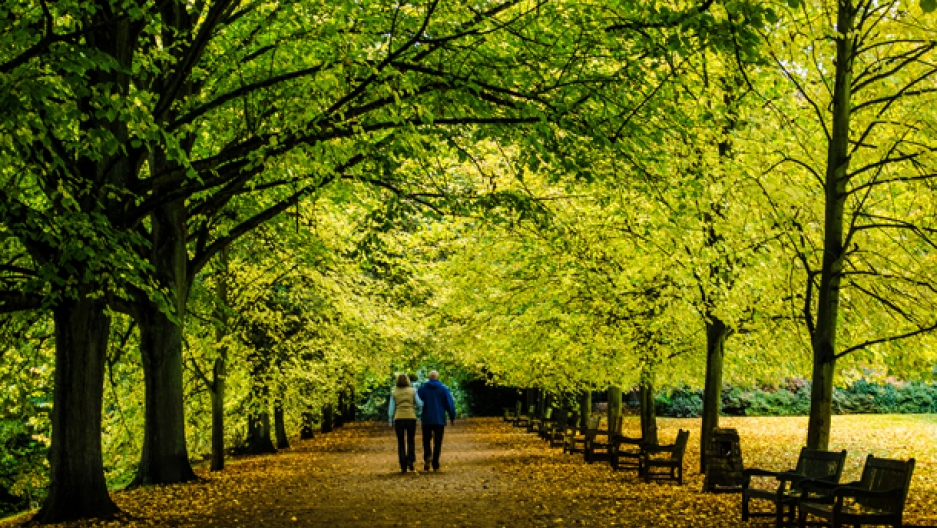 Getting out in nature — whether in the wilderness or a local park — can have big benefits for human health.

A breath of fresh air can be physically healing, and a group of physicians is now putting the idea into practice by prescribing time outdoors for some patients.

“The science tells us that being in a natural setting and being mindful, in particular, in a natural setting, has therapeutic effects on your mental health. It actually makes you feel better,” Zarr says. “Depression can improve, anxiety can improve, attention deficit hyperactivity disorder can improve, and there are some studies that have looked at high blood pressure, diabetes and overall mortality. These are the things that are killing us. Chronic disease is the modern-day plague [and] is largely driven by our behavior.”

Zarr says pediatrics used to deal primarily with runny noses, ear infections, vaccinations and monitoring growth and development. It really wasn't a field in which doctors had to treat chronic disease. It is now. Kids are now suffering from prediabetes, high blood pressure and mental health disorders, including depression and anxiety. All the things the parents are suffering from, kids are now suffering, too, Zarr says.

“We have a generation of kids who don't necessarily even know what to do outdoors, how to be outdoors,” Zarr says. “Frankly, we hardly even know how to sit down without pulling out our cellphone … [Being] mindful of what's around us and using our senses is a really important step to understanding what is actually ailing us.”

But why write a prescription? Why not just say, get outside? Zarr says that's precisely what doctors have been doing for the last several decades, and it hasn’t worked.

Patients return for their next visit 20 pounds heavier, with higher blood pressure and more anxious than before. “We've been looking for ways to get better results, frankly,” Zarr explains. “When you write a prescription, it's a contract of sorts.”

Park Rx has about 50 prescribers across the country. The majority of them are in the Washington, DC, metro area, but they are expanding. So far, Zarr says, the results have been positive.

“People stop me all the time — from nurse practitioners to psychiatrists, podiatrists, medicine docs — telling me their stories, telling me how they wrote a prescription for patients suffering from depression to sit on a bench in a park and [when they] see them back, they are improving,” Zarr relates. “So, from the stories, from the anecdotes, we're definitely feeling a bit of success in this.”

The group is now designing a study to look more scientifically at the benefits of park prescriptions. The correlational studies are a hopeful sign, Zarr says, but it's definitely time for more direct observational studies and eventually randomized control trials that can measure whether these prescriptions result not just in changes in behavior, but in improved health outcomes.

“This is all about public health,” he maintains. “Even the World Health Organization has been very clear to list access to green space as a social determinant of health. It should be a no-brainer, [but] it’s not to most people these days. So, we’re really trying to making the case for why every human being on the Earth should have access to safe green space. Not just to recreate, not just to play — play is very important, recreation is important — but, literally, for your health.”