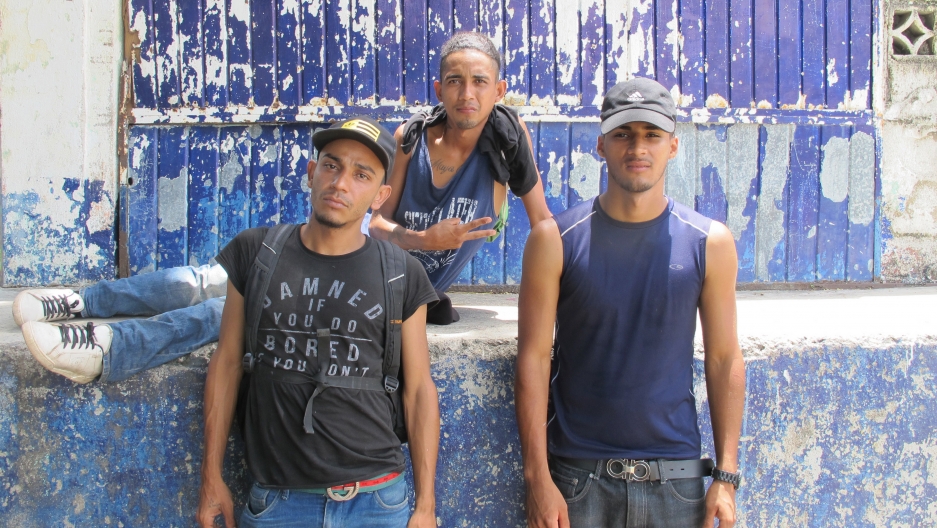 Migrants from Honduras rest in the shade beside the train tracks in Chahuites, Mexico. An immigration crackdown called the Southern Border Program has forced migrants to make a dangerous trek around new immigration checkpoints, exposing them to increased human rights abuses.

The town of Chahuites, Oaxaca, is a sleepy little village surrounded by mango farms. A line of train tracks cuts through the southern edge of town.

Chahuites is in an isolated part of southern Oaxaca, about 170 miles north of the Guatemalan border. Migrants from Central America used to just pass through town riding on top of La Bestia, the train migrants traditionally traveled on across Mexico. But now immigration agents patrol the train, forcing migrants to walk northward along the railroad tracks.

“People wait by the railroad with machetes and guns to rob migrants,” said Juan Vicente, a migrant from El Salvador who works at a construction site in Chahuites, “then they steal whatever you got.”

It takes some migrants weeks of walking just to reach Chahuites. Migrants now spend more and more time in southern Mexico, in part because of an immigration enforcement strategy called the Southern Border Program. Mexico launched the program back in 2014 when thousands of Central American families and children fleeing danger back home arrived at the US-Mexico border. Washington called their arrival a “surge” and pressured Mexico to stop the flow of migrants. Mexico created the Southern Border Program in response, an initiative supported with millions of dollars in US funding, that sent more immigration agents to southern Mexico, increased surveillance of trains and built new highway checkpoints.

La Bestia, once loaded with migrants huddled on top of boxcars, is now largely empty when it passes through Chahuites.

In the years since the Southern Border Program began, the number of human rights abuses committed against migrants in southern Mexico has increased. Mexico’s National Human Rights Commission reported that incidents of Mexican authorities abusing migrants have increased by 40 percent since the immigration crackdown. The number of crimes against migrants has also increased. Since the Southern Border Program began three years ago, the number of migrants who reported incidents of robbery and violent assault in the state of Oaxaca more than doubled.

“I didn’t even have any money,” said Juan Vicente, the construction worker from El Salvador, “so they tore off my shoes and ripped them open with a machete to make sure I wasn’t hiding anything.” 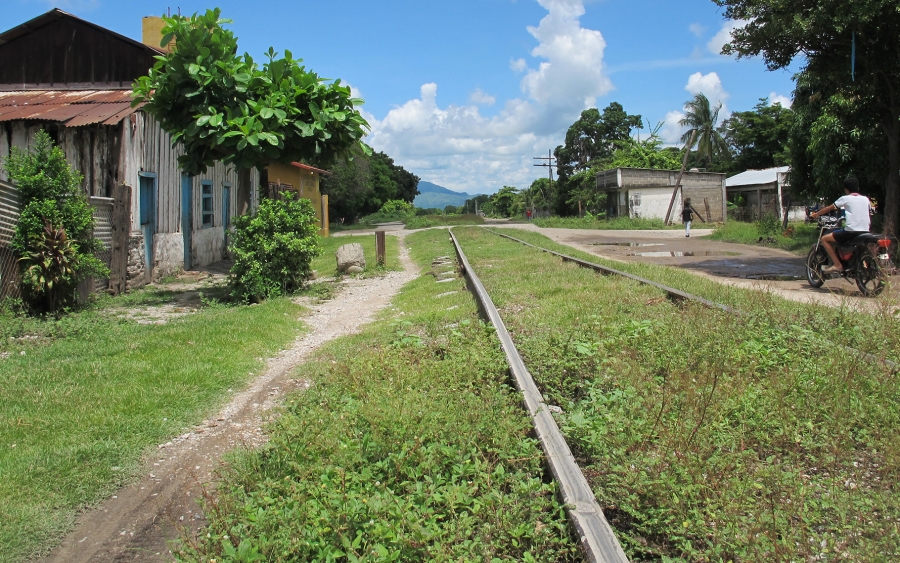 Railroad tracks in Chahuites. Some migrants spend weeks walking along train tracks in southern Mexico where they face high risks of robbery, kidnapping and sexual assault.

Migrants in Mexico aren’t the only ones who face an increased level of violence: 2017 is currently on track to become the most violent year in Mexico since the country started recording homicide data 20 years ago. Dead bodies have started regularly showing up in Chahuites, a small farming town with fewer than 10,000 residents. Many people here blame the rise in violent crime on the recent arrival of Central American migrants.

Leobardo Ramos burst onto the political scene in Chahuites last year with an ambitious plan to solve crime. He ran for municipal president promising to clean up Chahuites by getting migrants out of town. His campaign promises earned Ramos a new title: They’ve taken to calling him the Donald Trump of Oaxaca.

Ramos won his election in a landslide, garnering more than 50 percent of the vote. The president of Chahuites has said in interviews that — unlike Trump — he has nothing against undocumented immigrants. Ramos says he wants to kick migrants out of town because voters asked him to and, as a public servant, he has to do what the electorate asks of him.

In response to the number of migrants who began arriving on foot in Chahuites after the Southern Border Program took effect, a new migrant shelter opened in town. After Ramos became municipal president this year, locals pressured him to fulfill a campaign promise to shut down the shelter. Across Mexico, residents who believe Central Americans bring crime to their communities have also tried to shut down migrant shelters in Coatzacoalcos, Mexico City, Tapachula and Tultitlán. 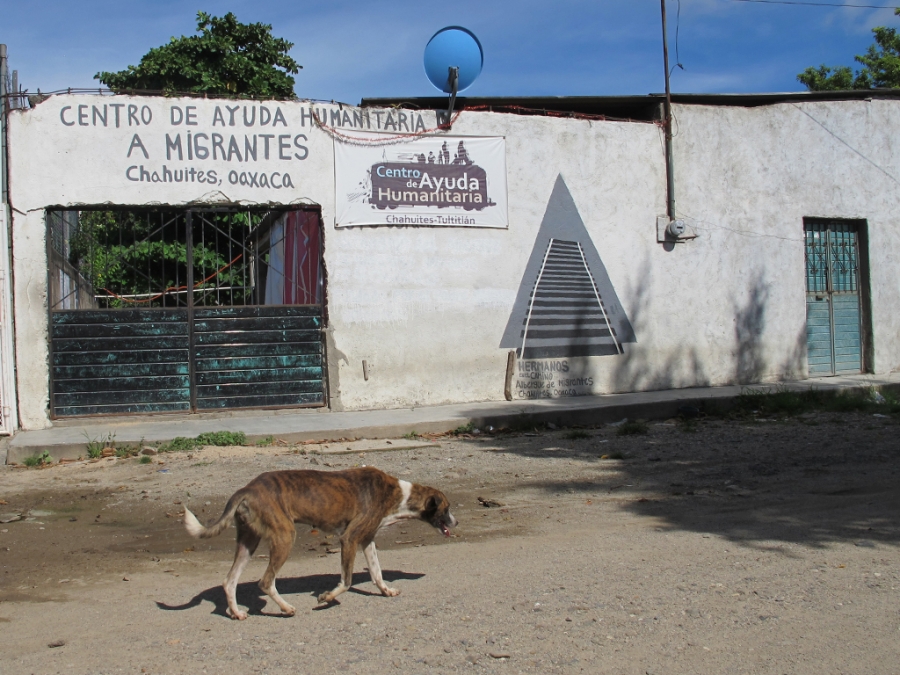 The migrant shelter in Chahuites closed in June 2017 after the local municipal president, known as the “Trump of Oaxaca,” worked to shut it down.

“Unfortunately, Mexico has a big problem with xenophobia and racism against migrants,” said Jessica Cárdenas, a former volunteer at the Chahuites shelter.

Ramos was instrumental in closing down the migrant shelter in Chahuites last summer. He negotiated with staff members to relocate the shelter outside of town.

Today, the old migrant shelter sits abandoned behind a tall black gate on a dirt road just a short walk from the railroad tracks. Immigration agents now patrol Chahuites and the local prosecutor’s office has demanded bribes from migrants who try to report crimes that occurred on the nearby railroad tracks. Before the new municipal president was elected, Cárdenas described Chahuites as a sort of sanctuary city for migrants; now the Oaxacan Trump has put an end to that.

Even after the shelter’s closure, many locals in Chahuites are on edge. People who live on the dirt road near the old migrant shelter say they’ve gotten ferocious guard dogs or put stronger locks on their doors to protect themselves from migrants. María López, one of the neighbors who rallied to close the shelter, says migrants are nothing but trouble.

“I was afraid just to go to the bathroom,” López said, pointing to a small shack with a toilet outside her small house. “What if one of them gets inside our house while I’m in the bathroom, kills my husband and robs us?”

Advocates in Mexico say part of this reluctance to accept migrants comes from a lack of understanding about the violence and economic instability that often forces Central Americans to leave home. López, for her part, said she doesn’t understand how migrants could just up and leave their families behind — she believes Central America just sends its worst people to Mexico.

And yet, López also has a son who went north and lives as an undocumented immigrant in Texas. López says her son in Houston isn’t a criminal — he’s different from the Central American migrants in Mexico.

“I tell my son to keep his nose clean, to stay away from drinking and drugs and not to be like the migrants who come to Mexico,” López said. 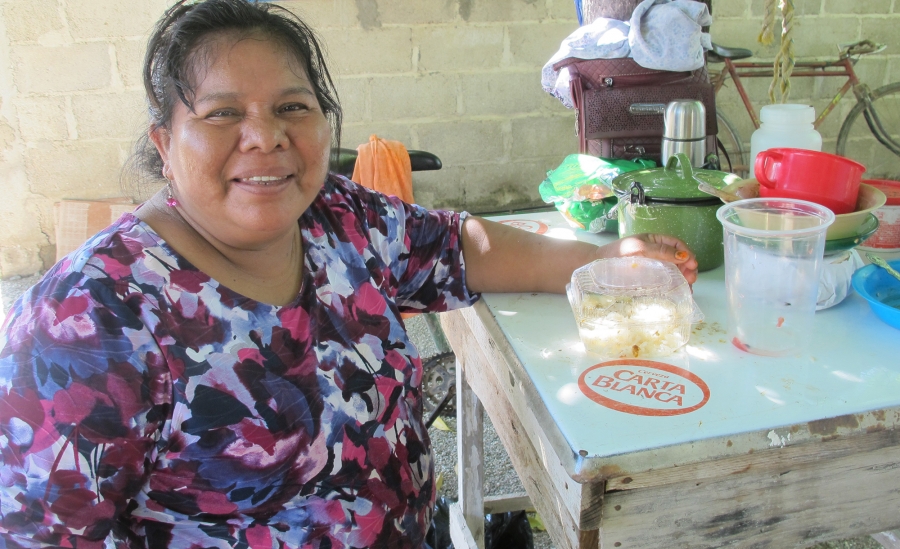 María López, 53, rallied to pressure the municipal president of Chahuites to fulfill a campaign promise to close the town’s local migrant shelter. She thinks the arrival of migrants has made Chahuites more dangerous.

Cárdenas, the former volunteer at the Chahuites shelter, says it’s easy for locals to blame Mexico’s problems on foreigners. But she sees attitudes toward migrants in this small Mexican town as part of a global phenomenon where competition and fear make people afraid of outsiders, similar to the arrival of Syrian refugees in Germany or Mexican immigrants to the United States.

“What happens in Chahuites is a little example of what happens to migrants all over the world,” Cárdenas said. “Here people say they take away jobs, they’re rapists, they’re delinquents. That’s exactly what Donald Trump says about Mexicans in the United States.”

Despite the local clampdown in Chahuites, it appears that even the Oaxacan Trump can’t totally stop migration. On a recent afternoon down by the train tracks, six guys from Honduras huddled in the shade near an old rail station with peeling yellow paint to escape the midday heat.

The young men were all deported from the US, leaving family and kids there. Now they’re trying to make it back to Houston, Miami and Phoenix — the cities they were forced to leave. Although they spent a week walking to Chahuites, sleeping on the ground and begging for food, they say lots of folks in Mexico have actually treated them really well. Many have even offered them food and rides in their cars.

“People just say, ‘yeah sure,’ whenever I ask them for some beans or a piece of cheese,” said Alan Spencer, 21. “Mexicans are good people.”

Migrants who pass through Chahuites often arrive with an equal number of stories about the good Samaritans and the thieves they encountered on their journey. That’s because many communities in Mexico are just as divided on immigration as the United States is right now.

Several of the young men standing by the tracks in Chahuites said they’re done with Mexico and the United States.

“It’s a lot easier to get asylum in Canada,” Spencer said.

But Canada is still thousands of miles and two international border crossings away. 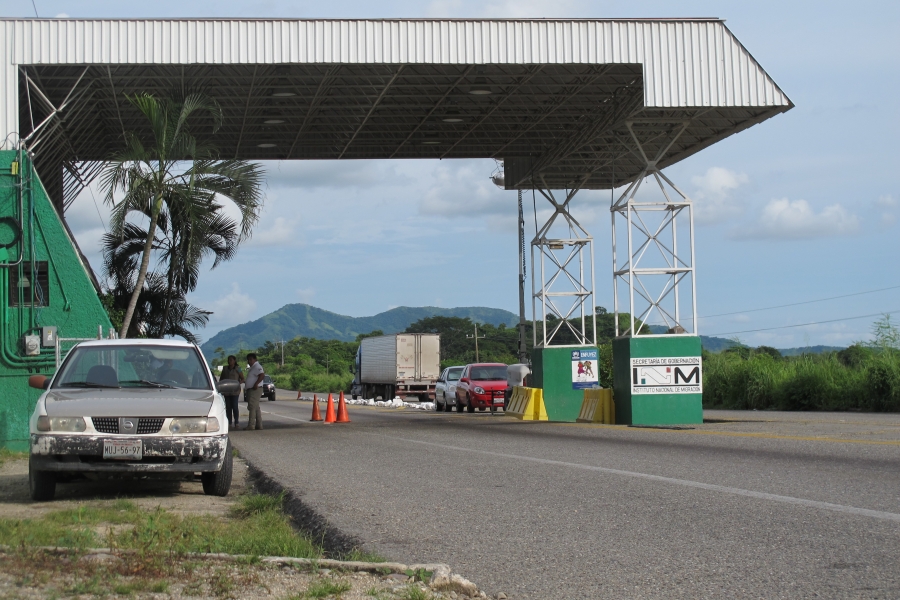 The immigration checkpoint outside Chahuites. Some migrants spend weeks walking around checkpoints in southern Mexico where they face high risks of robbery, kidnapping and sexual assault.