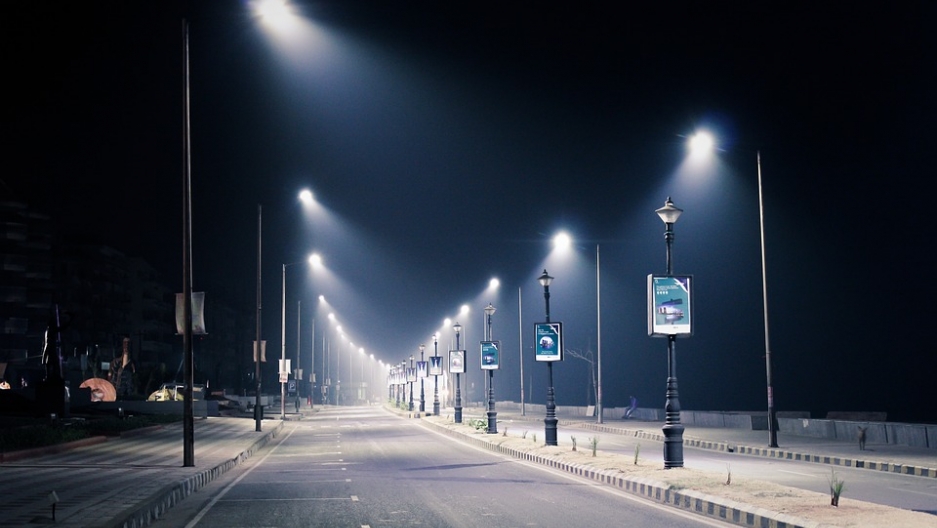 Lighting displays are popular and fun during the holiday season, but it seems that outdoor lighting is now big all year round — and everybody wants the new, energy-efficient LEDs. But it turns out these new lights may have a dark side.

“Everybody loves them because they are, of course, energy efficient, very affordable [and] they last a very long time,” says Lori Allen, director of the Kitt Peak National Observatory in Tucson. “The problem is that the early generation LEDs contain a huge amount of blue light, relative to other kinds of light from the visual spectrum, and blue light has a lot of consequences. For one thing, blue might is most efficiently scattered into the sky, so it actually brightens the sky background and makes it harder for [astronomers] to detect faint galaxies on the sky."

More importantly, Allen adds, blue light has been found to be bad for human health. “Blue light suppresses melatonin production, and melatonin is a super-important hormone that regulates your body's internal clock, so [blue light] can disrupt your sleep,” Allen explains. “There is growing evidence, according to the American Medical Association, that this [disruption] could be linked to all kinds of health problems, like obesity, diabetes and cancer. The blue light is also very bad for wildlife. Most of the mammals on the planet are nocturnal and they actually need the dark in order to thrive.”

In addition, many people who have seen these lights added to their neighborhood’s street lighting complain that they are harsh and hard on the eyes, much like some of the blinding, super-blue, super-intense headlights drivers sometimes encounter.

If you are a homeowner and you want to use LED lighting on your property, the best solution is to shield them, Allen advises. The light only needs to shine down, where you need it, not into the sky or out across the landscape.

“When you illuminate just the area that you need, you'll find that you can save energy and money, because you actually need less wattage,” Allen says. “This will also reduce glare. You don't have bare bulbs inside your house. You typically cover those with a lamp shade, because if you look directly at the bulb, the glare makes it actually hard to see.”

Shielding your lights will also make you a better neighbor, Allen adds. “Light trespassing onto your neighboring property can be a real problem,” she says. “I won't grouse at people for their holiday light decorations, but if they mount a blue LED wall pack on an outdoor shed that shines into my house, I might get a little grumpy.”