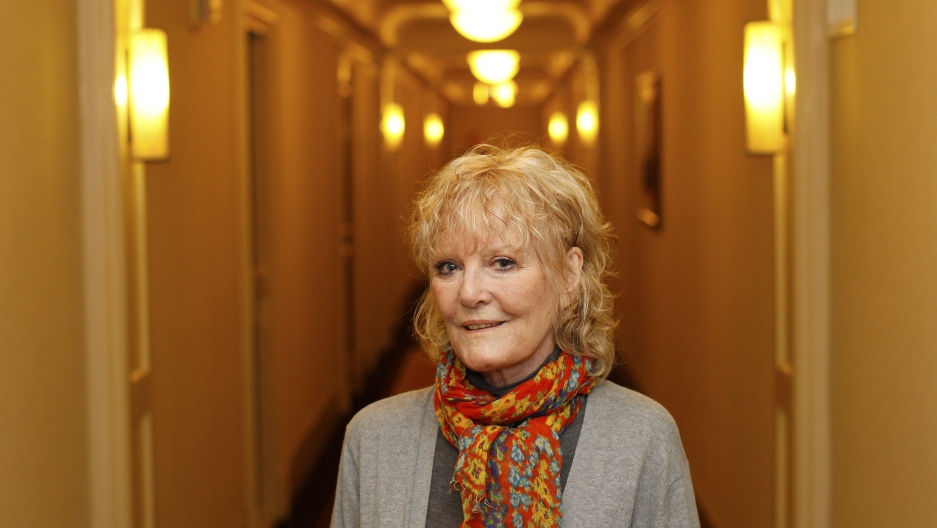 Singer Petula Clark poses in New York, Jan. 19, 2012. When "Downtown" hit the charts in 1964, Clark, already 32 and a mother of two with a successful singing career in France, was thrust into a career-changing maelstrom by a call from the Ed Sullivan show — then the top variety show on US television.

Decades. More than six decades to be exact. That's how long Petula Clark has been performing.

Clark got her start during World War II at the age of 9. She appeared on the BBC and performed a song to cheer up troops who were fighting overseas.

Then, of course, in the 1960s, she rode the wave of British musical hits and topped the charts in the US with her hit "Downtown."

Reflecting back on the song, she says she knew it was going to be a hit. And when she performs it in concert, "As soon as they hear those first notes on the piano, that's it. They're gone. They've gone wild. And they're joining in with me. I never get bored with it because it's a darn good song."

Clark has now come out with her 62nd album, called "Living For Today." And with all her fame, hit singles and long career, Clark has never toured the United States. Even she says she's surprised.

Now of course, for those of you who say, "But I saw Petula Clark in Vegas!" Yes, she has given concerts, including residencies in Las Vegas, but what we're talking about here is a proper tour. On a bus, with a band.

"It's quite an experience, I'll tell you that," she says with a laugh.

So, why did it take so long?

"You know, when it all exploded for me in 1965 with "Downtown" ... it was lovely, but I already had a big, big career going on in Europe. I also had two small children. So, when America happened, it was fantastic of course, but it complicated my life somewhat and there were a lot of things I just couldn't do. I couldn't go off on tour all over America. It was just out of the question."