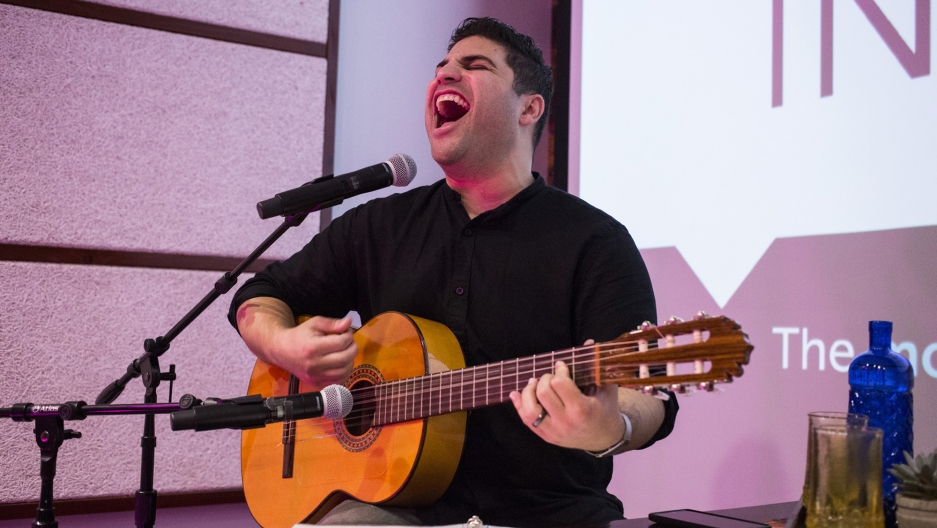 Omar Naré runs through a song prior to his show, "VIVO: A Chicano Performance," at the BitWise, a tech hub with a long, rectangular theater in downtown Fresno, California, Nov. 11, 2017.

When you think of mariachi, you’ll likely picture a band of men in embroidered suits and sombreros, playing guitar, violin and trumpet for diners in a Mexican restaurant.

For Omar Naré, that was exactly the problem. Mariachi was veering off into the realm of a stereotype, or worse yet, a relic. Mariachi had stalled, and it needed new life.

But innovation is hard when a musical genre has become central to Mexican cultural identity. Omar’s grandfather came to Central California as a farm laborer from Mexico, and he brought mariachi with him. Omar grew up hearing mariachi at family get-togethers on his grandfather’s ranch in Sanger, California. His uncle taught him his first mariachi songs. As a child, Omar had a career as a mariachi singer, traveling around California on weekends playing festivals and venues. And he even had a chance at being a teenage Latin pop star.

Now Omar is creating music he calls nuevo mariachi. He plays shows in trendy venues, like art galleries — not in Mexican restaurants. He doesn’t wear the outfit associated with mariachis, which is called the charro. Usually, you’ll find him dressed simply in a button-down shirt. And Omar is writing new songs — with new chords and stripped-down instrumentation.

For Omar, nuevo mariachi is about telling the story of his Californian experience. But doing that means breaking the rules. Which raises the question: Is what Omar is doing still mariachi?

Photographer Brittany Greeson spent a day with Omar Naré and Jasmín La Carís as they prepared for their show, "VIVO: A Chicano Performance," at the BitWise theater in Fresno, California, on Saturday, Nov. 11, 2017. 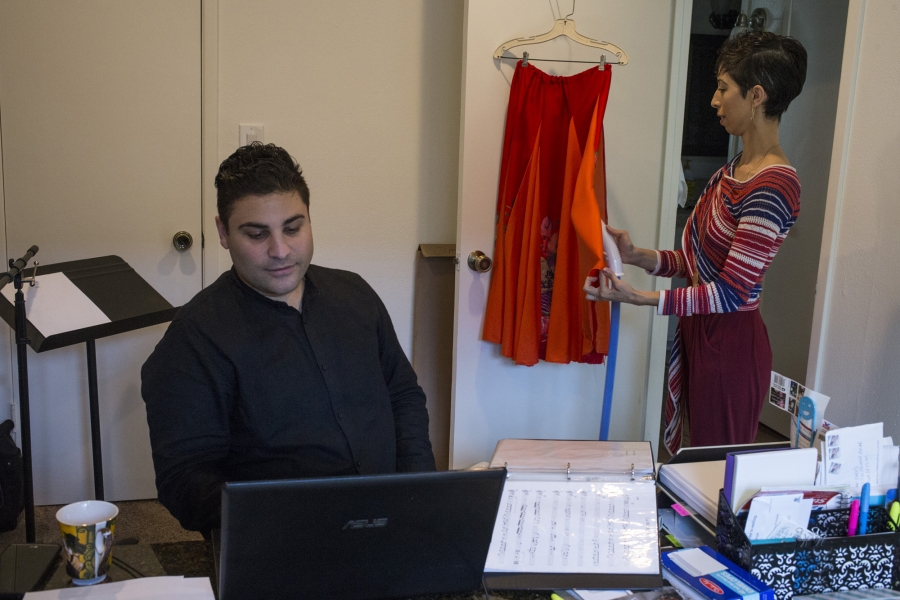 Omar Naré, 33, and his wife and collaborator, Jasmín La Carís, 31, are pictured at their home in Fresno, California, on Nov. 11, 2017. They are preparing for a performance later in the day. Omar is a singer/songwriter and Jasmín is a contemporary flamenco and modern dancer. 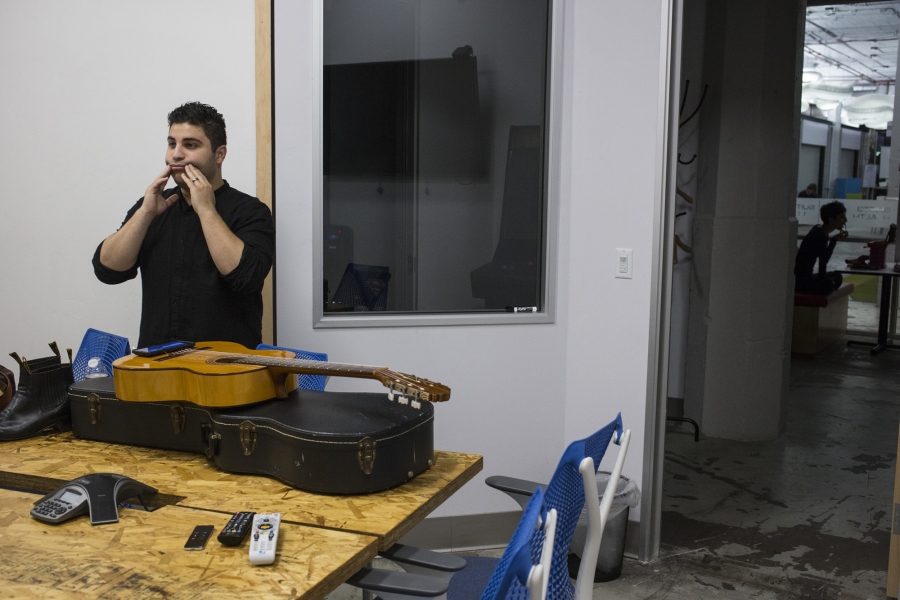 Omar performs music he calls nuevo mariachi. It is his approach to reimagining the traditional Mexican music for his experience as a third-generation Mexican American from California’s Central Valley. 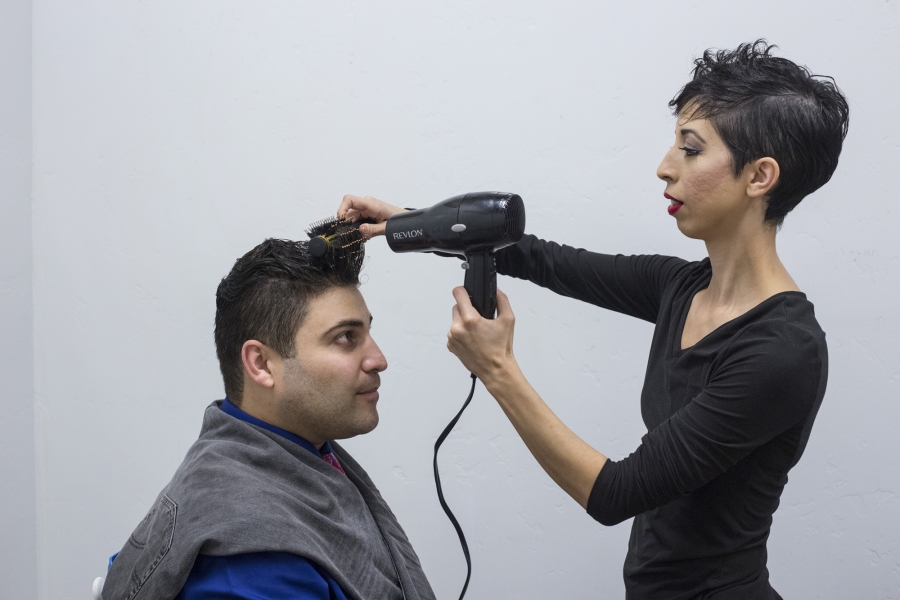 Omar’s wife, Jasmín, helps him fix his hair before their performance. 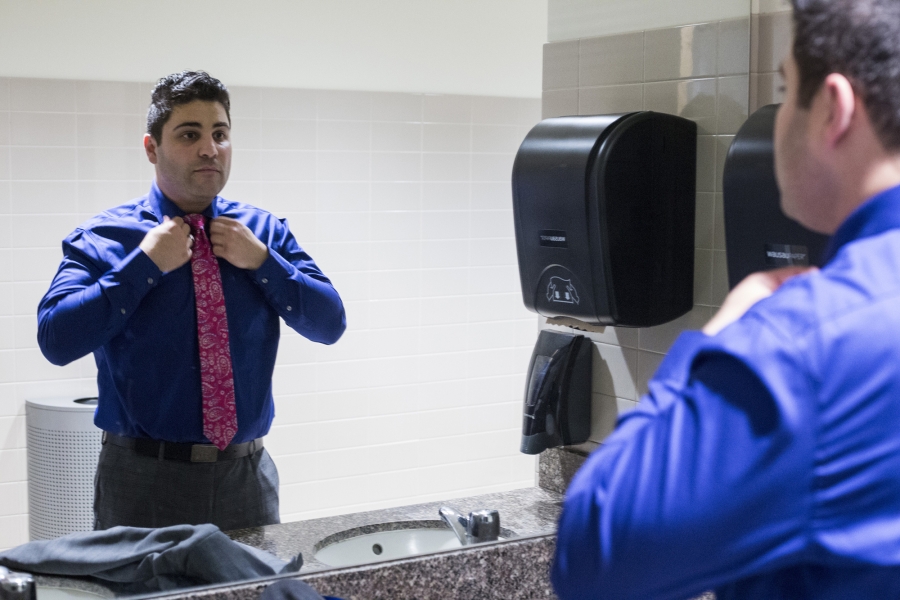 Omar’s Mexican grandfather, Adolfo Fernández, came to California’s Central Valley to work in the fields as a farm laborer. On his father’s side, Omar is of Kuwaiti descent. It is this multicultural experience in the Central Valley that Omar is trying to express in his musical project. 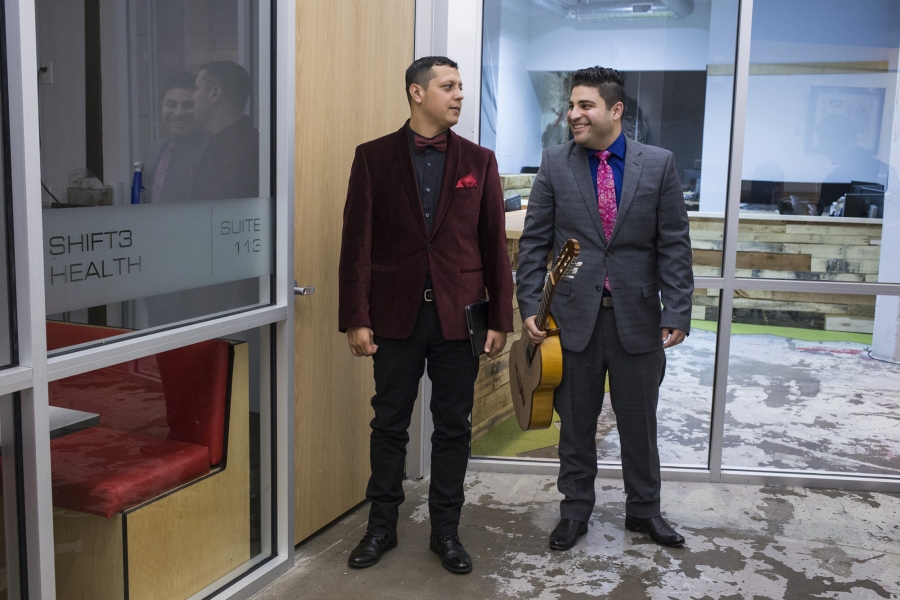 Omar and his collaborator, violinist Patrick Contreras, wait outside the theater before going on stage for their show, "VIVO: A Chicano Performance." Patrick grew up in Fresno, playing classical violin and violin in mariachi bands. 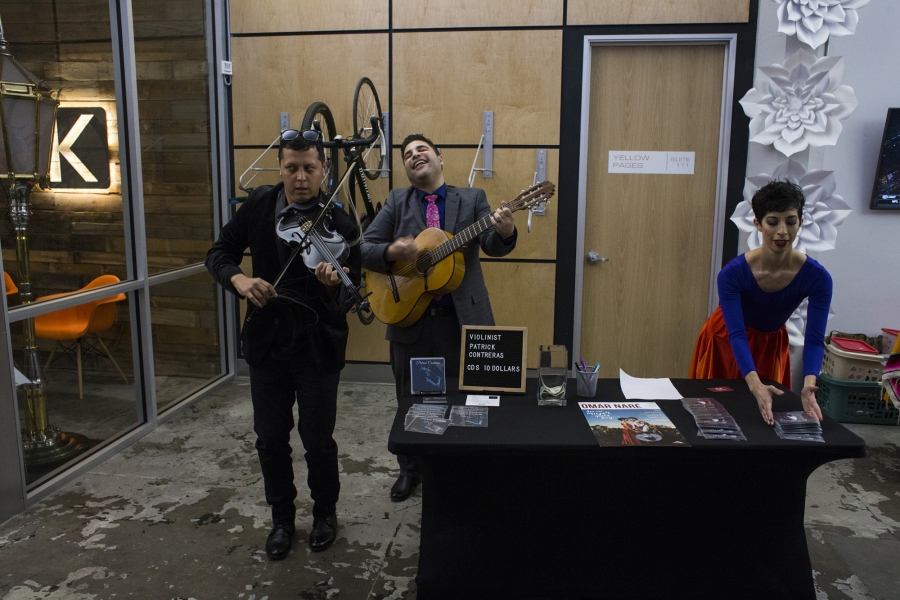 Omar, Jasmín and Patrick reunite outside the theater to finish off the finale of their show as the audience comes out to greet them. 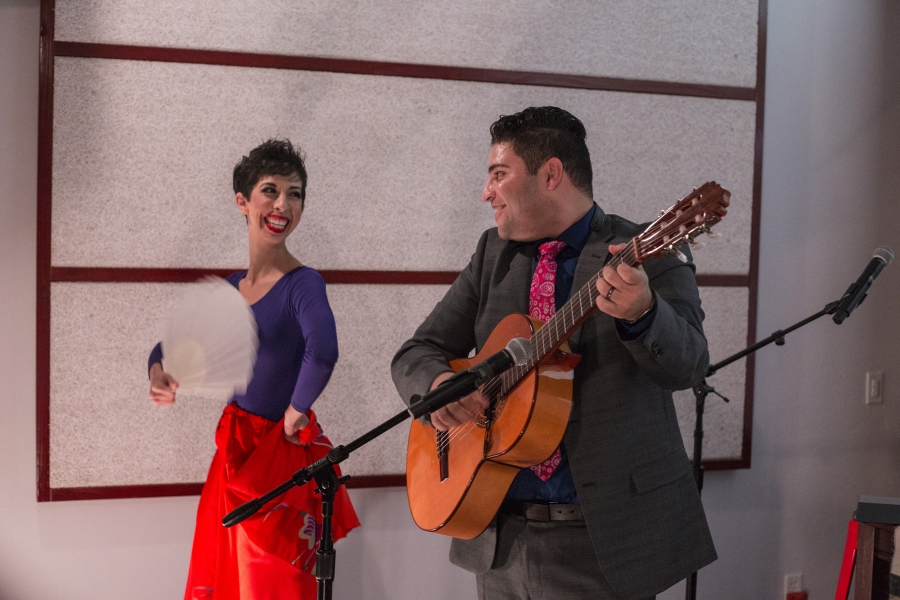 Omar locks eyes with his wife, Jasmín, on stage as violinist Patrick Contreras makes his way offstage and into the crowd during the final number of their performance.

This is an excerpt from an episode of “The New American Songbook,” which is produced by Heidi Shin and Ian Coss, in partnership with The GroundTruth Project, WGBH, and MassHumanities. Listen to the full podcast here.