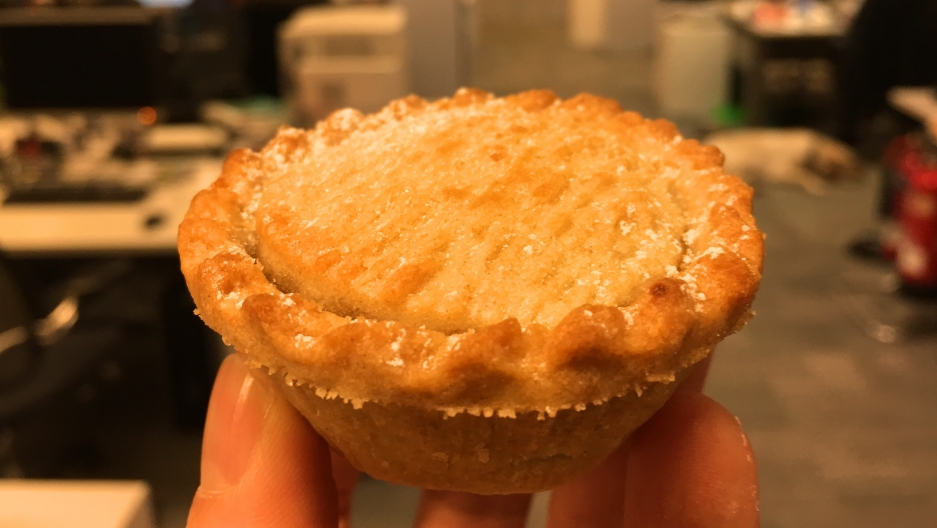 Christmas in Britain is fairly similar to other European and North American countries: Santa Claus, Christmas trees, turkeys and awkward family gatherings. But there is one unique element: the national obsession with something called a mince pie.

Picture a traditional apple pie, but scaled down for a dollhouse: tiny pieces of shortcrust pastry around the sides and the top, dusted with icing sugar and small enough to fit in the palm of your hand. Inside, there is a filling of gooey "mincemeat," which is a mix of baked raisins, suet, sultanas, cinnamon, cloves, nutmeg and what ever else your granny recommends. Also a ton of sugar.

If you're reading this anywhere in the British Isles around Christmas, it won't be difficult to picture — you are probably within arm's reach of a plate of mince pies at this moment. In recent years, Britain's obsession with them has expanded like the national waistline. Pies appear in nearly every office at the start of December. Towers of them clog up supermarket aisles well before the carols start. And British tabloids scramble to find any excuse to run more close-ups of the national pastry-based addiction.

Even Amazon knows that the best way to sell Alexa to British people is to point out that she can be used to order extra mince pies more quickly.

But the history of the pie is a long and strange one. According to the most commonly recounted myth, the original pies were brought back to Britain by crusaders who, after a season of pillaging and righteous destruction, had found time for cooking lessons in the Holy Land. The result was a pie combining Mediterranean fruits and spices with meat.

In the 17th century, the pies were rejected by British puritans as decadent, hedonistic and inherently Catholic. Even in the 18th century, London's Gentleman's Magazine described how some Quakers saw the mince pie as "an invention of the scarlet whore of Babylon, a hodge-podge of superstition, popery, the devil, and all his works."

Since then, the pies have evolved. They no longer include meat, although confusingly the filling is still called mincemeat. They have also shrunk to the size of a snack in order to make it more difficult to keep track of how many of the things you have just eaten.

It is still possible to taste something fairly similar to an original mince pie — or at least it's pre-20th century incarnation. The London butcher Lidgate's has revived an earlier recipe, including beef mince as well as fruits and spices. I tasted one of them, and to my surprise it was delicious: sweet, but with more depth and complexity than a modern mince pie. It was also more substantial: Cutting through the pastry alone is like cutting through a loaf of bread. Not all such experiments are quite so successful. No one can honestly recommend the mince pie-flavored coffee that is currently available from one popular snack chain.

Perhaps the most surprising thing about Britain's mince pie addiction is not that we are addicted, but that we are the only ones addicted. Surely it can only be a matter of time before the rest of the world succumbs to the stodgy charms of a pie invented by a crusader and the scarlet whore of Babylon to sate their desire to overeat at Christmas?