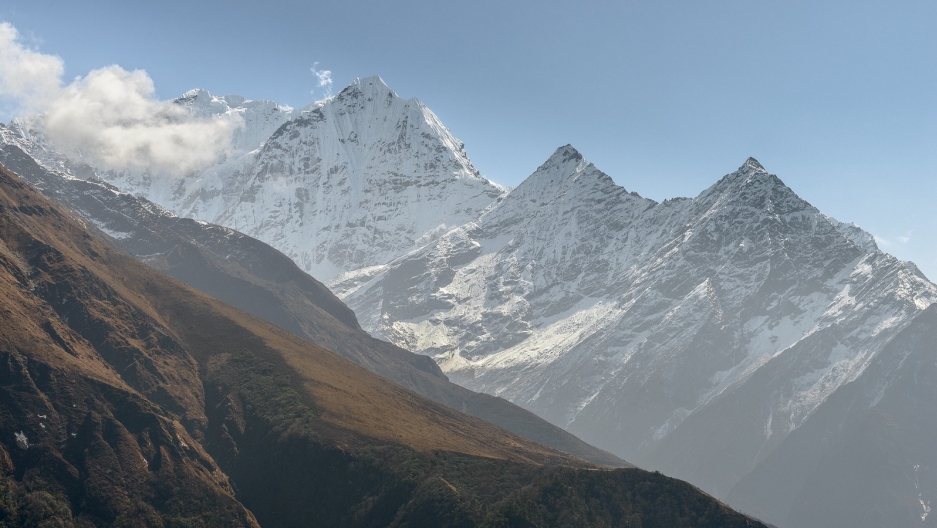 The Himalayas — where legends say the Yeti, or Abominable Snowman, roams.

Legend has it that a reclusive, ape-like creature roams the remote, snowy landscape of the Himalayas: the Yeti, or Abominable Snowman. But in a setback for Yeti hunters, scientists recently revealed that nine rumored Yeti samples from the Himalayas and Tibetan Plateau region were — not quite.

“They all turned out to be from local bears from the area, with the exception of one that was from a dog, actually,” says Stephanie Gill, a PhD candidate in biological sciences at the University of Buffalo. Gill was a co-author of the research, published in Proceedings of the Royal Society B.

The samples included hair, bone, skin, feces and "the one tooth of a dog,” Gill notes, explaining that the dog tooth entered the picture as part of a stuffed “Yeti” at the Messner Mountain Museum. “We took hair from this supposed stuffed Yeti and we took a tooth from the supposed stuffed Yeti, and the hair ended up being of Tibetan brown bear but the tooth ended up being of a dog,” Gill says.

But as the researchers found, this loss for Yeti hunters signals good news for scientists studying endangered Himalayan and Tibetan brown bears. According to Gill, there are estimated to be fewer than 300 Himalayan brown bears left in the wild — making any DNA find a noteworthy event.

“So the Himalayan brown bear, now that we have sequenced the first new mitochondrial genome of them, we know that they are representative of the most ancient lineage of brown bears, which is really interesting,” Gill says. “It seems like these bears had migrated into this area and they’ve been isolated ever since.

As for Sasquatch, or Bigfoot? Gill says in the past researchers have sequenced “samples” in North America, too, only to find that they’re from bears (and a menagerie of other ordinary animals). “But in any case, certainly if somebody wanted to do a survey of Sasquatch samples, they could take a very similar approach to what we did with the Yeti samples,” she says.

Not that she’s putting out a call for more samples. “If somebody wants to send us Sasquatch samples they’re welcome to, but [I'm] not particularly asking,” she says, laughing.