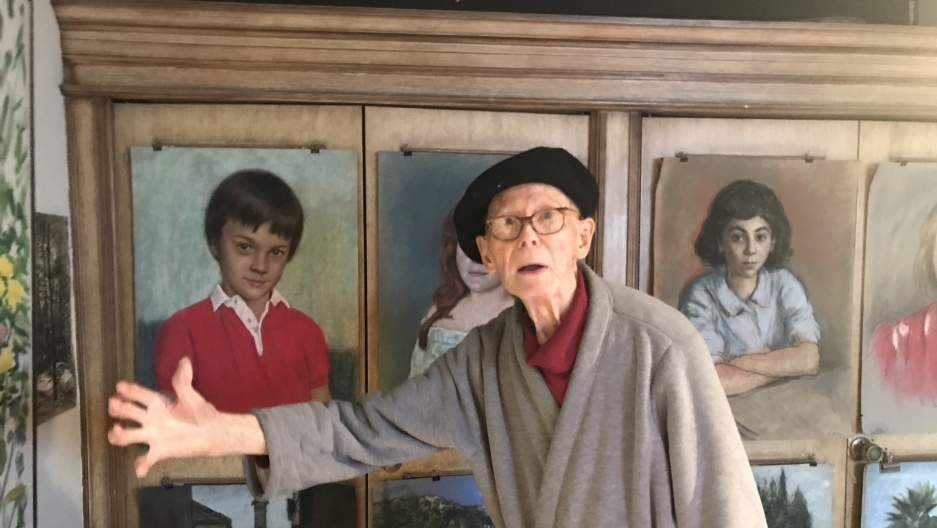 Kalman Aron began sketching when he was 3 years old. He's now 93, and says if he didn't still paint and draw every day he would "die of boredom."

When you step inside artist Kalman Aron’s modest apartment in Beverly Hills, a lifetime of creation surrounds you. The walls are covered in paintings and finished canvases are stacked on the floors, a dozen deep. The paintings range from portraits to landscapes to abstract works. They’re just a fraction of the roughly 2,000 pieces Aron says he’s created over the decades.

Born in Riga, Latvia, in 1924, Aron started sketching when he was 3. At age 13, he won a competition to paint a portrait of the country’s prime minister. But then came the start of World War II; Germany invaded Latvia in 1941. As in the rest of Europe, the Nazis sought to isolate, imprison and exterminate Latvia’s Jewish population.

Aron’s family members were killed in the Riga ghetto and in concentration camps. He was imprisoned in seven concentration and labor camps over the course of four years, not knowing if he’d be alive the next day.

But Aron was able to survive when German soldiers discovered his skills as an artist. Camp guards and officers asked Aron to make small portraits of family members in exchange for scraps of bread. 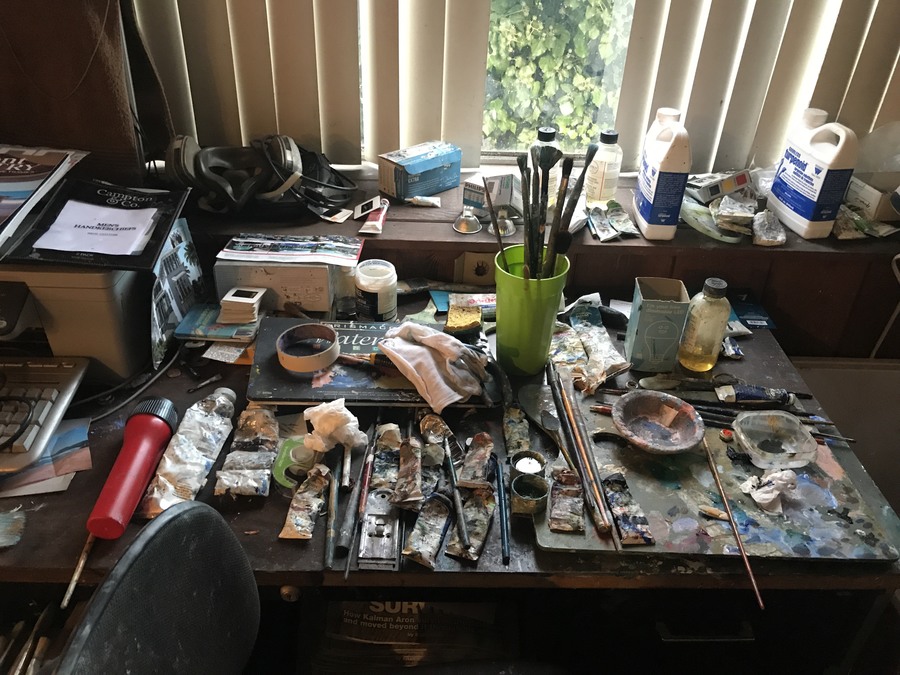 Kalman Aron typically paints at night in a small corner work space in his modest apartment in Beverly Hills.

After the war ended, Aron lived in a displaced persons camp in Austria and received a scholarship to attend Vienna’s Academy of Fine Arts.

In 1949, with only $4 in his pocket, Aron immigrated to the United States with his first wife, settling in Los Angeles. After a stint painting pottery in a factory, Aron started getting work by painting portraits for the city’s wealthy, like the family of Susan Beilby Magee.

“I tell you how I met him,” remembers Magee. “I was 6 years old. My mother saw a painting of his on Wilshire Boulevard and wanted him to come over to paint her daughters.”

Decades later, Magee met Aron again and decided to write a book about him and his art. Magee says you can trace how Aron came to grips with the trauma of his wartime experiences by studying how his work changed over the decades in Los Angeles.

“At the beginning of his time in LA in the '50s, [the paintings] are all gray,” Magee says. “There is no sunlight or people, there is nothing. That was his interior landscape when he arrived. Thirty years later he paints the Hollywood Hills and they are beautiful, full of color.”

But Magee says the artist, scarred by his wartime experiences, tried to avoid too much attention. It’s why, she says, Aron’s work and story aren’t better known.

“When he came to America, being invisible was equated with safety, so he stayed under the radar his entire career,” Magee says.

Aron still paints, usually at night, in a small corner workspace next to his kitchen.

“I get interested in something, and I don’t want to go to bed,” Aron says.

Aron’s companion is his fourth wife, Miriam, who’s from Venezuela. She says she often has to prod her husband away from painting to eat or take a walk. 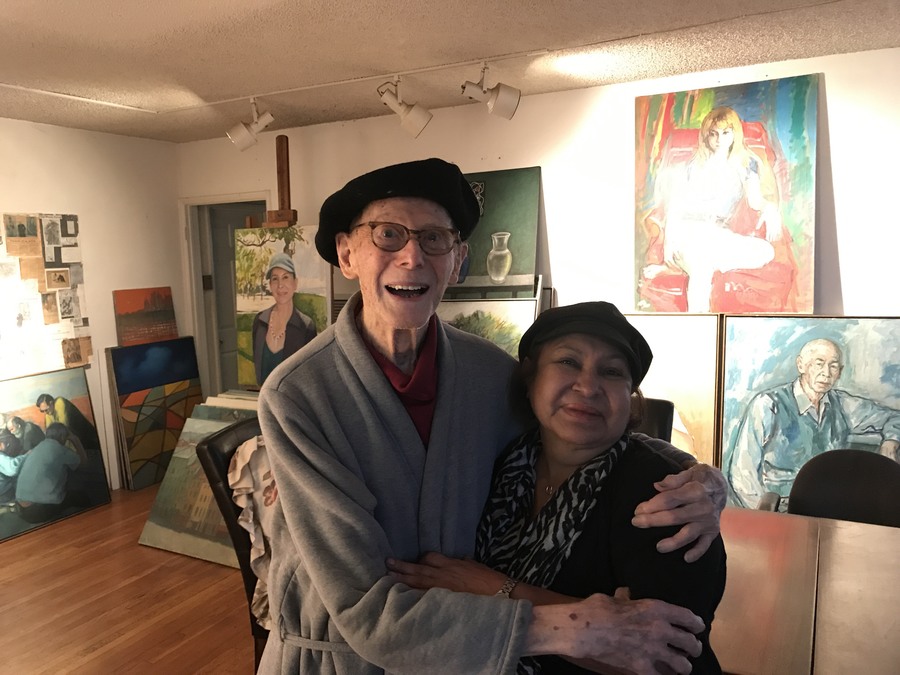 Kalman Aron and his wife, Miriam. The walls and floors of their apartment are covered with Kalman's works.

Aron says his art has saved him more than once — first, during the Holocaust, and now that he’s 93, it’s kept him from something many people his age struggle with.

When Aron does pass away, family and friends hope his collection of works, now stocked around his apartment, will go to museums.