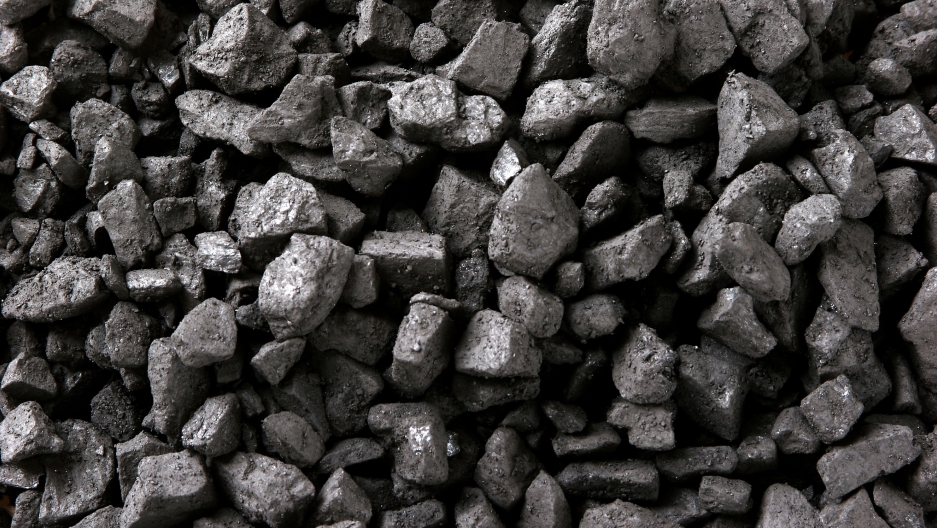 If you’re like most people, you probably think of coal as a chunk of black fossil fuel. Geologist Jen O’Keefe sees it differently.

If you’re like most people, you probably think of coal as a chunk of black fossil fuel. Geologist Jen O’Keefe sees it differently: For her, each piece of coal is a window back in time.

“I'm really interested in why we have coal in the first place, and what it can tell us about ancient environments,” says O’Keefe, a professor of geology and science education at Morehead State University. “We've got this great time capsule in our backyard that we can start to pick apart.”

And pick it apart she does, by slicing coal into sheets as little as a third of a millimeter thick, then studying the thin sections for microscopic clues.

“At that point, you can see right through it,” she says, “and you can see the cellular structure of the plants and the fungi and sometimes other organisms that are making up the coal, and you get really, really cool things.”

In a slice of cannel coal from eastern Kentucky, for instance, O’Keefe finds algae and spores from more than 200 million years ago. “The coal is a fossil,” she says. “It's fossil plants, it's fossil algae, it's fossil fungi.” And far from coal being just homogenous black chunks, O’Keefe says there are three types of coal in Kentucky alone.

“We have bituminous coal, which is what we tend to mine,” she explains. “We have a little bit of anthracite coal, mostly near igneous intrusions — so, near rocks that produced garnets rather than diamonds out in western Kentucky and eastern Kentucky. And out in the Jackson Purchase, we have lignite, which is very, very low rank,” she explains. “You wouldn't want to burn the stuff at all, but it makes an amazing environmental record.”

By peering closely at the fossil record in each slice of coal, O’Keefe can learn a little more about what the environment was like when that coal formed hundreds of millions of years ago. For one, Kentucky’s ancient coal is often packed with plant spores, she explains. In places like China and the US Gulf Coast, the coal often contains lots of pollen instead — signaling that the coal was formed after angiosperms (which produce pollen) evolved.

“But along with both of these, we see an awful lot of fungal spores, and that had us scratching our head, going, ‘Could we help modern mycologists tie their evolutionary lineages directly to the fossil record?’” O’Keefe adds. “So we started working with a bunch of modern mycologists from Argentina, where they are training people still in the almost-lost art of recognizing fungi, recognizing mushrooms, just using the spores.”

Unsurprisingly, it turns out that spotting the fossil spores and pollen in coal is the easy part — identifying them is a much more laborious process. Sometimes O’Keefe and her colleagues are able to identify fossil fungal spores, for instance, based on distinctive shapes or ornamentation. Other times, they end up carefully measuring a spore, extracting it from the coal and taking detailed pictures using a scanning electron microscope. Even then, she says, many simple spores are just too hard to tell apart.

“We've had to go out and work very closely with modern botanists and paleobotanists and mycologists and paleomycologists to try and tie the pollen and spores we see to the organism,” she says, “And sometimes, we don't. We have no idea what some of these things looked like when they were alive.”

This article is based on an interview from Science Friday‘s recent live show at the Brown Theater in Louisville, Kentucky.