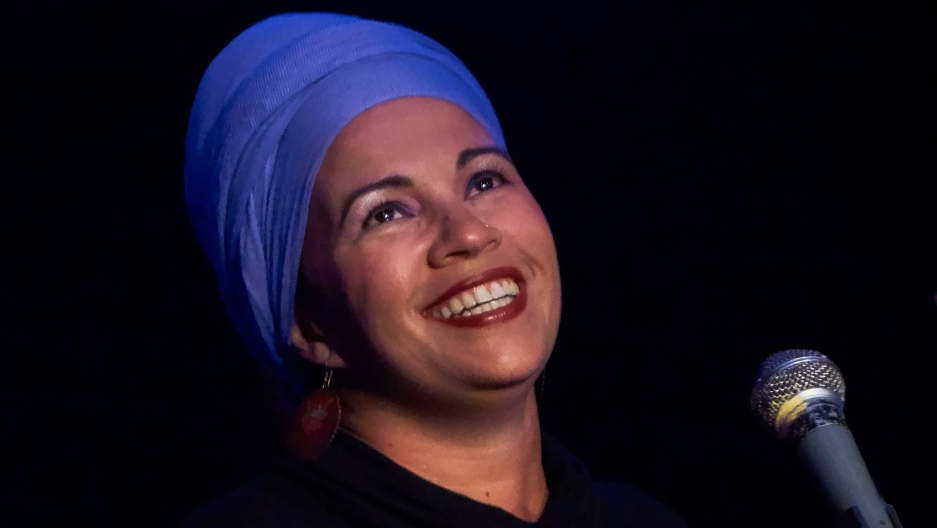 Telmary Díaz is a Cuban rapper in the US right now. She's on a very short tour, and you would think that as a musician with dates lined up months in advance, she would have had an easy time getting here.

That wasn't the case. It was a challenge to get here. Some of her band members couldn't get their visas in time, in part because the US Embassy in Havana is partially closed.

That's due to those recent "sonic attacks" targeting diplomats there.

So Díaz and her team had to work around that. She says, "We had to go to Mexico, go to the American consulate in Mexico and try to get the visas. ... [I]t was a nightmare, but we did it."

Her music director was denied with no clear explanation. And that's frustrating for both Díaz and other band members. After all, earlier this year they were able to travel to the New Orleans Jazz Festival. But in just a matter of a few months, things have really changed. "The way we arrived in New Orleans and how, even the questions they ask at customs, I feel like it's a disaster."

But for all the frustrations she encountered before the tour, now that she's here, how's the tour going? "The shows have been amazing. A great response. A lot of energy from all the community. Not just the Cuban and Latin community, but just the people from here, from America ... they support us, they dance with us ... you know, music is a universal language. Music has to win. Music has to get over all these kinds of bureaucracy problems."