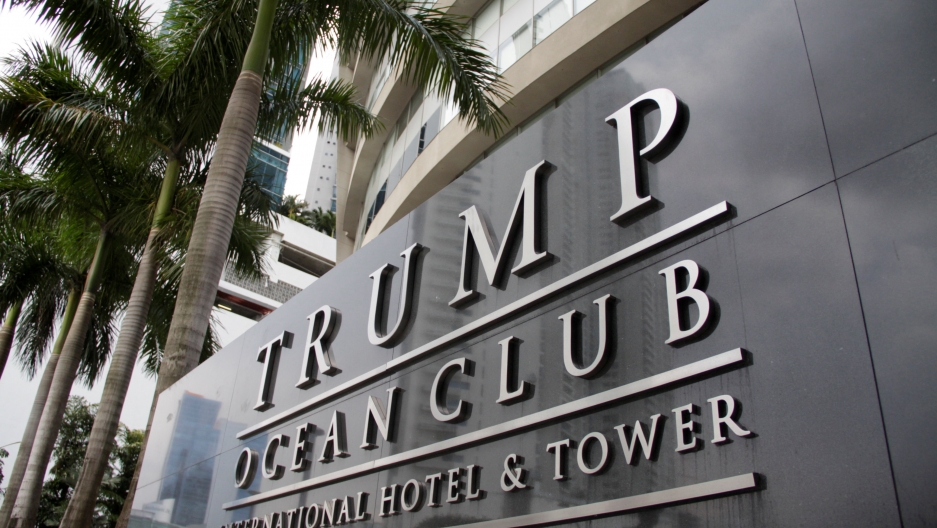 A sign of the Trump Ocean Club International Hotel and Tower Panama is seen in Panama City, Panama October 11, 2017.

First it was the Trump International Hotel and Tower in Toronto. Then it was the Trump SoHo hotel in New York. Now, a third property bearing the president's name is trying to distance itself from the Trump brand, according to a report by the Associated Press.

“Owners of the Trump International Hotel in Panama are working to strip President Donald Trump’s name from the 70-story building and fire the hotel management company run by Trump’s family,” the report reads.

“The property once paid at least $32 million to associate with Trump. The uprising by Panama hotel owners — following news that Trump was effectively being paid to end a similar management contract for the Trump Soho hotel in New York — points to continued struggles for the Trump brand outside strongholds like Mar-a-Lago in Florida and the Trump Hotel in Washington.”

The Panama hotel-condo unit was completed in 2011 and was Trump’s first international project of its kind.

Stripping the “Trump” out of the Trump International Hotel in Panama “would mark a new setback for the Trump family’s hotel business, which already lacked the scale of major international chains catering to business travelers,” according to the report.

AP reporter Jeff Horwitz explains why hotel owners are moving to distance themselves from the president. Hear more of his explanation by listening to the audio, above.