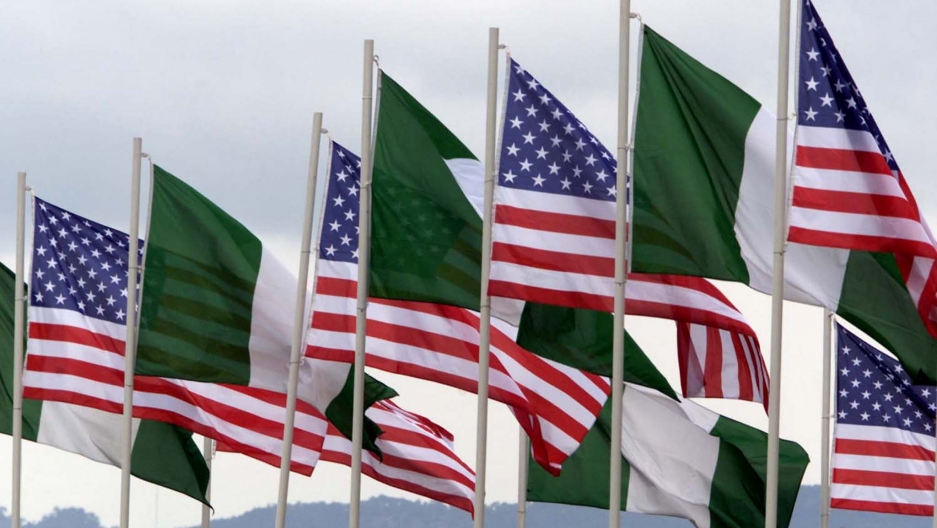 American and Nigerian flags fly next to each other in the center of Abuja August 24, 2000.

I am not American. I have no family here that I know of. The four months I have spent as a fellow at Yale University are the longest I have ever lived here. And yet, on Nov. 7, when Democrats won some key races across the country, I was as excited as your everyday partisan.

You can roll your eyes at the young Nigerian who has drunk the empire’s Kool-Aid, but it doesn’t matter. If you pay enough attention, you know what I know: What happens in the US matters for the rest of the world.

As an advisor to one of West Africa’s leading LGBTQ organizations, The Initiative for Equal Rights, I have often had to inform many Americans of the urgency of this fact, especially for nations, like mine, that take cultural cues from America.

When the rapper Jay Z drops a note about his mother’s sexuality, the sound echoes across my own country, Nigeria. When Shonda Rhimes places two black men in a beautiful gay relationship in Empire, it forces communities across the world to confront their own prejudices. The Kansas City-based International House of Prayer has been outed as a sponsor of homosexual hate in Uganda. And when Bishop TD Jakes ever so gently suggests that he has “evolved” on gay rights, there was a collective gasp across evangelical circles in much of the Global South.

There is a reason why Western Europe’s loud acceptance of equality hasn't yet made a significant difference in much of the world: because of the US. Like civil rights and the women’s suffrage movement, it is only when America declares the debate closed that it will finally be closed in much of the world. If not legally, then at least culturally.

It’s much the same with other issues on which America lags behind the rest of the developed world — including the dangers of uncontrolled income inequality, the corrosiveness of fundamentalist Christianity, the stranglehold of creationism, its Silicon Valley-driven fetish of technology and the emerging consensus about sexual assault. The American culture wars may play out in ivory tower protests and feverish TV debates, but their effects are felt on the streets of nations across the world.

So when an American election delivers historic wins, like the first openly transgender woman of color, the first black mayors in St. Paul, Minnesota, and Atlanta, and New Jersey elects its first Sikh mayor — it seems like a nationwide endorsement of inclusiveness, openness and diversity. Forgive me for being excited on behalf of much of the world.

If you are American and part of this evolving conversation; as an analyst on CNN, a protester at University of California at Berkeley, a columnist at the Huffington Post, a professor at Columbia or an activist putting pressure on your federal government, do not ever forget you are part of a crucial dance with major consequences for equality and rights in many parts of the world.

Do not take that privilege for granted at all.

Much of the world’s progress depends on your (loud) voice.

In a previous version of this story, Jideonwo misstated his Yale tenure. He's been at Yale for four months.

Jideonwo is a Maurice Greenberg World Fellow at Yale University. His latest book is "How to Win Elections in Africa: Parallels with Donald Trump."