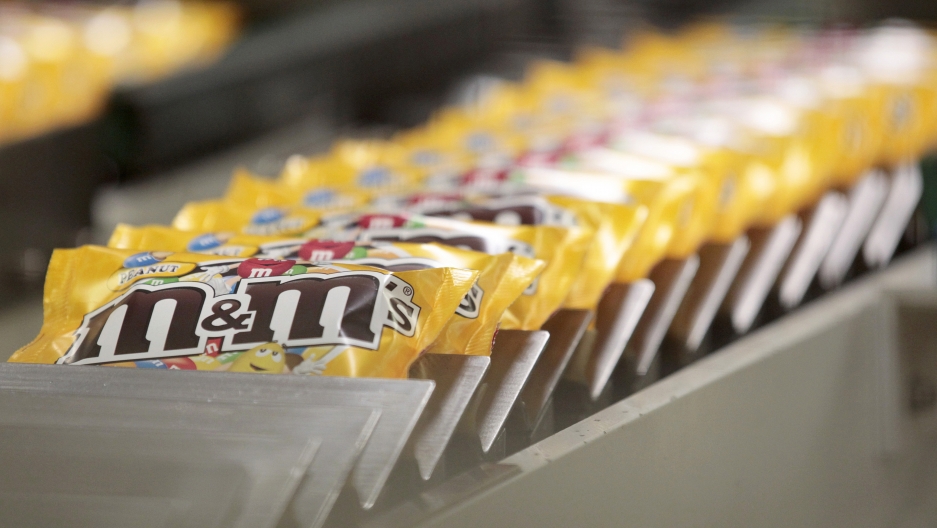 Mars is committing to cutting its greenhouse gas pollution by 2/3 by the year 2050. The company — which makes candy, pet food, and human food — is also pledging to make its roughly 150 worldwide factories carbon neutral by 2040.

In the US, and throughout the globe for that matter, the private sector is increasingly being looked to as a source of leadership for combating climate change. And many companies are stepping up, especially with the lack of leadership coming from Washington.

“We are worried about climate change and the ability of the world to move fast enough,” says Barry Parkin, Mars’ chief sustainability officer.

More companies are talking about climate change, but Mars, which is based in McLean, Virginia, is putting a big pile of money behind that talk — $1 billion toward cutting its greenhouse gas pollution by two-thirds by the year 2050.

“Using less energy in your factories just saves you money,” said Parkin. “The world has reached a tipping point on renewable energy where it’s actually cheaper now in many countries than fossil fuel energy. So, it’s just good business.”

Mars has invested in a Texas wind farm the size of Paris and is now using, or purchasing, enough renewable electricity to run all of its factories in the US, the UK, Brazil, Belgium and Lithuania. The company has committed to making its roughly 150 factories worldwide carbon neutral by the year 2040.

That march recently reached Ontario, Canada, and a brand-new facility in the township of Bolton, just north of Toronto. Mars doesn’t only produce candy — it also makes pet food and human foods, and in Ontario, it's churning out Uncle Ben’s instant rice.

“This facility can produce 140 tons a day, which is the equivalent of 600,000 pouches,” said Dave Dusangh, the general manager for Mars Food, Canada. “That’s enough to feed more than a million meals a day to North American households.”

That’s a lot of rice. And a lot of energy spent processing and packaging it. When Mars expanded its Bolton factory, energy cost savings were top of mind: The building has energy-efficient lighting, more efficient cooling, and plenty of natural light.

“Toronto is cold, however, having the windows actually creates natural heating for the building. It is helping us as part of our energy efficiency,” said Dusangh.

But the big energy cost here comes from cooking. To make rice that we can pop in a microwave and prepare in 90 seconds, it needs to be prepared at the factory first. That means boiling lots and lots of water.

The water they used to cook the rice was formerly only used once, then dumped down the drain. No longer.

“We’ve installed and put in a number of systems to be able to recirculate that water and recapture it," said Peter McDonald, the Bolton plant’s operations manager. "We clean it, then we’re able to re-use it within the process.”

“Back in about 2007, this factory was using roughly one-third of the water for the entire town [of Bolton]. Once we went to recirculating, we actually had the city contact us saying, ‘What’s going on?’” said McDonald. “We were able to recapture all that water, recirculate and reduce our water usage by 85 percent at the site.”

Through more efficient processes and recirculating water, Mars was able to cut its water usage by 85 percent in its operations in Ontario, Canada.

Sustainability chief Barry Parkin says changes like those in Ontario are just the start: “I hope in five-years’ time, 10-years’ time, we’re not carving out: ‘What are we investing in sustainability?’ But it’s just part of the way we do business.”

Still, Mars has its critics.

“We have to shift the focus from reducing unsustainability, doing less bad stuff, to doing more good stuff. And that requires a fundamentally different approach,” said Andrew Hoffman, a professor at the University of Michigan’s Ross School of Business who teaches sustainable business practices.

Hoffman likes that Mars is taking a public stance on climate change, but he says the company’s efforts aren’t enough considering the urgency of climate change.

“Scientists are expecting that 90 percent of the world’s coral reefs will be gone by 2050. There are expectations that by 2100 as much as half of all present species could be extinct. There needs to be some really bold thinking, and I do look to the corporate sector to do it,” said Hoffman. “I’d like to see [Mars] go carbon neutral.”

Mindy Lubber, the CEO of Ceres, a Boston-based organization that helps companies integrate sustainability practices into their work, had a different take on Mars’ billion-dollar commitment. She called it “wildly impressive.”

Lubber agrees that the private sector must do more, but is encouraged by the growing number of companies taking climate change seriously, like Mars.

“Mars has stood up before it was popular to say acting on climate change is not only an important imperative for our kids’ future, but it’s a business imperative,” says Lubber. “They set goals, and they work to meet them.”

Mars also widens the definition of “sustainability” beyond the environment to include people — treating its suppliers and farmers fairly, economically and socially.

And Mars is going beyond its own internal efforts. Last winter, Mars joined a list of companies urging President Donald Trump and Congress to do more to combat climate change.

But cleaning up Mars’ factories, that’s the easy part. Its factories produce just 10 percent of the company’s greenhouse gas emissions.

The bigger challenge will be tackling the company’s agricultural supply chain — dramatically improving how all that cocoa, sugar and rice is grown. Mars says it’s committed to freezing the company’s land footprint and stopping deforestation.

But the company came under fire just last month for buying palm oil from Indonesian land that used to be habitat for orangutans, rhinos and leopards. Mars says it expects its suppliers to comply with environmental standards, but acknowledges the challenges.

With rice, Dave Dusangh says Mars has started a pilot program with farmers in Pakistan and India.

“What we’ve been able to see, through improved farming practices the production of rice has resulted in a third less use of water," said Dusangh. "And importantly for the farmers and their economic well-being, we’ve seen a 30 percent increase in the income that they’re able to generate.”

The company is also working with rice farmers in the Mississippi River Delta to achieve similar metrics.

No doubt, it’s going to be a challenge for Mars to both meet its environmental goals and appease the critics. But the bigger challenge, for the world, may be: How to get more companies to at least start trying? 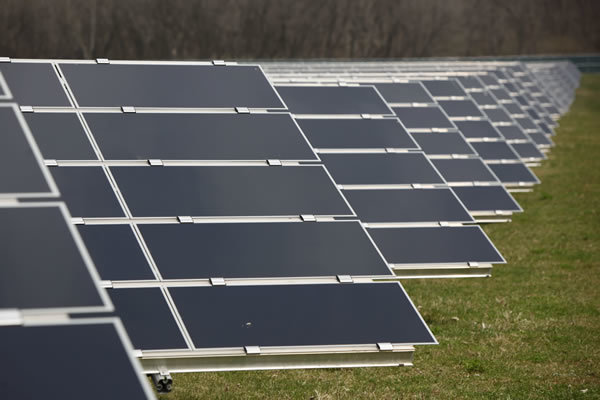 Solar panels at Mars’ factory in Hackettstown, NJ where M&M’s are produced. Mars has invested in enough renewable energy to power all of its US factories.