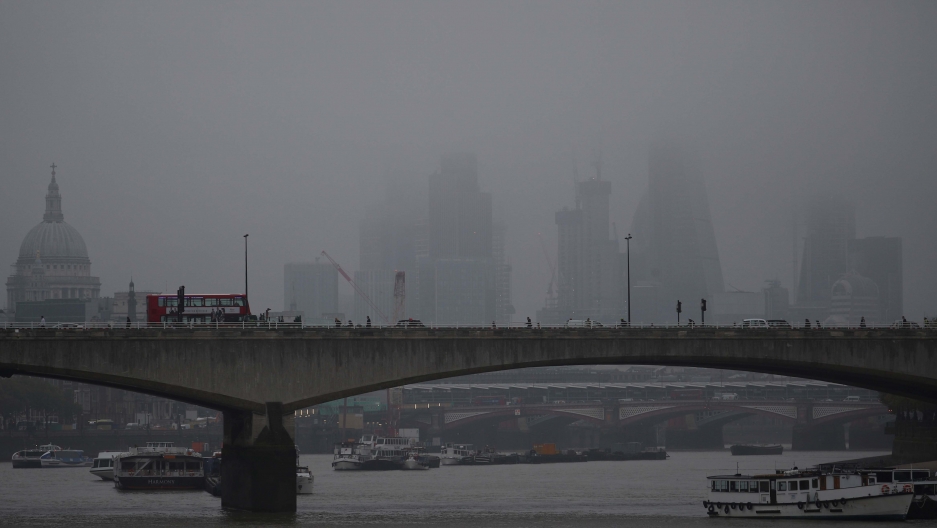 London's forgotten dead are commemorated once a month at the Crossbones Vigil.

A few minutes from Shakespeare's Globe Theatre, a unique ceremony takes place every month. The Crossbones Vigil follows no particular religion and commemorates no powerful or famous people.

And that's what makes it so special. The vigil is for London's outcasts.

During a recent vigil, the road is closed to traffic soon after rush hour, while a few dozen people begin to gather. Maggie has come to remember her son. "He was 26 years of age, and he got shot and killed in the Netherlands," she says. She needs Crossbones at this time.

"I was really grieving. And because he was a sort of outcast — he wasn’t a criminal, but he was a dancer and kickboxer — I just felt comfortable with tying his name on the gates."

The "gates" are an ordinary industrial set of railings running along the road, just to Maggie’s right. Every inch of them is covered in ribbons, trinkets and photos from people like Maggie.

"This whole thing around here is very beautiful, it's love and honoring the dead," she says. "And that’s what you have to do."

There’s a reason this all takes place on this spot. Through the ribbons and mementos on the railings, you can just make out a few candles burning on the other side. The gates form the boundary to a small garden, but in previous centuries the garden was a  graveyard: the Crossbones Graveyard, a place where anyone could be buried.

Everyone here knows the story. Alice is here to remember a family member. "Back in the day, this was the area of London where prostitution was permitted. Bear-baiting. Theater," she says. "Of course, prostitutes couldn’t be buried in hallowed ground. So they were buried here. Thousands of them are buried here."

The bodies are still there: The cemetery was closed in Victorian times when the ground got too full.

At 7 p.m. John Constable, the master of ceremonies, opens the vigil by ringing a small chime.

"Spirits of the living, spirits of the dead. Welcome!" he says. Everyone gathers closer, each holding a ribbon in their hands. And on each ribbon, there is a name. Some are names taken from the records of the London poor over the centuries — a market-seller who died in 1723, a streetwalker in 1802. Some are loved ones of those present. When the spirit moves them, attendees read out their names and tie the ribbon to the gates.

Constable founded the vigils more than a decade ago. He came this night to read the name of his friend Irving, who died this year. He reads the name into the evening and ties the ribbon carefully. Then others in the crowd join in.

And then Constable asks those present to listen to the city, accepting these names. "The rumbles of the trains, the traffic, the planes overhead the distant cries of voices — these are only things — sounds that appear and disappear in this beautiful shining emptiness. As we stand for one minute in silence, to light the open pathways for all beings dead and alive."

As the crowd listens in silence, the sounds of the city carry his words away.