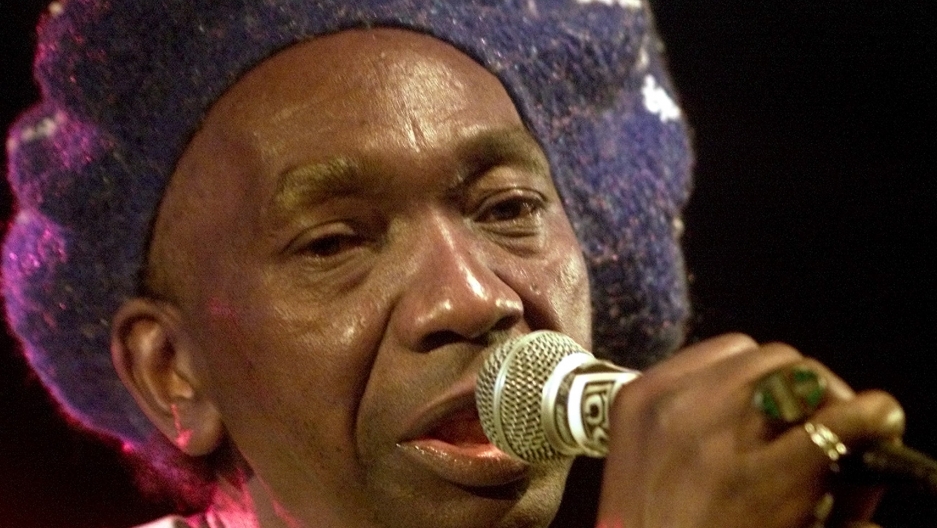 Thomas Mapfumo's music was banned by the country's state-owned media.

Thomas Mapfumo is a music legend in Zimbabwe.

So, when the so-called "Lion of Zimbabwe" released the album, "Corruption," in 1989, criticizing Robert Mugabe's authoritarian regime, his country's leaders turned against him.

"A lot of people who were affiliated with this government were not happy with the song," he says. "They didn't want me to tell the people the truth about what was happening."

When Zimbabwe was still Rhodesia, the white minority regime imprisoned Mapfumo without charges. He had supported fighters like Mugabe during the war for liberation. But about eight years after independence, Mapfumo began to see Mugabe as a decadent ruler, and his Chimurenga music included lyrics sharply critical of the longtime ruler.

"I thought, well, if we were going to have a black government, our people were going to be free," he says. "But that wasn't to be. And to me, it doesn't matter if you're white or black; if you do wrong things I'll still sing about you."

Mapfumo went into exile in Eugene, Oregon. He says he left Zimbabwe so his children could pursue their education. He hasn't been back to his homeland since 2005.

But now that Mugabe has been ousted, Mapfumo says he'd like to return.

He just doesn't know if that's in the cards right now.

"Of course I would like to go back to Zimbabwe. But let's not forget that these [new leaders] are the same people who used to work with Mugabe. Just because some of them may have been fired from the party and then they come back saying, 'Mugabe is bad,' we don't know how good they are themselves," Mapfumo says, adding, "We are keeping our fingers crossed."