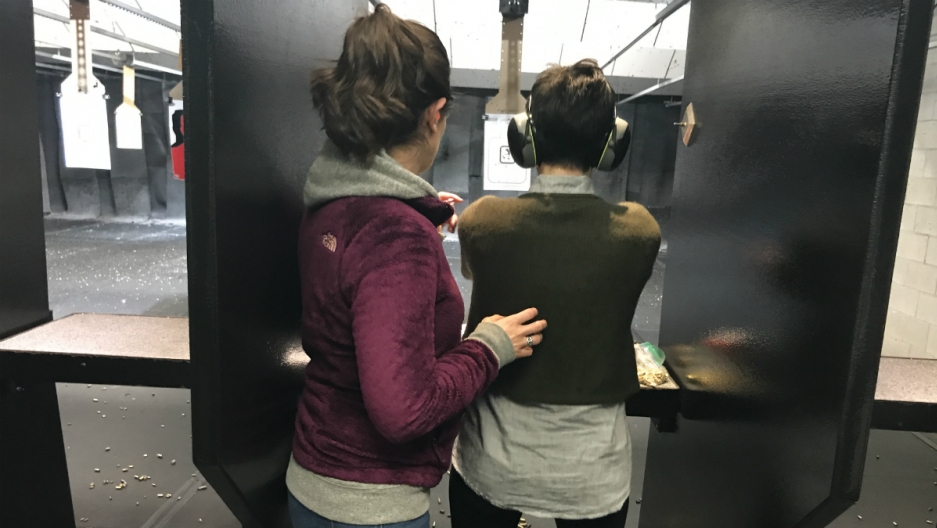 Lydia and her sister at Mass Firearms School, in Holliston, Massachusetts

Lydia Emmanouilidou's older sister has been begging her to go to the gun range with her for years.

But Lydia has always said no.

“One year, she even asked me to go with her as her birthday present,” says Lydia. “I refused.”

Growing up, guns just weren’t part of their lives.

Lydia’s family immigrated from Greece — a country where it's uncommon to own a firearm unless you’re a police officer or in the military — when she was about 12, and her sister about 15.

But after they moved to the US, her sister bought a gun for self-protection and began going to the gun range to practice with it, developments that Lydia found confusing.

But, recently, Lydia agreed to go to the gun range with her sister.

She hoped the trip would help her better understand why her sister got into American gun culture, and why she herself never did.

You can listen to their experience at the gun range by clicking on the audio above.