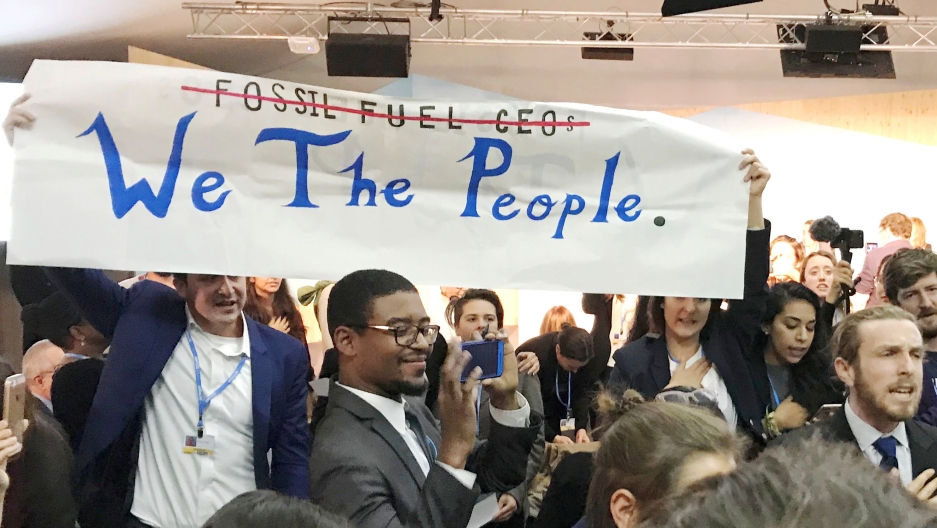 The official US delegation to the United Nations’ climate talks this year in Bonn, Germany, cuts a confusing profile.

It’s small and nearly invisible, delegates refuse to talk on the record and the team’s office door is often closed.

More than halfway through the two-week meeting, the only official US event has promoted fossil fuels as a solution to climate change, including a big push for so-called clean coal.

Two years ago, the US delegation to the global climate talks helped push through the Paris Agreement, a breakthrough deal that for the first time committed virtually every country in the world to fight climate change. But this year’s delegation is the first under President Donald Trump, who has declared climate change a hoax, promised to pull out of the Paris climate agreement and put fossil fuels back at the center of US energy policy.

But this is not the only delegation — or message — from the US here in Bonn. There’s another group, loosely assembled under the slogan “We’re still in.”

Unlike the Trump administration, this group accepts the overwhelming scientific evidence that climate change is real, and supports the goals of the Paris Agreement.

“We have oyster fishermen in my district, they’re experiencing the effect of climate change through the water getting warmer, bacteria coming in that were never there before,” said Josh Cutler, a state representative from Massachusetts who’s part of the unofficial US contingent at the summit.

Just after arriving at the conference site, Cutler and his colleague Jim Cantwell put on their carefully chosen ties — one sporting images of the US capital, the other with the official seal of the state of Massachusetts. They want to make it clear where they’re from and who they claim to represent.

But they’re a little nervous about how they’ll be received here.

“What I dread is people saying, ‘Are you retrenching? Are you the only country in the world that’s not going to follow the Paris accord?’” said Cantwell.

He and Cutler are among more than 100 governors, mayors and others who came to Germany to say they are still committed to Paris. 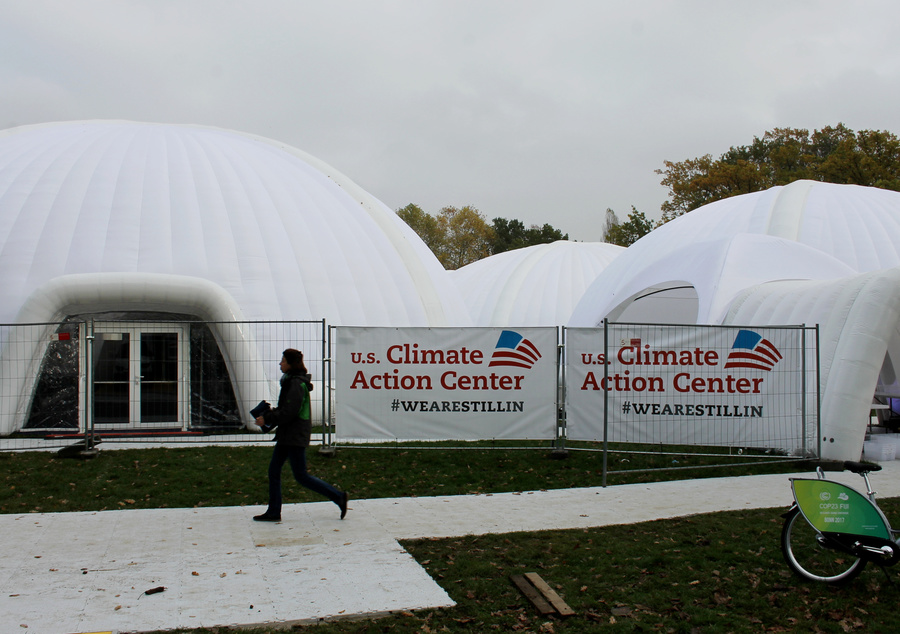 Not the US pavillion at the UN climate negotiations in Bonn, Germany, this giant tent was set up by US groups opposed to to the policies of the official US delegation and President Donald Trump.

“The rest of the world’s got to carry the ball while we’re temporarily in America off to the sidelines,” said California Gov. Jerry Brown, one of the group’s leaders. “But there’s still California, there’s still New York, Washington, Oregon, all these other places, and there’s still corporations.”

To back up that message, Brown and former New York City Mayor Michael Bloomberg announced they have gathered support for climate action from public officials and business executives who represent 130 million Americans.

Just how much ground this effort can make up remains to be seen. The federal government isn’t just walking away from its Paris commitments, it’s actively moving in the other direction. One fossil fuel panelist proudly told The World that the US sells coal to Ukraine and Germany.

And when they do talk, the official delegation makes it clear who’s running the show. In response to Brown and Bloomberg’s assertion that their efforts represent 130 million Americans, White House energy and environment adviser George Banks responded, “I represent something like 300 million Americans.”

In other words, the whole country.

Related: Fijians in Bonn speak from the front lines of climate change

But the alternative delegation is doing its best to challenge that narrative.

Its headquarters, just outside of the official conference grounds, is six inflatable white domes, sponsored by Bloomberg. And like President Trump himself, it projects confidence and even a swagger. At a reception in the pavilion with free espresso and pastries — a rarity at these talks — Moroccan activist Nadia Hmaity seemed a bit overwhelmed.

“It’s huge,” Hmaity said. “Even the pieces of cakes are big.”

In fact, everything at the unofficial US headquarters is so big and flashy that Hmaity at first thought it was sponsored by Trump. But when she learned it was paid for by an American businessman, she said it was “worth every penny. ... Your government said 'no,' and somebody else said 'I’ll be in.' So if you do it, do it in the biggest way, and let everybody talk about it.”