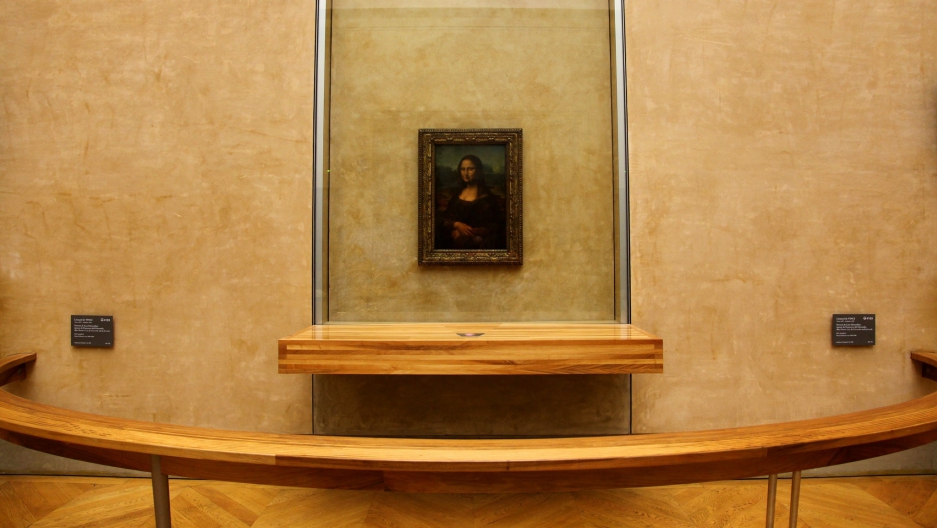 You may know Leonardo da Vinci best for masterpieces like the “Mona Lisa” or his oft-reproduced “Vitruvian Man” drawing, but the famous artist’s interests didn’t end with art. A true Renaissance man, da Vinci studied engineering, science and just about anything that caught his eye — filling more than 7,000 notebook pages with lists and observations over the course of his life. “Leonardo was curious to know everything there was to know about everything you could know about creation, including how we fit into it,” says biographer Walter Isaacson.

“He made lists of questions every week, from ‘Why is the sky blue?’ to 'Ask [a friend of his] about how to do a measurement of the sun,' to things like 'Describe the tongue of a woodpecker' — something you'd want to know only out of pure curiosity,” Isaacson says. “Leonardo da Vinci, to me, is the ultimate example of somebody who sees beauty across both art and engineering.”

Isaacson explores the artist’s boundless curiosity — and his brimming notebook pages — in the new book “Leonardo da Vinci.” He explains that da Vinci, who had almost no formal education, made very little distinction between science and art.

“When he reached that unnerving milestone of turning 30, he writes a job application to the Duke of Milan and he lists all the things he can do in 11 paragraphs,” Isaacson says. “And the first 10 paragraphs are sort of engineering and design, like, I can design public buildings, I can divert the course of waters, I can make weapons of war. It's only in the 11th paragraph where he says, I can also paint.

“But if you look at say, 'Vitruvian Man,' the guy spread-eagle in the circle in the square — which is a self-portrait of Leonardo figuring out, 'How do I fit in, how do I match the proportions of a church and of the universe?' — you can see that as an icon both of science and of art.”

In fact, folded into the “Vitruvian Man” drawing are a number of subjects — math, architecture, religion— that piqued da Vinci’s interest. “First of all, his whole life he wrestled with that wonderful mathematical puzzle of squaring the circle — how do you make a square the exact same area as a circle, using only a ruler and a protractor?” Isaacson says. “Secondly, he was working on church designs, and Vitruvius, the ancient architectural writer, says a church should be designed like the proportions of a human.”

When da Vinci traveled with a group of friends to Pavia to study the church there, he came away with “300 or so measurements of humans,” Isaacson says. “He measures every part of their anatomy, both standing and moving, and it's exactly scientifically correct.”

“But even more thrilling is that when he does ['Vitruvian Man'], it's also a work of unnecessary beauty: perfect shading, him standing there naked, feeling naked against the universe and the cosmos. And it's very spiritual because it is the circle and the square, and how that represents the Earth, the cosmos and the proportions of a church.”

Likewise, in his research, Isaacson found that da Vinci’s study of a famous smile went more than skin deep. At the top of a page in the artist’s notebook detailing his dissection of a human face — all the muscles and nerves that touch the lips — Isaacson found a faint sketch. “You see how in his studies of anatomy, [da Vinci is] starting now to sketch in light chalk the 'Mona Lisa' smile,” he says. (Read more about the “Mona Lisa” smile in an excerpt from Isaacson’s book.)

For Isaacson, there’s a lesson buried in da Vinci’s remarkable body of work. The biographer has profiled other big thinkers, like Einstein, but says that in some ways da Vinci’s genius is more accessible. “Einstein was almost touched by lightning, as you would say, meaning he had a processing power that involved the ability to use equations to describe the curvature of space and time in ways that an ordinary mortal cannot really aspire to,” Isaacson says.

“Leonardo, if you go through his notebook, made arithmetic mistakes,” he adds. “He left things unfinished. He wasn't particularly great at making theoretical concepts. He was just very good at experiment, and sort of understanding nature by seeing patterns across things — like swirling water and the pumping of the heart valve and the River Jordan going by the ankles of Jesus, all these things that sort of formed a certain swirling pattern for him.”

Da Vinci’s genius, Isaacson says, came from pushing himself to be highly observant. “He'd write in his notebook, 'Go down to the moat by the castle and look at four-winged dragonflies to see if their wings flap in unison or move alternately,'” Isaacson says. “These are things we could all do if we would pause a few times a day, maybe even a few times an hour and say, 'Let me look a little bit more closely at that.' And by doing so, we would see how things cross different disciplines in nature and form certain beautiful patterns.”