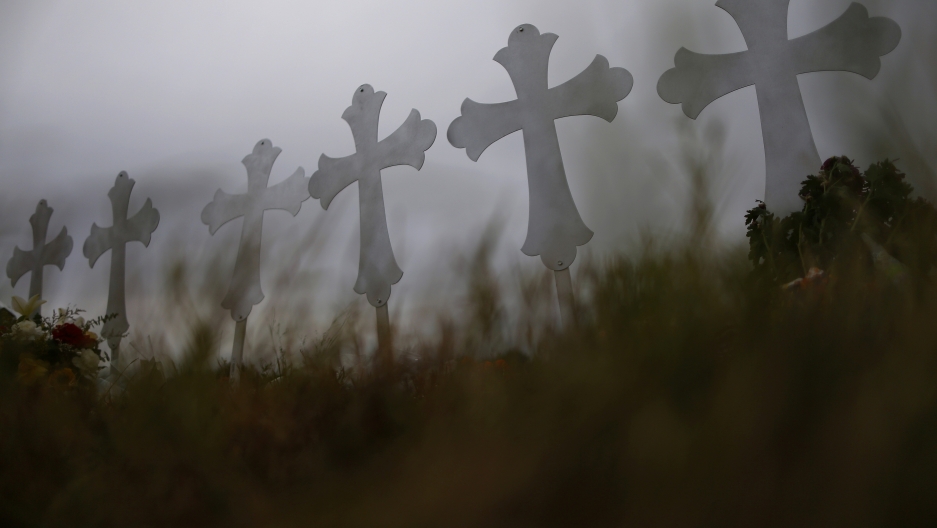 After every mass shooting — like the one in Sutherland Springs, Texas, on Sunday — the satirical news website The Onion publishes the same article: 'No Way to Prevent This,' Says Only Nation Where This Regularly Happens.

But epidemiologist Gary Slutkin says there is a way.

Slutkin, who now teaches at the University of Illinois at Chicago School of Public Health, spent a decade fighting AIDS, tuberculosis and cholera in Asia and Africa. When he returned in the 1990s, he noticed that gun violence in American cities spread a lot like infectious diseases. "When you look at a map for example of Chicago or Los Angeles, you will see that in certain places that the amount of ... violence seems to be very dense in a center, and then less dense, and then less, and then less," Slutkin says. "We call these epicenters. This is standard infectious disease epidemiology."

So he had an epiphany: What if we treated gun violence like we treat infectious diseases, with public health interventions? Slutkin started a group called Cure Violence, which trains community health workers to identify people at risk of committing an act of violence and to de-escalate the situation. They're called interrupters.

Now Slutkin says that this model can be used not only to prevent community violence but mass shootings as well, like the one that happened in Sutherland Springs, Texas.

He says even though mass shootings are rare and sporadic, it's still possible to spot potential shooters. "For these mass shooting incidents that have occurred either teachers were aware of something, or in this case, the military was aware of something as was his family." So getting information from the community, that could then be used to intervene, would have been "highly relevant," Slutkin concludes.

To listen to Gary Slutkin explain his idea, click on the audio link above.