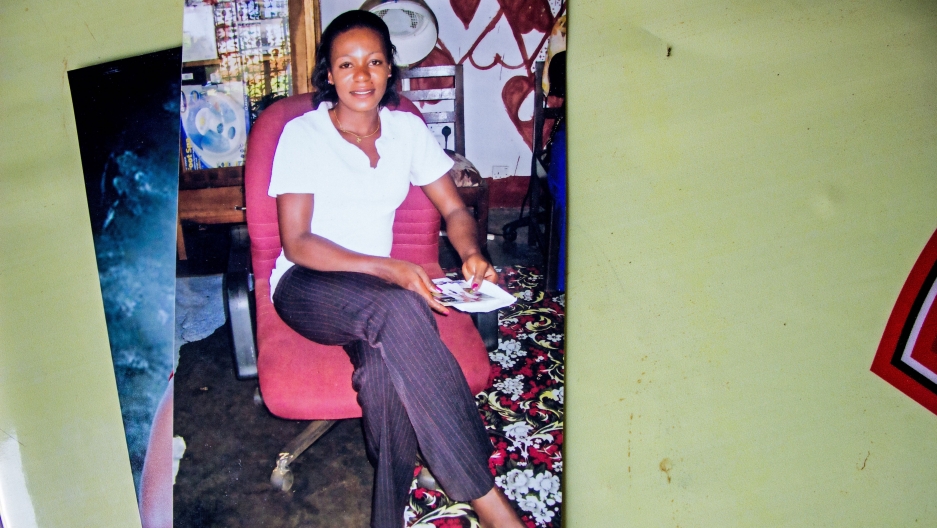 Rose Nakimuli was a hairdresser in Katabi town. Neighbors describe her as a kind woman who was never reckless with men.

Editor's note: This story contains material that some may find disturbing, including sexual violence and murder.

Around 9 p.m. on the last night of her life, Rose Nakimuli closed up her small hair salon in provincial Uganda. The 27-year-old walked home to freshen up, turned on her porch light for the evening and then retraced her steps down to a local bar for a late evening beer. As she made her way home later, walking along a dirt road adjacent to a two-lane highway, a friend leaned out of his small bar to say hello.

A neighbor found her body the next morning, slumped under banana trees in front of her home. Nakimuli was stripped and forced into an awkward position on her knees. A cassava stick had been shoved into her vagina. Nearby, a maroon sweater hung from a tree, which her husband used to identify her. The porch light was still on, suggesting she never made it home.

Nakimuli is one of 23 women to have been killed since May under mysterious and gruesome circumstances on the fringes of Kampala, the growing capital of rapidly urbanizing Uganda. The murders have sparked terror in local communities, raised questions about the country’s commitment to protecting women and heightened scrutiny of the police force — a powerful institution criticized for acting with impunity and as an arm of the ruling political party, the National Resistance Movement.

The victims have all been women ranging from 19 to 38 years old. Four have been identified as sex workers, several were informal traders and one was a high school student. Many of the victims lived alone without family in the area. At least three of the women remain unidentified.

Police have blamed many of the murders on practitioners of witchcraft who use human sacrifice to try to generate financial wealth. Others, they say, are a result of domestic violence, drug-addled and unemployed youths, land disputes and single women not taking proper precautions. 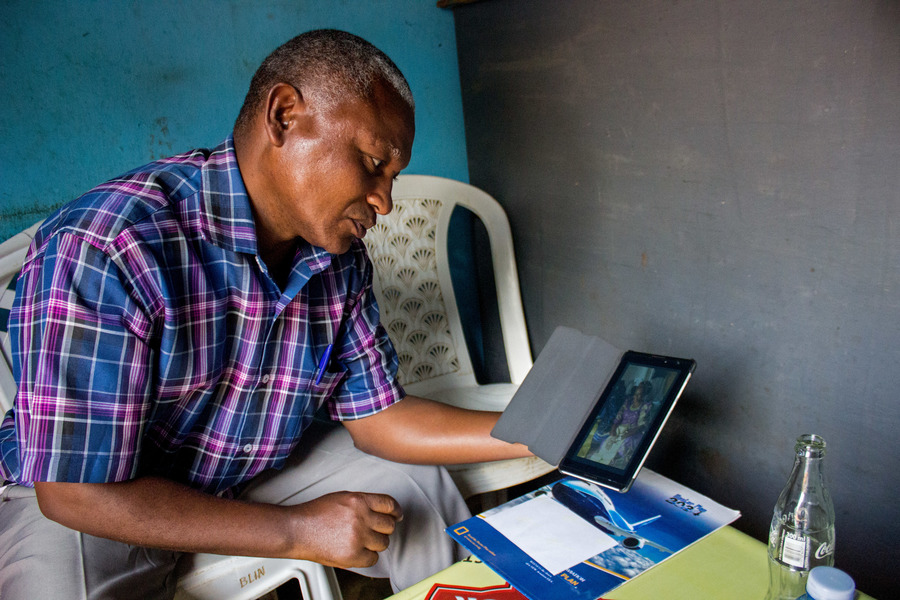 Anatoli Ndyabagyer, husband to Rose Nakimuli, proudly shows pictures of his wife who was brutally murdered and found in the bush with a stick inserted in her genitals.

“These are things we must focus on as a country in order to make sure we protect women and girls,” said Asan Kasingye, the national police spokesman.

More than a dozen suspects have been arrested. Some have confessed, reportedly after torture. But little evidence has been produced publicly linking the suspects to the crimes.

Locals and activist groups accuse the police of being overwhelmed and ambivalent about the deaths of nearly two dozen women.

“What makes me to feel that there is an element of injustice is that it took Rose to die in order for somebody to move,” said Nakimuli’s husband, Anatoli Ndyabagyera, 52.

In the meantime, communities have formed watch groups, a curfew has been imposed to prevent women from walking alone at night and local informal economies have dried up. Some of the precautions haven’t been used since the dictatorship of Idi Amin and the civil war following his 1979 ouster.

In September, Interior Minister Jeje Odongo pinned most of the murders on a pair of businessmen at the top of an extensive criminal network linked to "the Illuminati." The men, Ivan Katongole and Phillip Tumuhimbise, used the victims’ blood and body parts for rituals intended to increase their wealth, Odongo claimed.

Magic and mysticism remain potent powers in Uganda. Often, the beliefs take the form of benign rituals, but occasionally they turn more sinister. Children, in particular, have been killed for ceremonial purposes in the past. 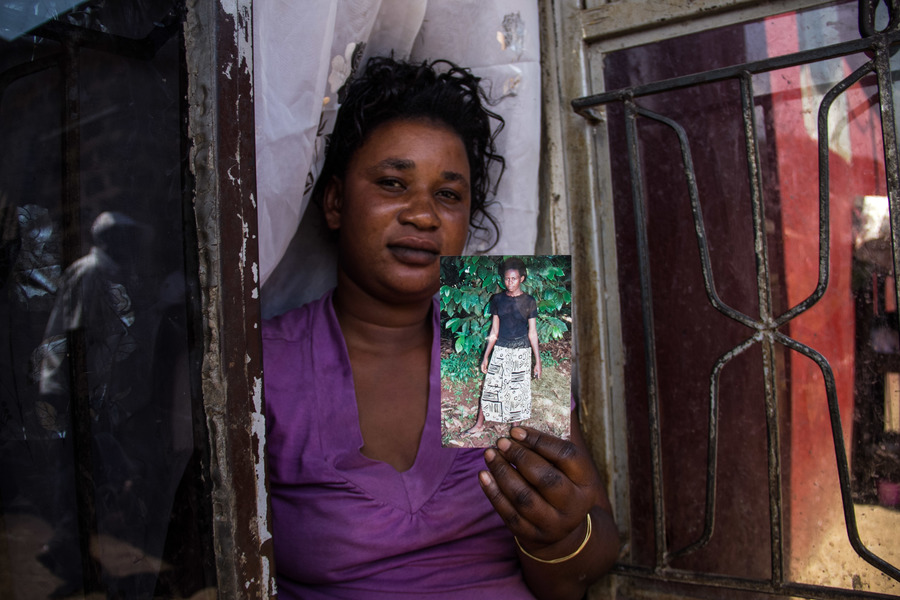 Alice Nakibilango shows a picture of her neighbor Sarah Nakajjo, who was found dead with one of her breasts mutilated, a stick inserted through her genitals and eyes reportedly gouged out in Entebbe.

But the recent killings of women bear little resemblance to traditional ritual killings, according to Jordan Anderson, an analyst who has studied magic in East and Central Africa. For one, it’s unusual to leave a sacrificed body intact.

“You are killing the person because, in the first sense, you want to use that body part in the ‘medicine’ or the potion that you are going to put together,” he said. “It’s the particular part of the person you want, not the death per se."

Black magic can also be useful cover for a murderer trying to hide their tracks or an easy scapegoat for incompetent security forces.

“If you have this motif in the media, people can pick it up and copycat it,” Anderson said. “If there’s insecurity in this area, if there are murders taking place, this is a great excuse for the politicians, the police and, above all, the people doing the murders.”

Nakimuli was known for being “very kind,” her husband said in an interview at one of the bars where she was last seen alive. “She couldn’t bear to see a child crying.” For two months after her death, he couldn’t bring himself to clean out her home.

Rumors spread easily in small towns like the one in which Nakimuli died, and Ndyabagyera remains suspicious of the police account of what happened to his wife. He believes a cousin of Nakimuli’s may have set her up as part of an old grudge.

The small hamlet where Nakimuli and 11 other women were killed, Katabi, lies along the main road from Kampala near the city of Entebbe, on Lake Victoria, which hosts Uganda’s main airport and the mansion for President Yoweri Museveni. Museveni passes along the road regularly as he commutes from his home to the capital city. But not until late September did he visit the town to pay his respects to the dead. 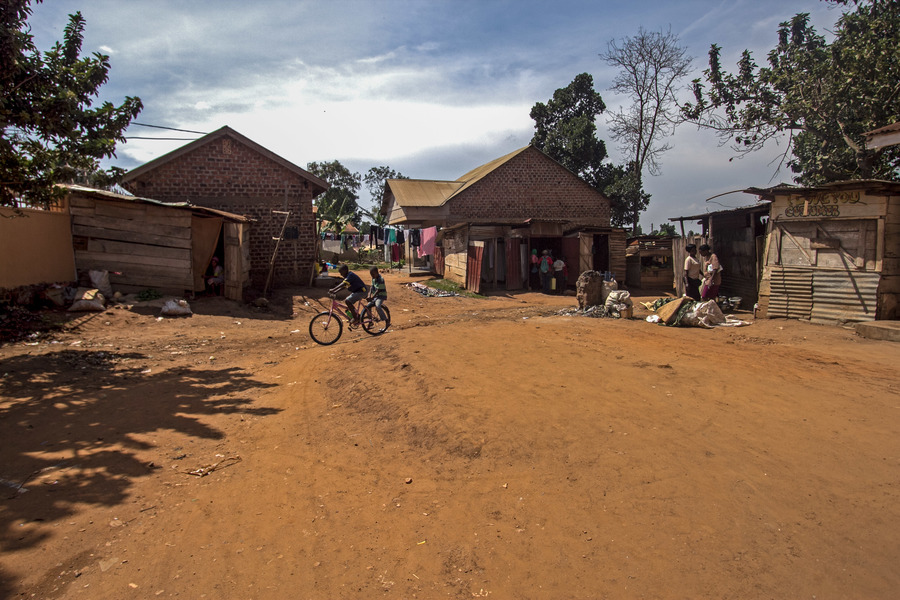 Nansana town has been economically affected by the murders: What used to be a buzzing market center is now a quiet ghost town.

During the surprise visit, Museveni held a clipboard and took studious notes as he interviewed friends and neighbors of the victims.

Instead, the government has appeared singularly focused on efforts to amend the constitution and remove a prohibition banning anyone 75 or older from running for president. Museveni, who has run the country since 1986, will be 76 during the next election and would be forced to step down unless the constitution is changed.

'Not a neighbor that you wish to be with'

Most of the dozen women killed around Katabi were brutalized in ways similar to Nakimuli. Many had been stripped naked, strangled and violated with cassava sticks.

During the same period, the bodies of another 11 women were discovered 20 miles north, on the opposite periphery of Kampala. Victims there were strangled and some appear to have been sexually assaulted, but there were no sticks in their genitals.

Those killings have been linked to an indiviual named Ibrahim Kaweesa, a chicken salesman who had previously spent a decade in prison for robbery. According to the interior minister, Kaweesa was hired by Tumuhimbise, a young shopkeeper, to kill a dozen women “for ritual performance to protect or enhance his wealth.”

“They removed the blood,” said Charles Waswa, 40, who helped to arrest Kaweesa as part of a semiformal network assisting police.

Kaweesa lived two-thirds of the way down a narrow alley of apartments, surrounded by screaming children and women cooking outside. Neighbors described him as a boastful and dangerous womanizer.

Annette Namkose, 29, a neighbor, intervened to stop Kaweesa from dating her sister. In response, he threatened her, claiming, “I’ll kill you like the way I did the ones in Entebbe,” she said through a translator.

“He’s not a neighbor that you wish to be with,” she said. 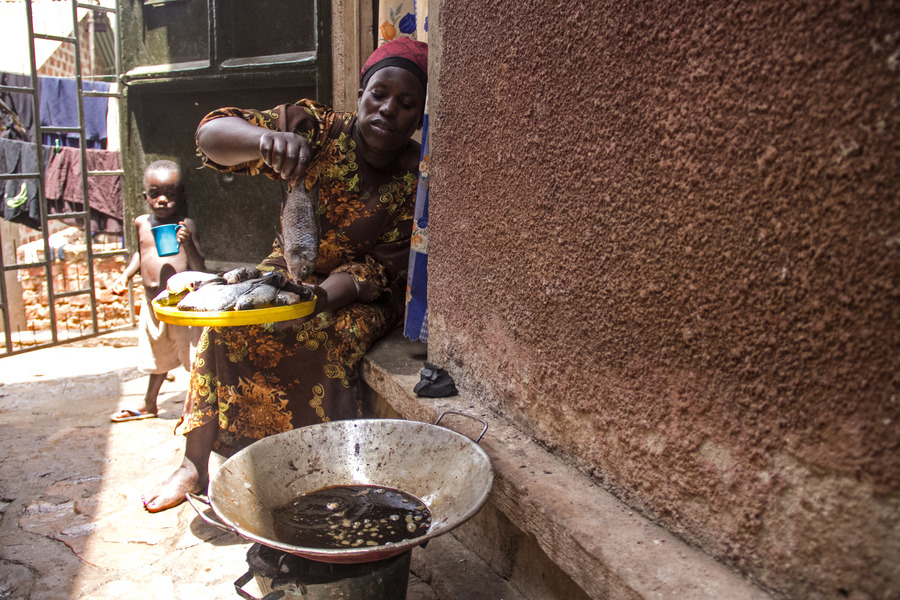 Annette Namkose is a local fish seller in Nansana and neighbor to prime suspect, Ibrahim Kaweesa. She was there when he was arrested.

Kaweesa was arrested and, police claim, quickly confessed to the crimes. Allegedly unprompted, he walked investigators through several of the murder scenes.

It’s been several weeks since a new body has been discovered. Yet locals such as Namkose remain skeptical that the threat is gone. Even the police doubt that their work is done.

“I don’t believe we have arrested each and every person who knew about this matter,” said Kasingye, the police spokesman.

“I cannot say 100 percent there isn’t going to be any [more] crime because it has never happened anywhere in the world. But at least it [the arrests] shows us we can stop criminals. We can arrest them, we can prosecute them and we can do this throughout the whole country.”