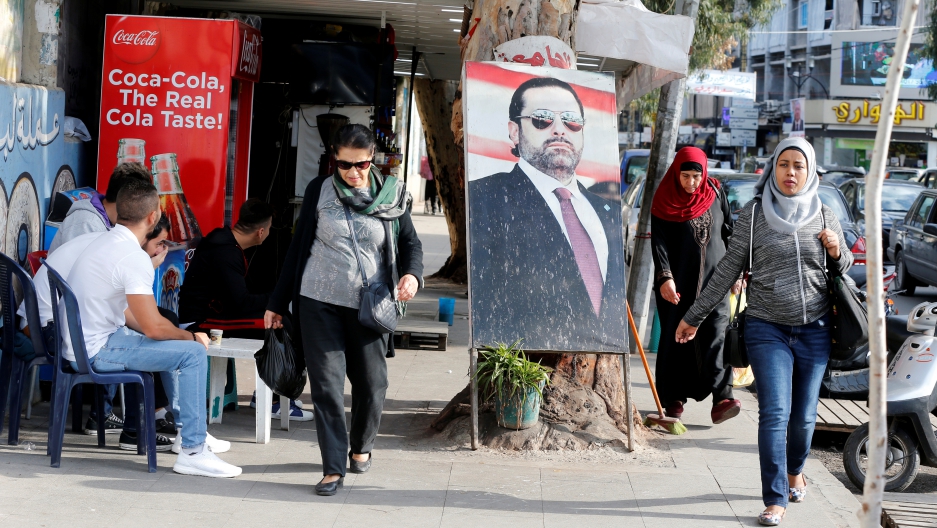 People walk next to a poster depicting Lebanon's Prime Minister Saad al-Hariri, who resigned his post, along a street in the mainly Sunni Beirut neighbourhood of Tariq al-Jadideh Nov. 6, 2017.

Lebanon’s prime minister resigned over the weekend, a move that simultaneously “plunged the nation into uncertainty,” “raised fears of regional instability” and “ushered in a new political era in Lebanon that could prove turbulent and rocky.”

Saad Hariri, who became prime minister for the second time less than a year ago in a government of national unity, cited the dominance of Lebanon by Iran and its ally Hezbollah and threats to his life as being behind his decision.

"Iran's arm ... has managed to impose a fait accompli on Lebanon through the power of its weapons," he said in a televised speech from the Saudi capital of Riyadh, referring to Hezbollah.

Hezbollah was the only one of Lebanon’s major militias that did not disarm following the country’s civil war, which ended in 1990. The status of the group’s weapons has been the key dividing line in Lebanese politics over the past decade.

Hariri’s resignation has been widely interpreted as an attempt by his financial backer, Saudi Arabia, to counter Iran’s influence in the region, which has grown significantly throughout the Syrian civil war.

Lebanon has long been a battleground where Iran and Saudi Arabia settle their differences. The two regional powers back rival Shiite and Sunni political blocs in Lebanon, giving them significant leverage over the country's politics — and its stability.

The small Mediterranean country received a brief respite in the proxy war when the two sides took their fight to Syria. But that conflict is winding down, and Lebanon has become a focus once more.

Newspaper headlines predicting “instability” and “uncertainty” have returned with a vengeance. In Lebanon, a place that is no stranger to crisis, interpreting these maneuverings is something of a national pastime.

“Everything in Lebanon makes us worried, especially now,” said Christina Karam, a resident of Ashrafieh, in east Beirut. “We lived through war. Even small things become bigger.”

“We get used to speaking with each other about these things. Politics is like bread for us. During these past two days all our conversations have been about Hariri and Saudi Arabia and what is going to happen.”

Lebanon has faced serious instability many times since the end of its 15-year civil war. In 2006, an Israeli invasion prompted by a cross-border Hezbollah raid left thousands of Lebanese civilians dead and much of its infrastructure destroyed.

Ever since, Lebanon has been awaiting a rerun of that conflict. Add to that the country’s own internal tensions, and the constant drumbeat of war turns into background music.

“This is something normal for us,” said Hussein Sahely, who lives in the Bourj al-Barajneh neighborhood of Beirut. “We are professionals in discussing and studying these situations because we are so used to it.”

“At first everyone thought there is something bad going to happen. Now everything is back to normal.”

According to Lebanese cartoonist Maya Zankoul, there’s a link between how much news a person consumes and how much they worry, especially in Lebanon.

“I'm someone who rarely listens to the news, and on some days I notice that I'm the only one having a good day in the room,” said Zankoul. “People are scared because of something they heard on the news. Most of the time, it turns out to be nothing.”

The realization led Zankoul to produce a cartoon satirizing the phenomenon, back in 2012. 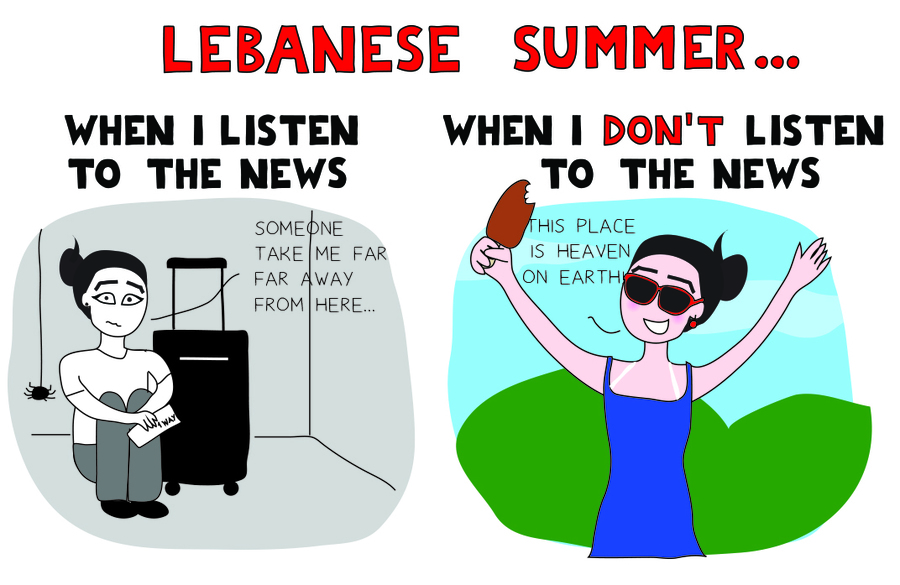 “It always gets shared in times of crisis, which makes me feel like Lebanon is stuck in a vicious cycle,” she added.

But instability can also have very real effects. Lebanese bond prices dropped Monday in response to Hariri’s resignation. There is also talk of long-delayed parliamentary elections (scheduled for next year) being postponed yet again, and speculation that Gulf countries may impose economic sanctions on Lebanon.

“Political instability erodes public confidence in Lebanese institutions. It's bad for the economy, for tourism, for the real estate market, for the banking sector,” said Elias Muhanna, a Lebanese writer and analyst.

“This is a small country crowded with a million and a half refugees. In some ways, a non-functioning central government doesn't have as dire an effect on daily life as it might in other states, but even in Lebanon, the paralysis has taken its toll.”