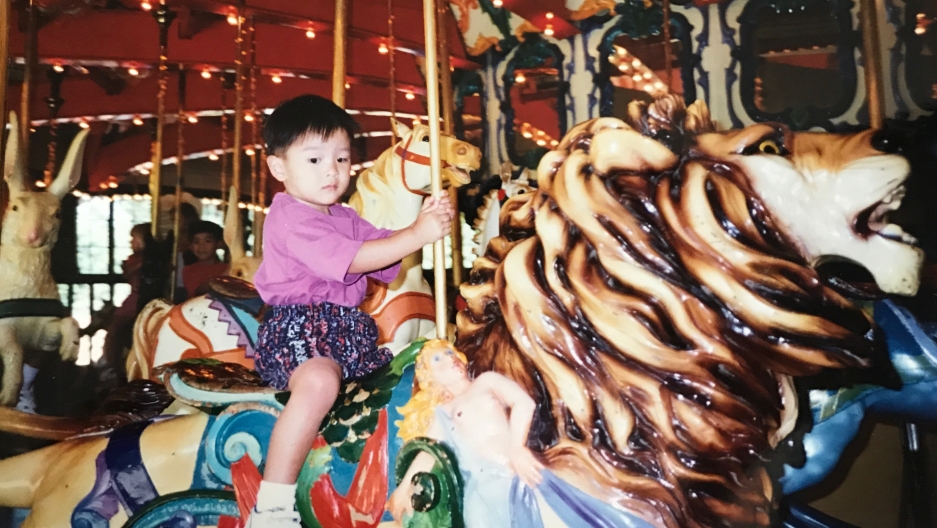 Ju-Hyun Park grew up in Northern California. In his early childhood, he remembers, people asked, “Where are you from?” That question later shifted to “North or South Korea?”

I cannot recall a year of my life when talk of invading North Korea has not been part of the news cycle.

Even before President George W. Bush’s Axis of Evil speech, in which he declared Iran, Iraq and North Korea enemies, the specter of the unresolved war in Korea had always haunted my life.

The division of Korea and its consequences were more than a historical backdrop; they were a prologue. They were the reason I sometimes found my elders alone in tears, the story told by marks and bends in their flesh and bone, the answer to the open question of their thousand fears and idiosyncrasies. The war seeped through the cracks in my family’s silences. It spoke through our bodies and filled the spaces between us. It sat at my table and rang through my dreams — it was in my very blood.

I became accustomed at an early age to the perennial question of, “Where are you from?” which was so often posed before or just after asking for my name that I came to see them as the same question. Even in Silicon Valley in the late 1990s and early 2000s, this was a regular occurrence. This was an introduction to the racial logics of America; my presence had to be properly accounted for to uphold a relationship of dominance. Some people’s existence had to be explained, whereas others were empowered to inquire.

The inquiry never ended with the first question. There was always a series of follow-ups. In my early childhood, it was usually some variation of, “Where’s Korea?” Somewhere between the first North Korean ballistic missile test in 1998 and the aforementioned Axis of Evil speech in 2002, the question changed into, “North or South?” This wasn’t because people became informed about Korea, but rather because they remembered to associate Korea with danger, perhaps best exemplified by another common question: “Which is the bad one again?”

None of this had anything to do with the actual details of my heritage. As with the original question — “Where are you from?” — this was an assessment of my presence. Like many Korean people, I have ancestors from places north of the DMZ, but such history was unimportant. It didn’t matter that the question of “North or South” didn’t make any sense because Koreans are a single ethnic group, or that Korea was divided without the consent of its people. The question was not a request for information, but a demand that I assuage the fears and suspicions of the asker.

The irony of this, that countless more Korean people have died (and continue to die) as a consequence of American fear and aggression than vice versa, was immaterial. The millions of lives lost to war hostilities (according to Air Force General Curtis LeMay, head of Strategic Air Command during the Korean War, about 20 percent of people in North Korea were killed by the US bombing campaign), the 70-year US military occupation, three US-backed South Korean dictatorships, and international sanctions on North Korea targeting commodities necessary to survival like coal and oil — these issues were swept away by a narrative that prioritized racialized fearmongering. My history had to be erased in order to present North Korea as an inexplicable threat that could not be reasoned with or understood. And so, the onus was always placed on me to prove to my colonizers that I was safe.

So even though it is true, in a sense, that I am “from North Korea” just as much as I am “from South Korea,” I quickly learned to only ever affirm the latter. Not because it was explicitly taught to me, but because the dangers of identifying with North Korea were made apparent to me everywhere.

This didn’t dawn on me in one moment of grand revelation, but rather, through a series of nearly identical, mundane experiences that run together in a mess of sound and light. What I can attest to is that the first time I heard a classmate say that North Korea should be nuked was in the third grade. I have since lost count of how many classmates, teachers, neighbors, coworkers, strangers, acquaintances, politicians, journalists, pundits and celebrities have expressed similarly genocidal sentiments.

It’s easy to take a reactionary position, especially when you are a child, to the realization that people do not consider you to be part of the country you were born in because of your race. For a long time, I did everything possible to try and prove these people wrong, to try and reach that mythical threshold of Americanness past with which my belonging would become unassailable.

I abandoned Korean, the language of my birth, and tried to distance myself as much as possible from my culture. I buried myself in literature, striving every day to refine my English as a defense against expectations that I could not speak it. I rejected, criticized and judged family members for failing to assimilate as well as me. I hid the name my departed grandfather had given me, Ju-Hyun, and lived as “Matt” for 13 years. I excused and rationalized the myriad displays of racism from the white people around me. I was determined to do everything possible to erase the Korean in me. Protecting myself required discarding more and more of myself until my self-protection became a form of self-harm.

It wasn’t until I began to question that belonging that I started to free myself from the demands of my assimilationist aspirations. What would it really mean to “belong” in a country that has always defined belonging as the legally and socially constructed category of whiteness? What does it mean to “belong” in a society built on stolen land through the forced labor of stolen people? What does it mean to “belong” to a place that divided, invaded and occupied my homeland at the expense of millions of people’s lives, and the displacement and traumatization of my own family? What had I offered up my language, my culture, my family ties, my name and my very flesh for, other than to emulate the settler and the enslaver, the colonizer and the conqueror? What cost was I willing to pay to become something so monstrous?

At long last, I have realized I have no desire to be an American. Perhaps this is a heretical thing to say, but considering that I could never really be an American in the first place, I find that hard to believe. This does not mean that I wish for the utter devastation of this land and everyone living in it, but rather, that I refuse to glorify or overlook the devastation this country exacts on lands and peoples within and beyond its borders. It means I refuse to devote myself to the impossible and selfish work of bending the meaning of America to include me when I could be working toward new paradigms instead.

Ju-Hyun Park is a writer in Northern California. A version of this essay first appeared on his website.