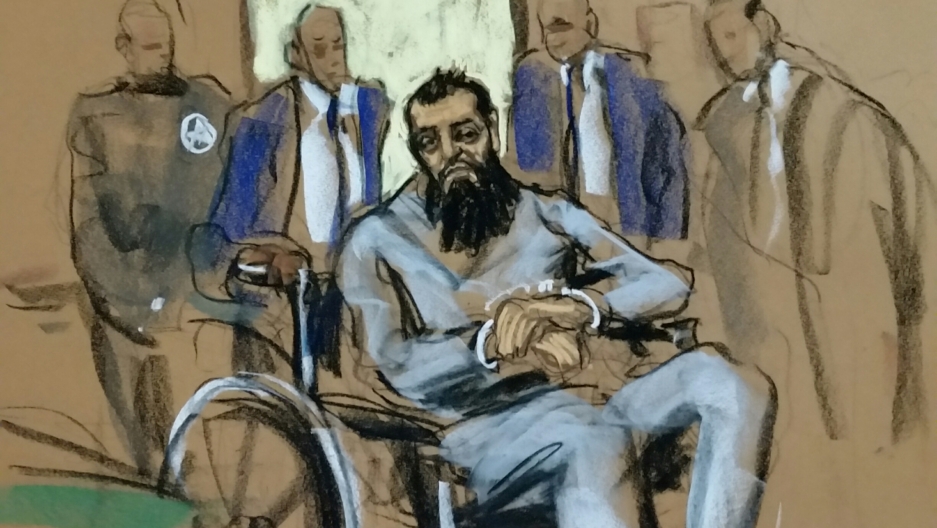 Sayfullo Saipov, the suspect in the New York City truck attack, is seen in this courtroom sketch appearing in Manhattan federal courtroom in a wheelchair in New York, Nov. 1, 2017.
Credit:

In the days since Tuesday’s terror attack in New York, the alleged attacker’s country of origin has received a lot of media attention.

Sayfullo Saipov, an Uzbek national, is suspected of killing eight people and seriously injuring 12 others when he barreled down a busy Manhattan bike path in a pickup truck on Tuesday.

Several terror attacks in recent years have been carried out by individuals with ties to the country and broader Central Asia region, leading to media narratives that experts who study and know the region say are troubling.

What an unfortunate headline by @TheAtlantic of all pubs https://t.co/Lvkbx9x06n

“I think framing it as an export of terrorists or terrorism is misleading,” said Edward Lemon, a postdoctoral fellow at the Harriman Institute at Columbia University.

Lemon says that “although the narrative is that it's a hotbed of extremism and terrorism, we see very few terrorist attacks within the region,” and most radicalization and recruitment happens outside the country and Central Asia region.

How did Uzbekistan come to be described as a hotbed of radical Islamism? Listen to the interview above.