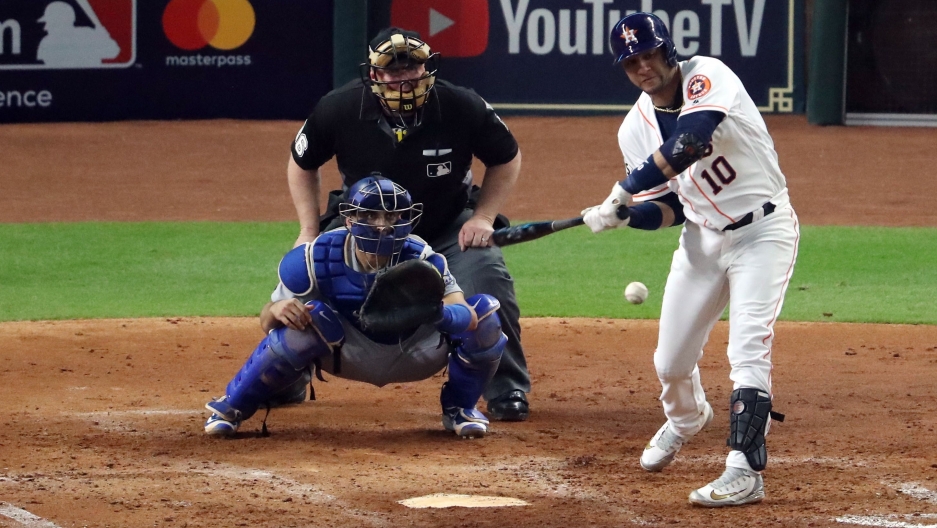 It should have been a triumphant moment for the Houston Astros.

First baseman Yuli Gurriel, continuing a great season, had just hit a home run against the Los Angeles Dodgers during game three of the World Series.

After he rounded the bases and triumphantly returned to the dugout, cameras captured Gurriel lifting the corner of his eyes with his fingers — a “slanted eyes” gesture mocking Asians — and said “chinito,” a term that roughly translates to “little Chinese boy.”

Gurriel was mocking Yu Darvish, the half-Iranian, half-Japanese Dodgers pitcher he had just hit a home run against.

We're talking about race and baseball in the Global Nation Exchange on Facebook. Join in!

Some say that race is viewed differently in Latin America, and that Gurriel, who has lived in the US for about a year after defecting from Cuba in 2016, shouldn’t be blamed for not understanding how his actions might be perceived in the US.

Others say Gurriel’s actions crossed the line into racism.

Problem: "but believe me when I tell you racial terms aren’t said with the same level of maliciousness in Spanish as they are in English."

Gurriel has apologized, and MLB has ruled that Gurriel will be allowed to play in the rest of the World Series games, but will be suspended for five games next season.

“I think MLB was weak on this one,” says Julio Ricardo Varela. He’s the co-host of the podcast, In The Thick, and the founder of the site, Latino Rebels.

Varela, who was born and raised in Puerto Rico, says racism in sports in Latin America is “kind of an ugly secret. It's almost like this dark stain that has never been discussed.”

Varela says he, and many other Latino baseball fans, don’t put much stock in the argument that Gurriel’s actions were a result of cultural ignorance.

“Second-generation Latinos that are living [in] the United States are kind of embarrassed about how we, as Latin Americans, treat each other or label each other,” he says.

The incident at the Astros/Dodgers game has kick-started conversations and allowed younger Latinos to take the lead in their communities, Varela says, “in saying that this type of behavior, no matter where you come from, is wrong.”