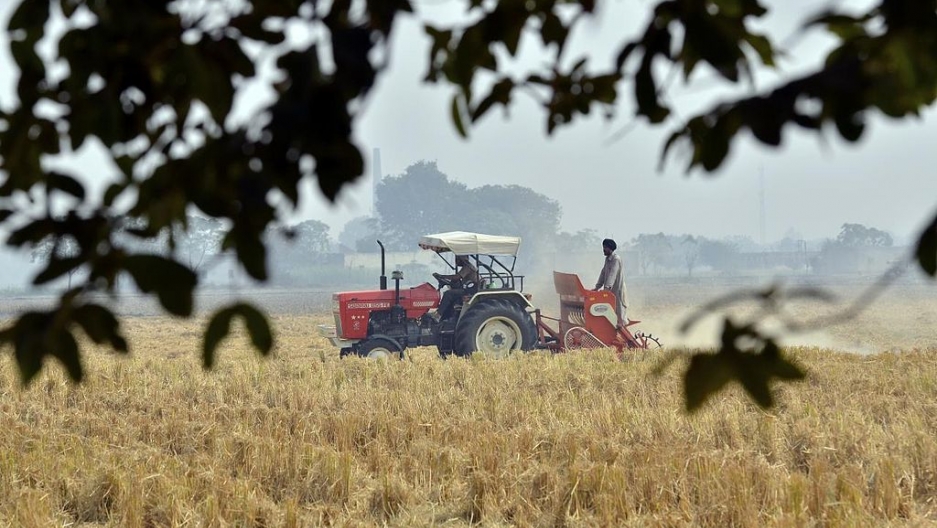 New research suggests that declining levels of iron, zinc and protein resulting from high levels of carbon dioxide in the atmosphere are putting human health at risk, especially in the developing world.

In a paper published in Nature several years ago, Harvard scientist Dr. Sam Myers and other researchers showed that staple food crops lose between five and ten percent of iron, zinc and protein when grown at 550 parts per million of carbon. This led them to wonder how many people would be at risk of nutrient deficiencies if they maintained their current intake of these crops.

They found that 150 to 200 hundred million more people would likely be pushed into nutrient deficiencies, on top of the millions of people who already suffer from this condition.

Across the world today, Myers says, around two billion people suffer from micronutrient deficiencies. “In the studies that we've done, we've looked at how many people would become newly deficient, but, of course, there are also hundreds of millions or billions of people who would have their deficiencies further exacerbated,” he points out.

Nutrient deficiencies can have a number of negative health effects, Myers says. For example, zinc is an important component of the human immune system and crucial to helping children fight off common diseases. Myers found that children under five who have adequate zinc levels die in much lower numbers from common infections like malaria, pneumonia and diarrheal disease than children who suffer from zinc deficiency.

Iron deficiency has a broader array of negative health effects. “Pregnant women die in higher numbers giving birth; there is higher neonatal mortality, meaning death of infants at birth or soon after; and [we see] reductions in IQ, intelligence [and] work capacity,” Myers says.

Myers’ research is a two-step process. The first step, he says, is straightforward: They grow staple food crops in open fields at elevated concentrations of carbon dioxide.

“Imagine an open field and in the middle of the field is a ring of carbon dioxide-emitting jets,” he explains. “You grow a specific cultivar of a specific crop, like wheat or rice. Outside the ring, you grow the identical cultivar in the same soil, in the same conditions, but at regular CO2 levels. Then you compare the nutrient content of the crops inside the ring, where the CO2 is high, versus outside the ring.”

In the second step, they estimate how much of these different foods people actually eat. To do this, they built the Global Expanded Nutrient Supply Database, which shows them the per capita consumption of 225 different foods in 152 different countries, with each food’s nutrient density. They use this data to model the total intake of nutrients for these populations both under today's CO2 conditions and under the CO2 conditions scientists anticipate by the middle of the century. Then they examine the difference.

Nutrient deficiencies are going to be most severe in South Asia and in Africa, Myers says, and India appears to be particularly vulnerable.

“We estimate about 50 million people in India alone would become protein deficient, [in addition to] the large numbers of people who are already protein deficient,” he explains. “It's really a question of what their underlying diets are. People who have very little animal source food in their diet and are relying on crops like wheat and rice for large amounts of their iron, zinc, and protein intake are the most vulnerable populations.”

Myers proposes several possible solutions. The first, and most obvious, is to stop emitting so much carbon dioxide. “In public health, we talk about primary prevention. That would be primary prevention,” he says.

Secondary prevention would include things like bio-fortification of crops. That is, developing crop types that are enriched with nutrients like iron, zinc and protein, or breeding crops that are less sensitive to the CO2 effect.

In addition, he says, many vulnerable nations should think about ways to increase dietary diversity, so their populations consume a wider variety of foods that give them a stronger nutritional base.

“The first thing is to get countries to recognize that this is a threat developing [now] and that they need to think about what's most appropriate for their particular populations,” Myers says.