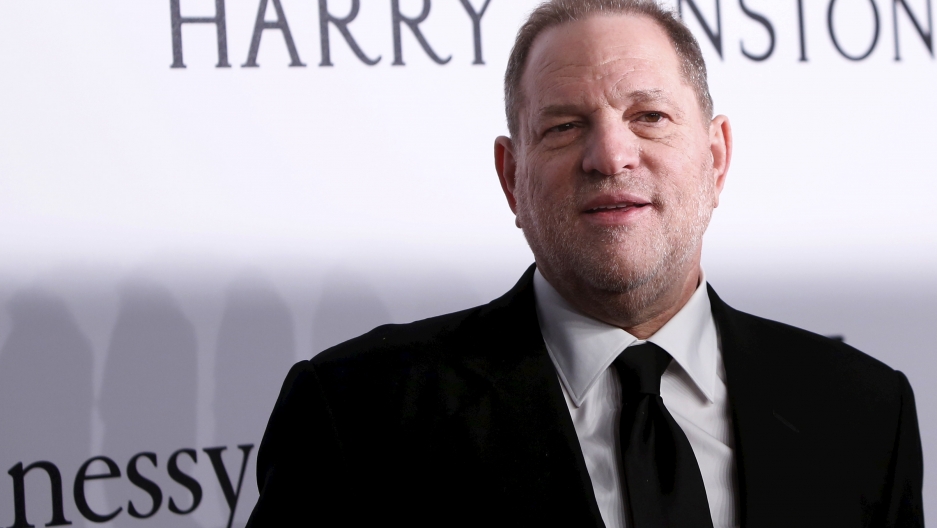 People all over the world have responded to the Harvey Weinstein scandal with a mix of shock and dismay.

Not so in Russia.

Foreign Policy's Moscow correspondent, Amie Ferris-Rotman, writes that people there have responded with a "mixture of incredulity and bemusement."

For instance, on Sunday, Alexei Venediktov, the head of the independent radio station, Ekho Moskvy, posted a picture on Instagram of himself sandwiched between two young women with a caption translating to mean, "let Harvey be envious." 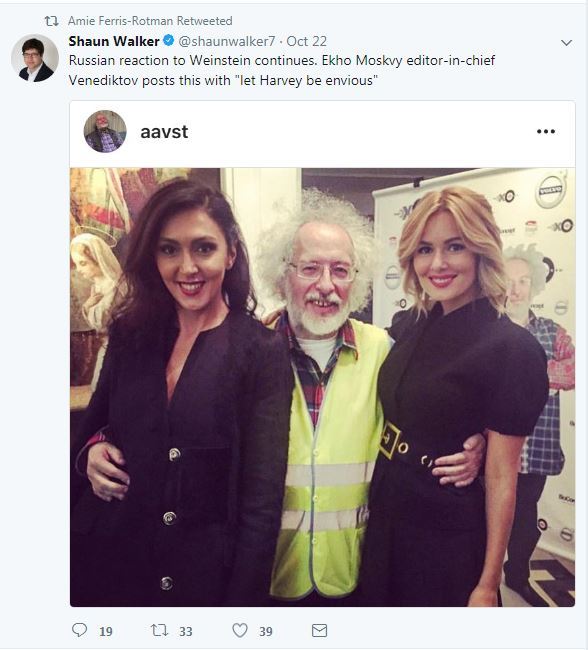 In another example, the famous Russian actress Agniya Kuznetsova, who starred in a film as a rape victim, told the online newspaper, Meduza, "They [the actresses] have only themselves to blame; they shouldn’t be acting like prostitutes. I feel sorry for this poor man [Harvey Weinstein]. Women were created for schemes like this. Give them the chance, and they’ll weave some plot or turn on you."

Responses like these, says Ferris-Rotman, are typical in Russia.

"There's been a resounding feeling of solidarity with Harvey Weinstein, of exoneration of Harvey Weinstein and of blame of the victims," she tells The World's Marco Werman. Ferris-Rotman says Russians find behavior like Weinstein's "so obvious, it's almost beneath them to talk about it."

To hear more from Amie Ferris-Rotman on how Russians are responding to the Harvey Weinstein scandal, listen above.