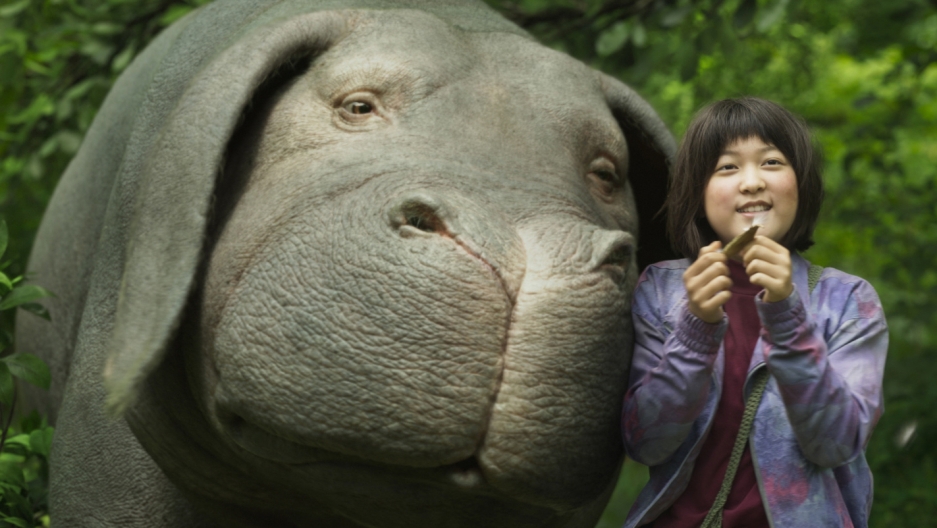 A scene from the movie "Okja," featuring the title creature — a humongous pet pig.

South Korea looks very different than it did decades ago, especially when it comes to attitudes toward animals.

Once one of the poorest nations in the world, keeping dogs and cats in the home was considered fairly unusual. Yet 2015 government data suggest 10 million South Koreans live with pets — an obvious trend given the many pet stores, dog groomers, cat hair stylists and veterinary offices that line the capital Seoul’s streets today.

“This change happened very rapidly,” said Katharine Moon, a political science professor at Wellesley College and researcher with the Brookings Institution. “And if you watch South Koreans and the way they treat their dogs, it’s literally like watching people treat a baby.”

Although Moon said that South Koreans still tend to think of pets as “living stuffed animals,” messages advocating for animal welfare appear to be increasingly mainstream. President Moon Jae-in made waves when he adopted a pet originally found on a dog meat farm, for example. And “Okja,” a recent Netflix film that’s the brainchild of “Snowpiercer” director Bong Joon-ho, is arguably the most intense message out of South Korea yet.

The film only made about $2.1 million in South Korean movie theaters, according to Box Office Mojo, partly because some theaters boycotted it for its simultaneous release on Netflix and in cinemas. Nevertheless, its debut is a sign that animal rights could be gaining momentum.

But that doesn’t necessarily mean South Koreans will suddenly become vegans or start seeing animals as absolute equals to humans.

“I believe that ‘Okja’ will affect the way Korean people think about eating meat,” Heekyung Jo, president of the Korean Animal Welfare Association, said in an email interview. “The movie gives us a chance to realize how important animal welfare is, [though] it could be a temporary effect.” 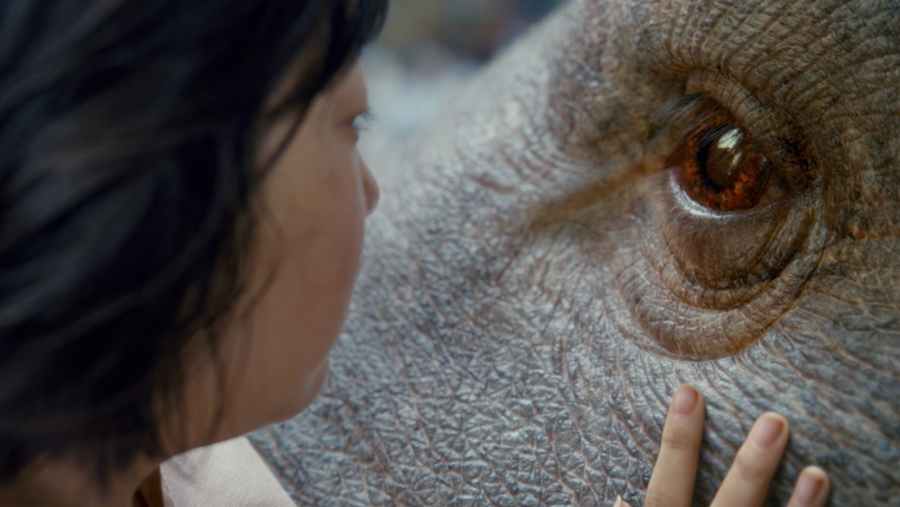 The movie's protagonist Mija forms a deep bond with her giant pet Okja.

‘Okja’ and its message on meat

“Okja” is essentially about a girl who is trying to prevent factory farmers from turning her giant pet pig into jerky. Mija, the film’s protagonist, lives in rural South Korea with her grandfather and Okja, a “super pig” genetically engineered by the Mirando Corporation. After Mija raises Okja for nearly 10 years, Mirando seizes the super pig for testing and to debut their new line of meat products in the US. But Mija, aware that Okja is almost as intelligent and emotionally developed as a human, risks her life to save Okja in Seoul (and later New York).

The themes are clear: Intelligent animals are far too often tortured, killed and turned to pork chops — plus they’re spiritual beings, much like humans.

Bong Joon-ho, no doubt, comes from a country known for its infatuation with barbecue. But the fixation on meat is actually a recent cultural change. Traditional Korean diets focused primarily on vegetables for thousands of years, Moon said, but Korea’s income growth in the 1960s and 1970s “meant that a lot of people could partake in meat, not just the very rich.”

But the 1980s proved that meat was truly a part of new-age Korean culture. Around that time, cuts of barbecue became more expensive, and yet South Korea’s burgeoning middle class hardly dithered. In an era of “conspicuous consumption,” meat basically became a status symbol, sort of like the much-later Starbucks cup. That’s why a pro-vegetarian interpretation of “Okja” may still fall on deaf ears.

“[A lot of] South Koreans were increasingly imitating consumption patterns valued by the West, which includes beef and other forms of meat,” Moon said. “And because of this love of meat, which has a lot to do with social status in South Korea, people look at vegetarianism and veganism as pretty radical.”

Pets are certainly popular in South Korea, and owners are increasingly opting for shelter adoptions rather than pure breeds from puppy mills. But at the same time, pets are abandoned in massive numbers — an estimated 81,000 were deserted in 2014 alone, according to the South Korean government, and 45.7 percent of them died in shelter or were euthanized.

South Korea technically prohibits abuse and neglect of all animals, according to its 1991 Animal Protection Act, and it banned dog meat in 1984. Recent amendments raised maximum sentences to two years in prison and up to a 20 million won fine (about $17,600), but experts say the law is often just a formality.

“Dogs, cats but also cattle, beef, pigs — all of them, in theory, have this very thinly veiled protection. ... But that’s just on paper. The reality is very different, and it’s hardly enforced,” said Jasper Kim, a professor at the Graduate School of International Studies at Ewha Womans University in Seoul. “Animals are a class below humans to the judiciary.”

Judges reviewing cases of animal abuse aren’t constrained to precedent or previous case law like in the United States, Kim explained, which means that enforcement is really up to the individual.

“Statistically speaking, judges are going to be older and male,” he said, “so they don’t really capture the animal awareness level that the younger generation might [have].”

Much of the world is guilty of animal abandonment and the grotesque factory farming practices depicted in “Okja.” However, if the situation is going to change in South Korea, activists may have to take a page from the movie’s script and garner pressure from outside forces. In the film, members of the The Animal Liberation Front embed a camera under Okja’s ear to expose Mirando’s animal abuse. Though it’s unclear whether or not the recordings really shamed Mirando out of existence, a pressure-based strategy could work on an image-focused culture like South Korea’s.

“If there were a crisis, or if there were an incident involving animals that became publicized, people would act,” Moon said. “But it often has much to do with improving the image of the nation more than the welfare of animals.”

Then again, South Korea has been a society of rapid changes.

“In that light, we’ve seen everything from gender equality to sexual orientation equality get out there, which is quite phenomenal for a socially conservative society,” Moon said, “so I never doubt South Korea’s ability to explore new issues.”