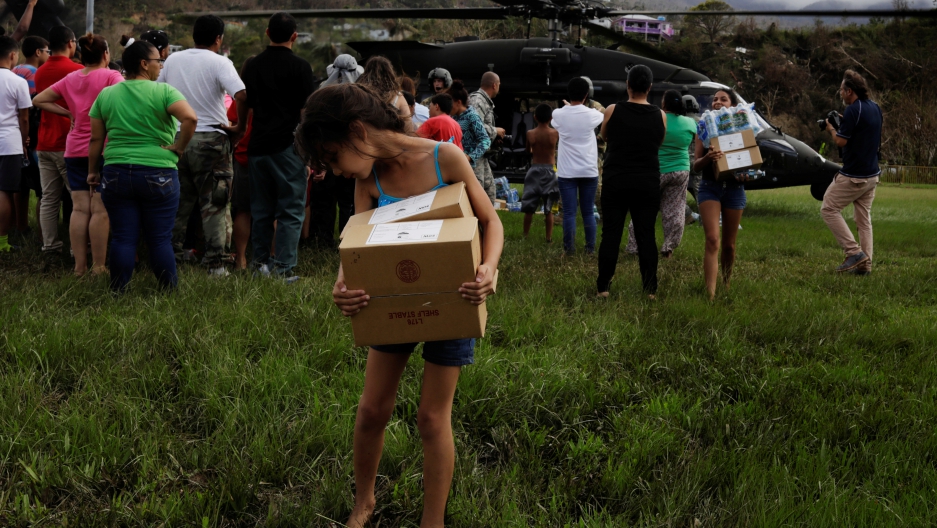 A young girl looks back after getting her shoe stuck in the mud while carrying supplies delivered by soldiers working with a 101st Airborne Division "Dustoff" unit during recovery efforts following Hurricane Maria.

Three weeks after Hurricane Maria devastated Puerto Rico, we’ve seen images of the destruction and heard stories about the lack of electricity and basic supplies like food and water in some areas.

But the main way we measure — and understand — the scope of any disaster is through the death toll.

The official count is now 48 deaths. But the news site Vox thought that number seemed off.

“We knew from reports on the ground, and investigative journalists who've also been looking into this, that this was very likely way too low of a number,” said Eliza Barclay, an editor at Vox.

So they dug into the numbers, cross-checking with news reports, and found that the number of casualties resulting from the hurricane was probably much closer to 450.

Two members of Congress have now announced they will request an audit of the official death toll.

Here are a few highlights from Vox’s report:

Listen to The World’s full interview with Vox’s Eliza Barclay, above.