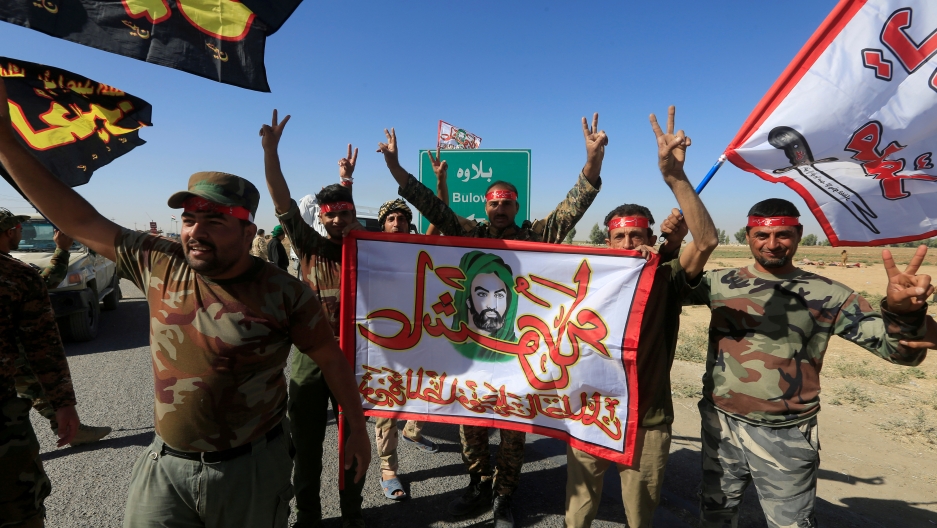 The Iraqi oil city of Kirkuk has been under Kurdish control for several years. On Monday, Iraqi soldiers reclaimed it for Baghdad, and that's a big deal.

"It is a different Iraq today than it was two days ago," says journalist Ben Van Heuvelen.

"It's a paradigm shift in Iraq akin to what happened in 2014 when ISIS came in," he says. "The territorial boundaries between the Kurdistan region and the federal government have been redrawn, and the control of northern Iraqi oil resources has shifted."

In 2014, Kurdish peshmerga soldiers defended Kirkuk from ISIS, even as the Iraqi army retreated. In the three years since, the Kurds have been pumping oil from Kirkuk's fields.

Suddenly without Kirkuk, the Kurdish Regional Government controls just half the oil it controlled a week ago.

"That's devastating for the Kurdistan region's economy," says Van Heuvelen, who is editor-in-chief of Iraq Oil Report, many of whose reporters live in Iraqi Kurdistan. "It undermines its ability to function as an economically independent state."

Related: US allies turn their US guns on each other in Iraq

But, says Van Heuvelen, Kurdish unease about Iraqi control of Kirkuk is about more than oil.

"Kirkuk is incredibly significant in the Kurdish national narrative," he says. "This is a place where Saddam Hussein used terrible violence, ethnic cleansing connected to genocide against the Kurds to change the demographics of that city in that oil rich area and get them out."

Tens, if not hundreds of thousands of ethnic Kurds were killed during Saddam's regime. "Any attempt by Baghdad to push Kurds out of these disputed territories recalls those historical atrocities," he says. "In that sense, it has nothing to do with oil."

Kirkuk today is a multiethnic city, like many towns along the border between the semi-autonomous Kurdish region and the rest of Iraq. Kirkuk's Kurds, Iraqi Arabs and ethnic Turkmen all would like a stake in the city's future.

Some groups have taken steps to insure that they'll have a say.

The Kurdistan Workers' Party, or PKK, a Kurdish guerrilla group that is designated as a terrorist organization by the United States and many allies, has set up cells within Kirkuk, according to Van Heuvelen. That could mean trouble after the military operation is long over.

"If there is no political accommodation that gives Kurds some control over security in the city and some political representation," says Van Heuvelen, "it would not be at all unreasonable to expect violence to erupt."