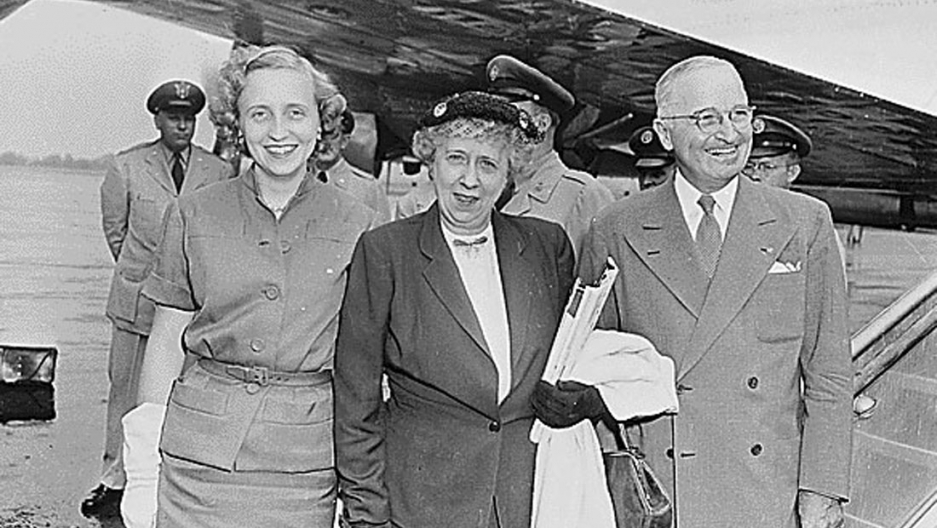 Former US President Harry S. Truman, right, his wife Bess Truman, center, and his daughter Margaret Truman are seen in a 1951 photo from the US National Archives.

A few weeks ago, while mowing the lawn, Clifton Daniel began to recite a monologue in character as Harry S. Truman.

“Which is weird,” he admitted recently, in between bites of a Whole Foods wrap. Truman hated mowing the lawn. “My neighbors probably think I’ve lost my mind.”

Daniel, who lives in a suburb north of Chicago, is the eldest grandson of the 33rd president. (His middle name is Truman.) For the past several months, he has spent each morning practicing lines from a dog-eared photocopy of “Give ‘Em Hell, Harry!,” the 1975 play by Samuel Gallu. On Oct. 12, wearing clear plastic glasses and a Panama hat, Daniel took the stage in Wilmington, North Carolina, as President Truman. 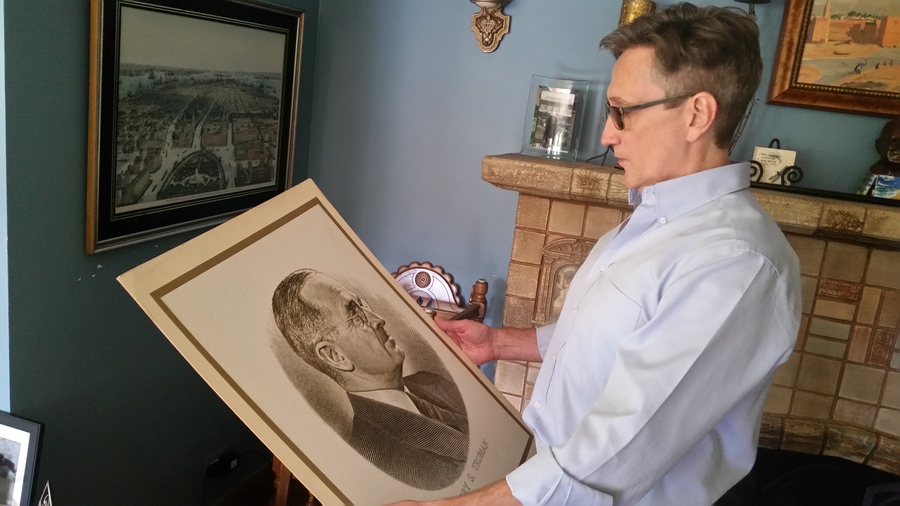 Clifton Daniel used to dislike living in his grandfather’s shadow. In October, he will get on stage to play President Harry S. Truman.

He first thought about playing Truman after a friend told him that he was starting to look like his grandfather. Daniel, who is 60, has a history at Thalian Hall: In the 1980s, he joined its community-theatre company and performed such roles as Mozart, in “Amadeus,” and “the guy in the back, holding a mop,” in a play whose title he couldn’t recall.

Fatherhood weaned him off acting, but a few years ago Daniel told the executive director of his old theatre that he wanted to try “Give ‘Em Hell, Harry!”

“The next thing I know, he’s started arranging it,” Daniel said. Soon a producer was talking about taking the show on the road. Daniel brought a photograph of Truman to a local barbershop and left with his hair swept neatly to the side, beneath a thick coating of wax and hairspray. “I had a helmet,” he said. “It wouldn’t budge.”

Read the rest of Daniel A. Gross' piece in The New Yorker.