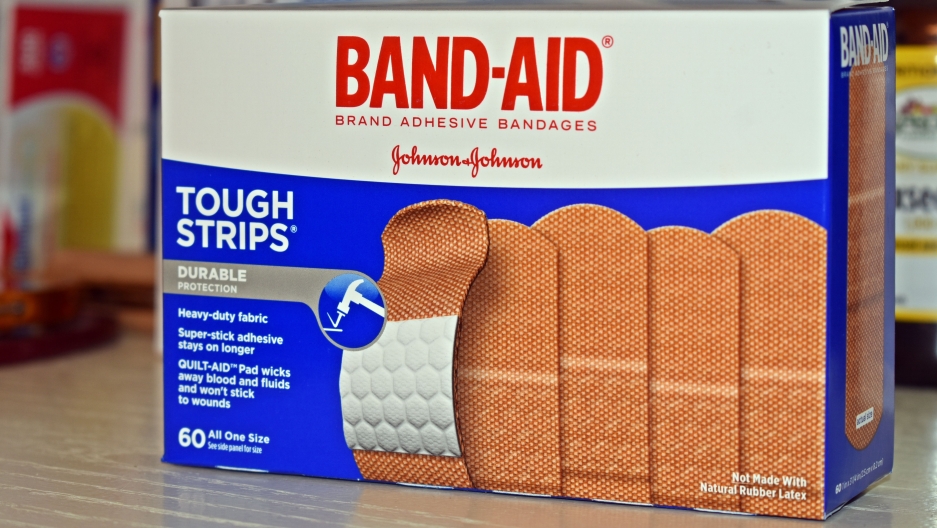 A box of Band-Aids is pictured.

In January 2015, Malcolm Bird took his 1-year-old daughter, Collette, to an emergency room after she started bleeding heavily from a cut on her finger. The doctor cleaned up the cut, put a Band-Aid on it, and sent them home.

A few weeks later, the family received a bill in the mail for $629. The breakdown of the bill was $7 for the Band-Aid, and $622 for what's known as an "emergency room facility fee” — the price a hospital charges for seeking services from an emergency room, no matter what problem a patient is having.

Sarah Kliff, a senior policy correspondent at Vox, got word of Bird’s story and started looking into how emergency room fees seemingly come out of thin air. She tells the story in the first episode of Vox’s new podcast, The Impact, which dropped today.

“As a health care reporter, I see a lot of [medical] bills, but this one struck me as pretty incredible,” says Kliff. “The more I looked into it, the more I realized that there’s a really interesting health care story here — about how these prices are completely unregulated, and how this makes us really different from other countries. That’s how you end up with these really crazy-sounding health care bills.”

As Kliff began reviewing bills from across the country, she found that emergency room facility fees vary wildly. She’s seen some as low as $300, while others have topped $3,000. And these fees are often kept secret from patients.

“You’re not going to see them posted on the emergency room door,” she says. “You’re just going to find out like Malcolm did, when you’re expected to pay it.”

According to Kliff, hospital executives argue that this is the cost of keeping a hospital up and running 24 hours a day, but not all agree with that sentiment.

“A lot of health economists are pretty skeptical of that argument because you see such widespread variation,” she says. “You think emergency rooms, there is a little bit of variety, but the price of running one should be roughly in some kind of ballpark, but these fees are just all over the place, and they’re kept secret.”

On the whole, Kliff says hospitals just have more clout than insurance companies or patients.

“At the end of the day, the hospital is the one who owns the emergency room,” she says. “It’s really a policy story about how we’ve built our health insurance world. One thing that is going on, in most other countries, basically in every other developed country, they have price regulation in health care — they’ve decided that health care is something like a utility, like electricity or water, and therefore the government should regulate it as such because it’s something everyone needs to stay alive.”

The United States has decided to go a different way.

“[In America], hospitals can essentially choose whatever prices they would like to set, and you’re often dealing with areas where you have one dominant hospital system that can really pick its own price,” Kliff says. “It doesn’t operate like other markets.”

While the vast majority of Americans have some form of health insurance, there’s been a large rise in high-deductible plans.

“Malcolm, for example, that entire $629 bill, that was in his deductible, so he was 100 percent responsible,” says Kliff.

Data on emergency room facility fees are typically kept private because “insurance companies don’t want their competitors to know what rate they negotiated, and hospitals see no need to make this public,” Kliff says.

In order to collect this information, Kliff is encouraging everyday people to send Vox their hospital bills. Click here to learn more.

This story originally ran on The Takeaway.