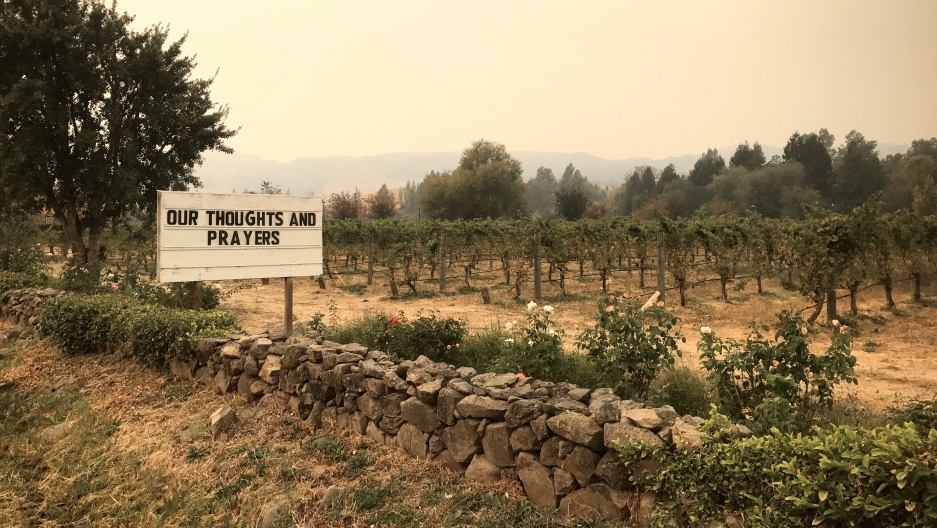 A sign outside the Cline Cellars vineyards as smoke from various wildfires fills in the distance in Sonoma, California, October 11, 2017

Evacuations in Napa and Sonoma counties have put some 25,000 people out of their homes. Many of these residents only speak Spanish, but most emergency information is delivered in English.

At the beginning of the week, as fires were starting to spread, Spanish speakers had one place to turn for emergency information — KBBF, a bilingual community radio station serving the region. On the morning of Oct. 9, Hugo Mata went on-air for his weekly, one-hour show about the environment, Nuestra Tierra. Hugo Mata is an environmental educator, but on that day, he was the go-to source for wildfire information.

"I had my show ready, but when I got [to the radio station], I started getting a lot of phone calls," Mata says. "They wanted to know the status of the fires. So everything that I had ready for the show was completely changed, and we opened the mics.” 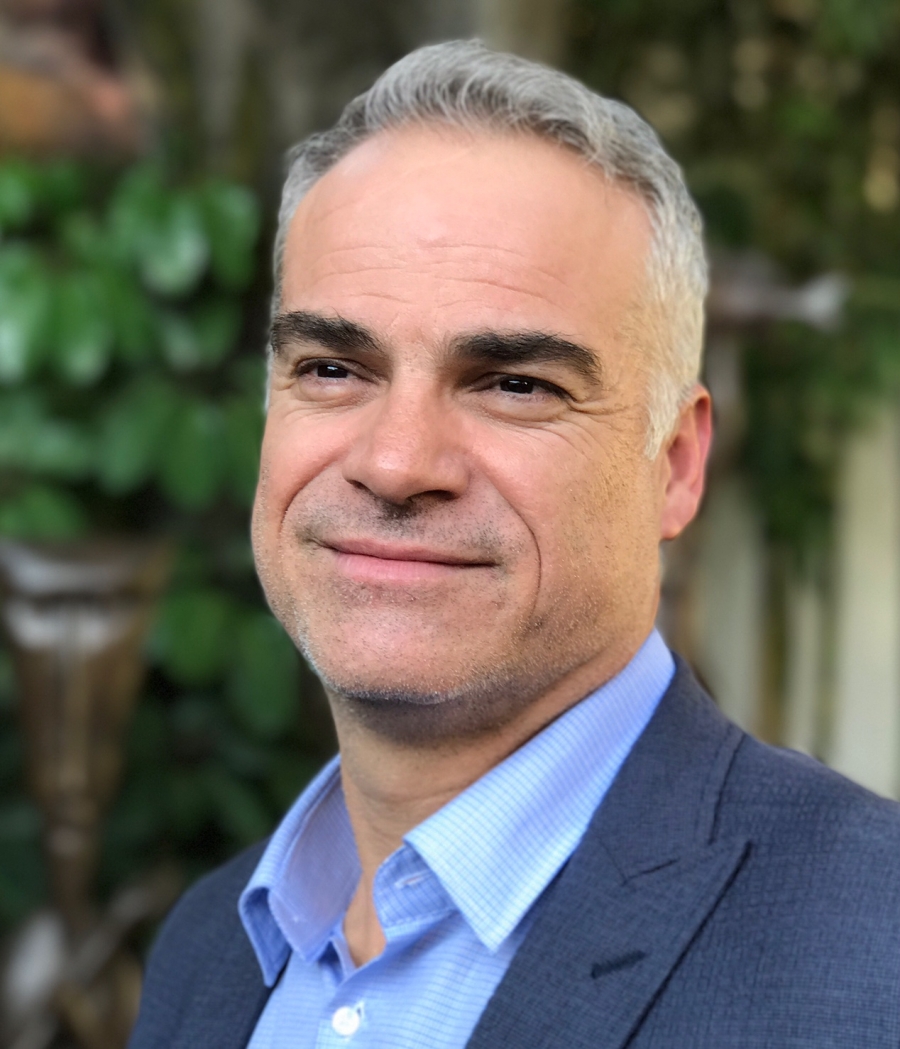 Hugo Mata is a radio show host for KBBF. When fires broke out in Northern California on Oct. 9, Mata provided a live Spanish broadcast to listeners. His show helped Latino residents learn about developing emergency information on evacuations, road closures, shelters and more.

Mata's radio show was a beacon for Spanish speakers in the fire zone.

"There's a local radio station that was basically 24/7 fire information in English, but there was nobody else providing information in Spanish. So KBBF basically just started doing that on Monday morning," Mata says.

Staff hit the phones and called authorities to determine the location and direction of the fires, available shelters and other vital information for its Spanish-speaking listeners.

The KBBF audience had an urgent need for information.

"Many of those fires were so unexpected," Mata says. "Some callers said that they only had like two or three minutes to react because there was no time for them to gather anything. So it was almost immediate. A lot of people lost their houses and they didn't take anything with them."

Mata and his KBBF colleagues have been updating information frequently for the thousands of Napa and Sonoma residents displaced by the fires. He says that the community has pulled together in the crisis.

"We are hearing from all of the different centers, about the support that they're getting from the community and the volunteer teams that they have," he says. "They are in need of different supplies, and there are many shelters throughout Sonoma County and also Napa County where people can still go if they have to be evacuated. Each one of [the area's] cities has at least seven or eight shelters that are open and they're still receiving more people."

But despite the need, some people have been reluctant to seek help. Mata says that's because of persistent rumors.

"They're afraid that their information is going to be shared with ICE [Immigration and Customs Enforcement] or with other federal agencies, which is not true," he says.

Mata is emphatic on this point: "It's safe. They're safe shelters when people go in there."

"All they ask for is names," Mata says. "And the areas they were evacuated from."

Listen to emergency information on the California wildfires, in Spanish.

With some 450 people still reported missing, friends and family far from the fire zone are eager to learn what has become of their loved ones.

"Registering when they go to these different shelters helps, because they need to know who's there," says Mata.

The Sonoma County Sheriff's Department has launched a bilingual texting service, which provides subscribers updates about fires. Reports are based on the user's zip code.

People outside the region can hear the latest news, as it's heard in the Sonoma and Napa valleys, by clicking on KBBF's live stream.