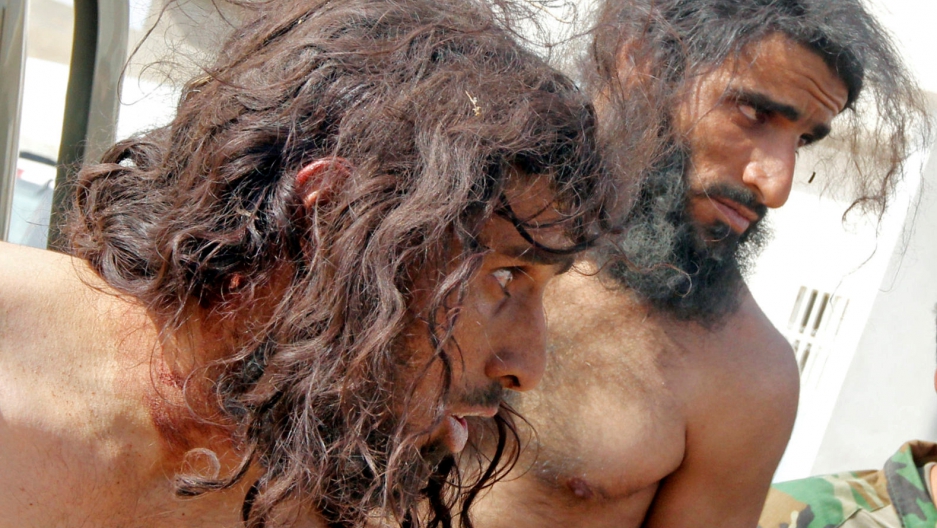 Captives suspected of being ISIS militants are detained southwest of Kirkuk, Iraq, Oct. 9, 2017.

In the end, it was their superiors who told the ISIS fighters in Iraq to put down their arms and give up.

Nearly 1,000 suspected ISIS soldiers and collaborators surrendered to Kurdish militia after losing control of their stronghold in the Iraqi city of Hawija last week.

"Their own leaders told them to go turn themselves in," says New York Times correspondent Rod Nordland who watched Kurdish intelligence officials interrogate the captives. "It must have been a big blow to their pride and their morale to be told the gig is up ... One particular guy was quite bitter that the governor of Hawija told him and his buddies to turn themselves in. He thought [the governor] had probably cut a deal for himself where he would go free. So they were just kind of fodder to buy his safety."

Kurdish intelligence officials are using photographs and videos to verify which captives worked with ISIS.

Nordland wrote about watching the interrogations for The New York Times. He watched as Kurdish officials provided the captives with food and water.

He says the former ISIS troops "are in a desperate situation now themselves. Their lives are over pretty much. I mean most of them will be jailed for a long period and they may or may not see their families again. But if they do, it will be from behind bars."

Listen above to Nordland's description of one bedraggled ISIS fighter who grabbed his attention.