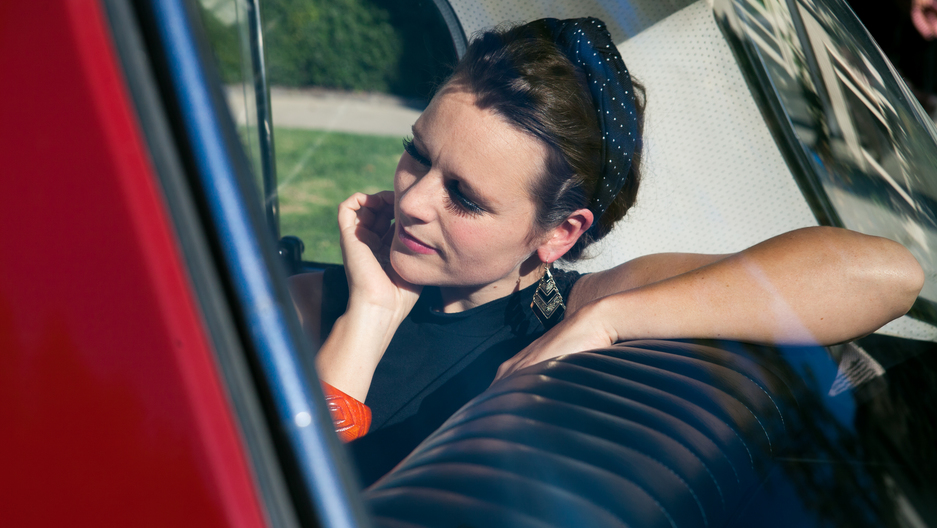 Victoria Meyer was just doing her job at the Jet Propulsion Laboratory in Pasadena, California, when she got a call that would take her job in a completely different direction.

Producer Andy Paley, who's worked with Brian Wilson and Elton John, was looking for a French speaker to help him with lyrics for French yé-yé songs — a genre of pop music.

Not having any luck, Paley contacted a friend who worked at JPL, aware that a lot of French men and women worked there, including Meyer. Meyer, who, as a singer, just goes by Victoria, said she was happy to help.

Victoria and Paley were quickly introduced and wrote the song, "C'est un tombeur."

Although she didn't grow up in the '60s, Victoria was still familiar with French yé-yé. "Everybody knows that it's from another time, but when you go to a party, very often you would hear at least one of these songs and people would sing to it," she says.

In fact, the term "yé-yé" was coined after the riff, "yeah, yeah, yeah," that comes up in a lot of popular British beat music like the 1963 Beatles hit, "She Love You." Soon after the popularity of British beat exploded, French female artists like Sylvie Vartan, Françoise Hardy and France Gall were recording their own style of pop songs. And so, yé-yé was born.

It was never Victoria's intention to actually sing the songs she wrote with Paley. Victoria says she really only ever "sang in the car, in the shower, but that's pretty much it."

But when Paley asked her to sing in the record demos, she said, "Let's try it, and see where it leads us. And if it's not good, then that's OK, 'cuz it's not my job!"