The Exit Glacier, a 2.5-hour drive outside of Anchorage, has posts that mark the glacier’s rapid retreat. This one shows the glacier’s reach just 12 years ago.

Like any coastal city, the impacts of climate change are a concern for Anchorage’s leaders. But in Alaska, the concerns are even direr.

Alaska has warmed more than twice as fast as rest of the country — winters in Anchorage are 6 degrees warmer than they were 70 years ago. And that’s impacting life there in many ways, from commerce to recreation to the city’s ability to take in climate migrants.

Consider commerce. The Port of Anchorage is a lifeline for Alaska.

“Ninety percent of all inbound cargo coming into Alaska comes via marine vessel; about half of that cargo comes through the Port of Anchorage,” says Jim Jager, the port’s spokesperson.

The port has a big problem: Its steel pilings are crumbling, being eaten away by microbes.

“Our challenge is getting the docks replaced before they rust away,” says Jager, who estimates that the port has about 10 years to fix the problem.

The port is spending $700 million on the project, with funding coming from a range of sources. The problem isn’t being caused by climate change, but warming temperatures are making things trickier.

“In a traditional Alaskan winter, all of that sedimentation is kind of frozen in place, and what comes down off the glaciers is minimized,” says the port’s director, Steve Ribuffo.

But the warmer things get, the more silt flows down into the port. And that can mean more time and money devoted to dredging.

Then, there’s the threat from rising sea levels.

“We already have the second highest tides in the world," says Ribuffo. “I don’t know what that’s going to mean in the future. But it’s an engineering consideration that we have to put into every design that we do for anything new here.” 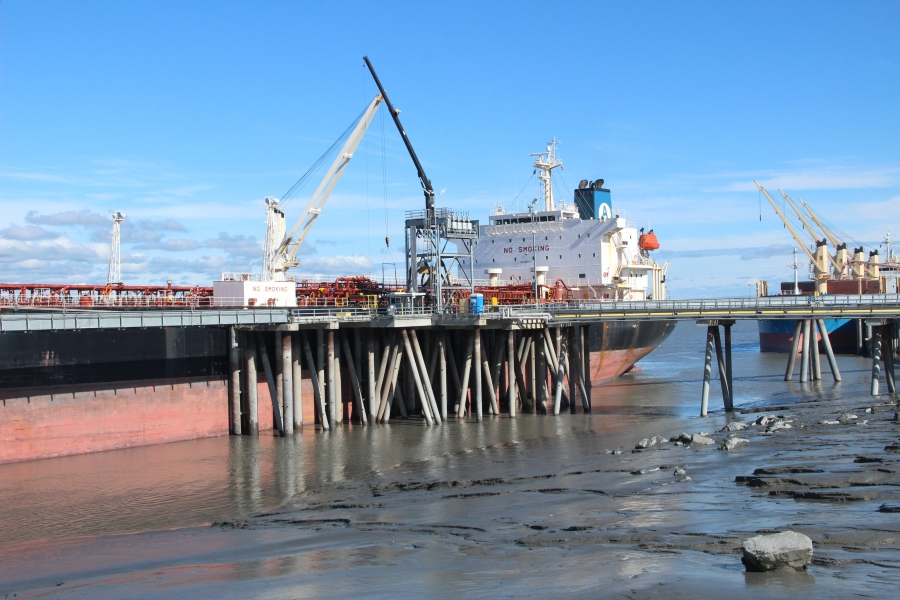 Anchorage has the second highest tides in the world, only behind the Bay of Fundy in Nova Scotia, Canada. Note: The Port of Avonmouth’s tides (Bristol, England) sometimes exceed Anchorage's.

Ribuffo is dealing with a lot of slow-moving uncertainties. What is certain: Alaskan winters feel a whole lot different these days.

“Nowadays, typically the winter is a combination of snow and ice and rain, kind of dismal conditions,” says environmental consultant Brian Hirsch, the president of Deerstone Consulting. Hirsch is also working with the city on a climate resiliency program.

Alaskans love their cross-country skiing, but these days, the season can be sort of a bummer for them. Instead of skiers everywhere, Hirsch says you see lots of folks riding fat-tire bikes around town — "oftentimes, with studded tires because the historically nice, snowy trails are now covered in ice.”

Sure, it's not the end of the world — but it’s a change in the quality of life, which is what draws many people to Alaska.

“In the mid-2000s, we had an infestation of the spruce bark beetle,” says Brian Brettschneider, a climatologist with the University of Alaska, Fairbanks. “That killed a lot of our white and black spruce trees, and they present a serious fire hazard.”

It’s a hazard that threatens parts of Anchorage: large tracts of dead trees, made worse by those shorter, warmer winters.

And then there’s the pressure that’s being put on Alaska’s biggest city by what’s happening in other parts of the state.

“Anchorage is sort of the shock absorber to a lot of that, right? Similar to what you’d see maybe in a city in Africa, for example, where there’s a lot more urbanization,” says Hirsh.

He says a lot of Native Alaskans who are being displaced by changing conditions and migrating to Anchorage don’t necessarily have the tools they need to find work.

“Within Anchorage, you see many people who are from villages with maybe great hunting and fishing skills, but not such developed skills for working in an office setting, for example,” says Hirsch.

“What’s happening here is most definitely going to be happening in other parts of the United States,” says attorney Robin Bronen, who runs the Alaska Institute for Justice. “It is one of the most complex issues that we will be faced [with] as a human species.”

Bronen is working with 16 indigenous communities threatened by flooding and erosion from rising seas and thawing permafrost. She says these small villages, typically 400 to 1,000 people, want to stick together and don’t want to move to Anchorage.

If communities or buildings are damaged by extreme weather events, like a hurricane, federal funding and support arrive from FEMA, the Federal Emergency Management Agency. Currently, there’s no government agency, or dollars, devoted to climate change adaptation, relocation or resilience. President Barack Obama did have a task force addressing climate adaptation and challenges like they’re facing in threatened Alaskan villages.

“We were working intensively with the White House,” says Bronen.  “Unfortunately, it’s unclear to me if that work is now continuing at the federal government level.”

So, add it all up: wildfires, invasive species, rising sea levels and displaced people, as well as the fact that the Trump administration doesn’t appear to be addressing the issue. That’s a lot on the plate for the man in charge of Anchorage: Ethan Berkowitz, the city’s mayor. He has a task force studying climate impacts, but basically no budget to address them. 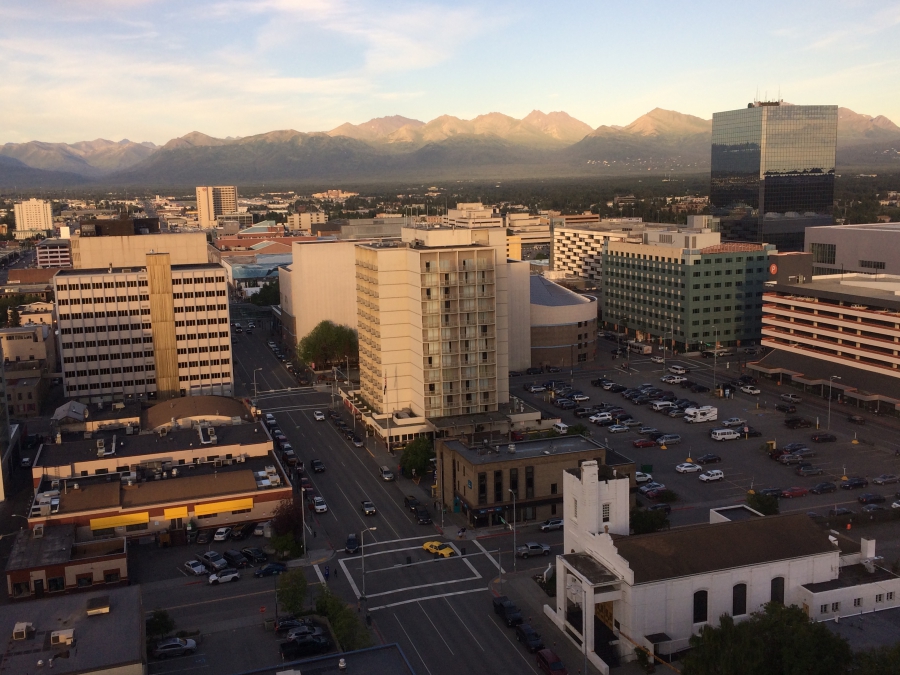 Downtown Anchorage is shown here. Alaska’s largest city’s population is estimated to be close to 300,000.

“It is an issue that I want to contend with; there’s a moral responsibility that comes with it. But climate change is a slow burn, and a lot of the issues I have to contend with are on a much faster fuse," says Berkowitz.

The mayor has to deal with things like public safety, homelessness and building a better city — immediate issues all mayors need to address. Alaska is also grappling with a severe budget shortfall, so Berkowitz isn’t getting much help from the capital, Juneau, these days.

Still, he says the city can factor climate change into many of its development decisions. Berkowitz adds that Anchorage is trying to minimize its own impact on the planet by cutting its use of fossil fuels and turning more toward renewable energy sources, like wind, solar and hydropower.

But that means confronting the state’s lifeblood: oil. The state’s long reliance on oil to drive its economy has made climate change a sticky issue for its elected officials, and many have simply ignored it.

Berkowitz doesn't, but he's ambivalent. He defends Alaska’s oil industry: “The whole world relies on oil. In Alaska, we are of the strong belief that if you’re going [to] depend on oil, you should use Alaskan oil; you should use American oil because the environmental protection that goes into extracting that oil is better than anywhere else in the world.”

But, he adds, you can’t pretend climate change isn’t real.

“Blinding ourselves to truths because they’re inconvenient is a form of folly,” says Berkowitz. “And that’s an abdication of leadership when you do that.”

Berkowitz says Alaskans need to do what Alaskans have always done — get ready for extreme conditions the best way they can.