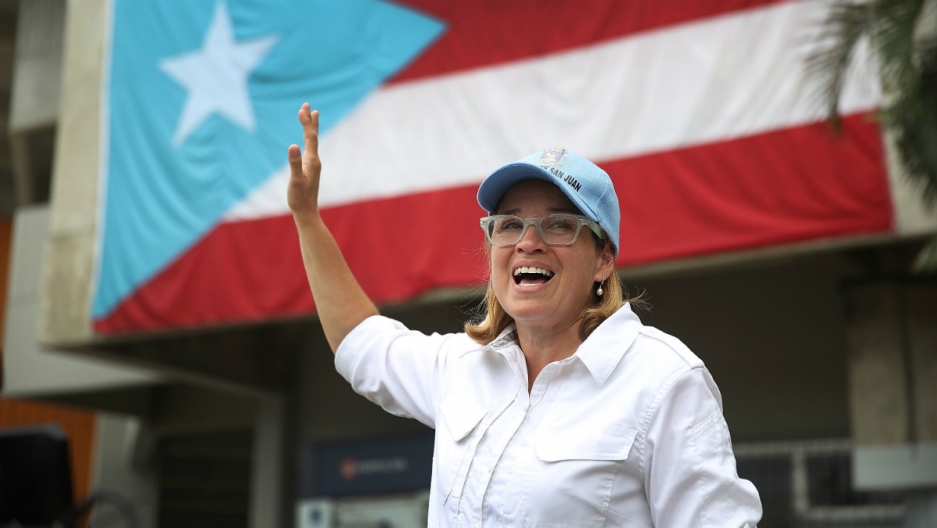 San Juan Mayor Carmen Yulín Cruz speaks to the media in the aftermath of Hurricane Maria on Sept. 30, 2017, in San Juan, Puerto Rico.

The slow pace of federal help to Puerto Rico has other officials taking matters into their own hands.

In Massachusetts, state Rep. Jeffrey Sánchez, is the honorary vice chairman of the Massachusetts United for Puerto Rico Fund, to raise money for hurricane relief efforts. He says he knows other local lawmakers, in other states, have been involved with similar initiatives.

“I think people like myself in local office,” says Sánchez, “they’re hearing pressure from the local constituencies to ... organize the community.”

For Sánchez, what happened in Puerto Rico is personal — he has family there.

“Amidst the crying, and amidst the disaster, there’s an incredible spirit of life,” he says. “Frankly, it's exploding out here to the United States. There’s a connection that’s happening right now.”

Sánchez says he feels heartened after hearing the words “Puerto Rico” in the news more than he ever has before.

And he hopes that in the end, that will mean good things for the island.

You can hear more from state Rep. Jeffrey Sánchez about how Massachusetts is helping Puerto Rico by listening to the audio above.