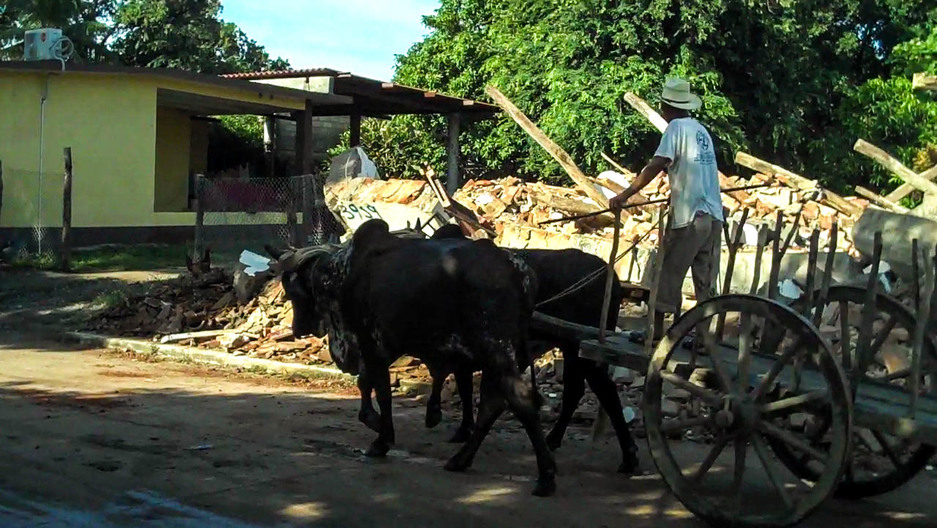 A man drives an oxcart past the rubble of what was once a traditional-style home in Unión Hidalgo, Oaxaca.

On a corner in the city of Juchitán in Oaxaca State, a group of people gathered to look at buildings felled by a strong aftershock on Saturday morning.

The buildings, along one edge of the city’s central plaza, were among dozens that suffered damage during the morning’s 6.1 aftershock that jolted residents across Oaxaca out of bed. It collapsed a bridge and toppled several structures that had been damaged, but were still standing, after the massive 8.2 magnitude earthquake that hit off Mexico’s southern coast on Sept. 7. Just a week and a half later, a 7.1 earthquake struck near Mexico City on Sept. 19. (Mexico’s National Seismological Service says it’s unlikely that the two big earthquakes were directly related since they occurred along different fault lines in separate parts of the country.) 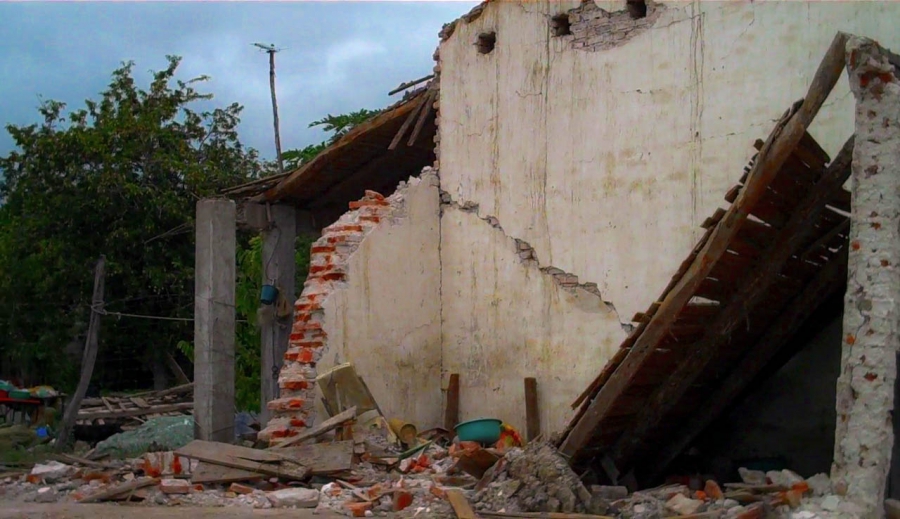 In Oaxaca, locals have been salvaging whole bricks and tiles from rubble piles to reuse in future rebuilding efforts.

For many in Oaxaca, Saturday’s shaking was the third time in as many weeks that an earthquake measuring above a magnitude 6 sent them running outside. It was the strongest of the thousands of aftershocks that have been rocking the region for weeks now.

The constant movements have people in the Isthmus of Tehuantepec on edge. Unlike the national and state capital cities, the region does not have a seismic alert system. So, residents have been relying on their senses and even visual cues, like swaying power lines, to gauge the intensity of an aftershock — or even just confirm that it happened. There have been so many that people are starting to question whether they imagined them.

“We’re not getting any shut-eye because we have to be ready to run,” says Monica Torres. She’s been living in a shelter in the town of San Dionisio del Mar ever since the first earthquake destroyed her home. “Everybody’s blood pressure or sugar levels are going up. Everyone’s sad. We’ve been left without homes.”

The constant shaking is also affecting what people have to eat because they’ve been relying on aid packages filled with nonperishable canned food.

“We almost never eat canned things,” says Neri Sosa, who’s also at the San Dionisio shelter. As its Spanish name suggests, the town is located along the seaside, and fresh fish and shrimp are local staples. But with homes in ruins, and aftershocks causing choppy waters, villagers aren’t fishing much these days. And the price of fresh produce has skyrocketed. 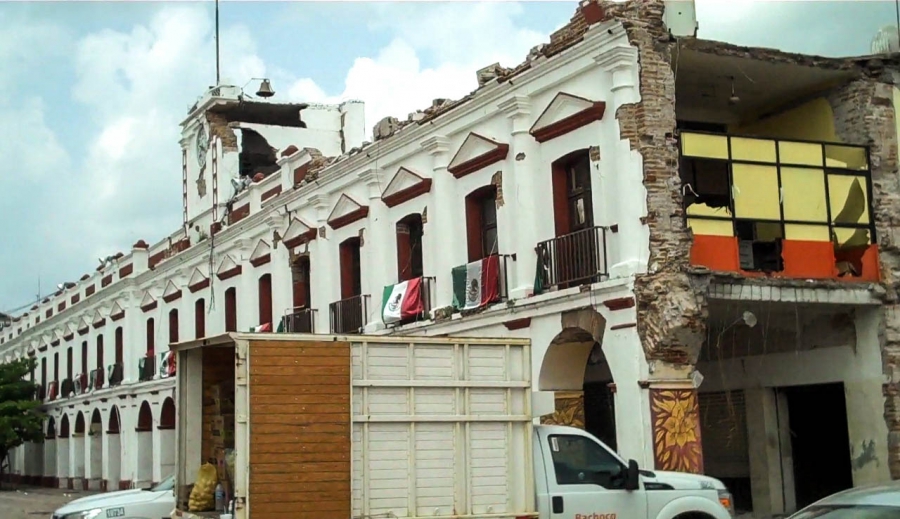 The 8.2 earthquake on Sept. 7 severely damaged Juchitán's best-known landmarks, including the city's 19th-century Municipal Palace and its famous market.

Sosa and Torres help run the community kitchen in the shelter. Over the weekend, they built two traditional wood-burning stoves with donated materials so that people can again make tamales, smoked fish and totopos — a type of flat, perforated tortilla crisp that's a staple in the regional diet. Totopos have been hard to come by since the earthquake destroyed fragile earthenware stoves — as well as the homes of the women who produced totopos on a cottage industry scale.

Sosa and Torres say that cooking helps take the edge off the stress — even something as simple as a familiar meal can provide comfort that has been sorely lacking since Sept. 7. But people here say that before they can even think about getting back to everyday life, the earth first needs to stop shaking.