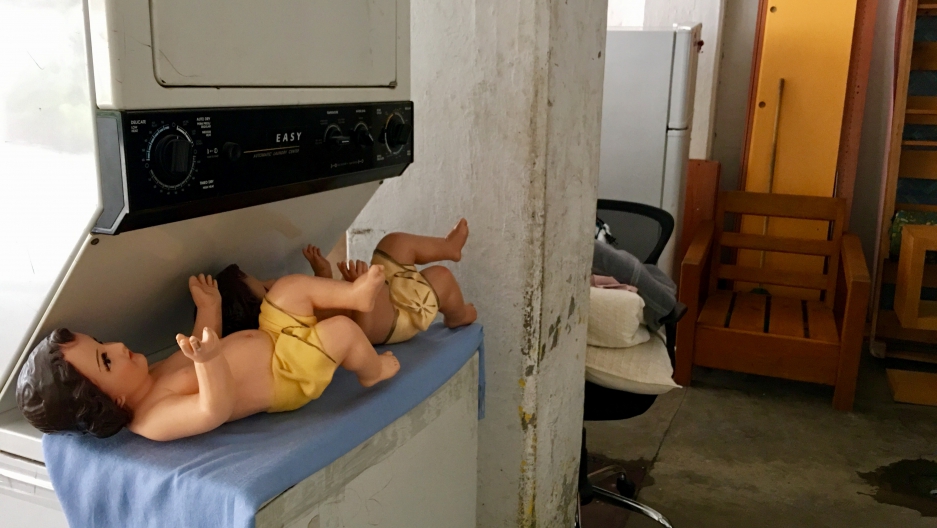 Moving day was quick in many Mexico City homes and apartments badly damaged by the September 19th earthquake.

Mexico City and surrounding states are just recovering from the 7.1 magnitude earthquake on Sept. 19. The official death toll is now 333, and could rise still.

What happened a week ago changed the lives of many people in Mexico, including The World’s Monica Campbell, who is based in Mexico City — although leaving shortly for the San Francisco Bay Area, a plan accelerated by the quake. Her apartment building in the Colonia Condesa, one of the harder hit areas, has put her in the ranks of thousands of others in the country, staying with family, friends or shelters.

We asked Campbell what she was seeing and hearing one week on from the quake. She also spent time with a brigade of civil engineers responding to inspection requests from residents who fear that structural damage to their homes could lead to disaster when the next quake strikes.

When Campbell walked up to her badly damaged building, neighbors stood outside, trying to figure out what would come next.

Gaby, a housekeeper who says she is leaving the city, described what worried her most right now: “work.” Her family can’t go without her working — they live week to week.

Listen to Monica Campbell's reporting from post-earthquake Mexico City on The World, in the audio above.