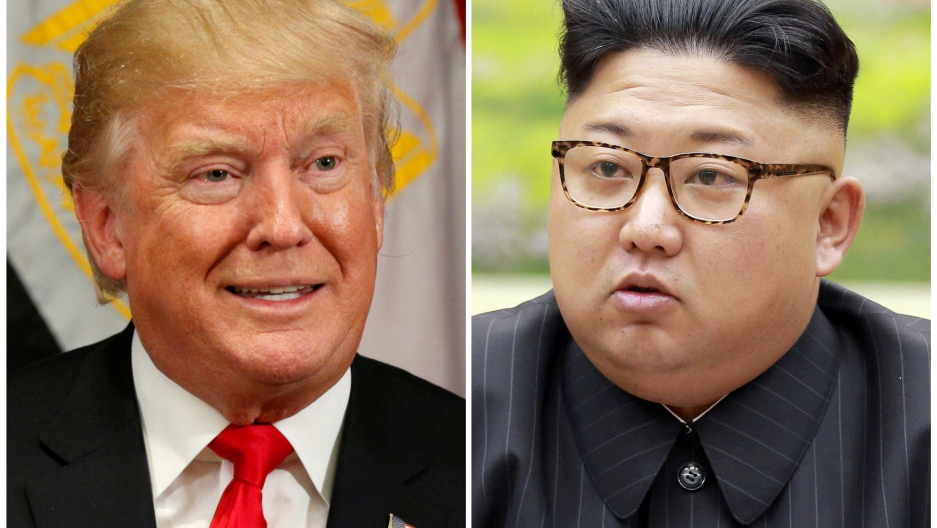 The heated rhetoric between Donald Trump and Kim Jong-un shows no signs of abating.

The rhetoric between Pyongyang and Washington is red hot these days.

But when President Donald Trump was asked about the turmoil at a press conference Tuesday, he shifted responsibility to previous administrations.

In President Barack Obama's White House, Jeffrey Bader participated in Oval Office discussions about how to reign in North Korea. He agrees that Pyongyang's belligerence has "bedeviled" successive administrations.

"We looked for all manner of ways to deter North Korea and to try to change their behavior without great success," notes Bader, Obama's principal advisor on Asia from 2009 to 2011. "But I've never heard any military leaders or senior officials of the United States suggest that getting into a name calling contest in which we escalate threats on both sides was likely to lead to any positive results."

Both Washington and Pyongyang have much to gain from avoiding confrontation.

Still, the unthinkable could happen.

"There can always be a miscalcuation," Bader warns.

If President Trump decided to take action and launch a nuclear attack on North Korea or another nation on his own authority, his chief of staff, national security advisors, lawmakers, even the generals who have to execute the order, would have no recourse if they disagreed.

That strikes Bader as wrong-headed.

In a recent New York Times op-ed, he and Jonathan D. Pollack, a senior fellow at the Brookings Institution, argue it's time for the US Congress to reclaim some of its authority in the nuclear realm.

"We should have a change in the law so that key officials for the whole of the Congressional leadership should have to sign off on a pre-emptive or preventative nuclear strike by the president," Bader says.

"I find it hard to believe that [Defense Secretary] Gen. [James] Mattis would assent to a pre-emptive nuclear strike under any foreseeable circumstances. He would presumably have to resign if he objected. And the president, presumably could proceed with another official. So I don't think that the current legal arrangements are sufficient. That's why I think we need to change the law."